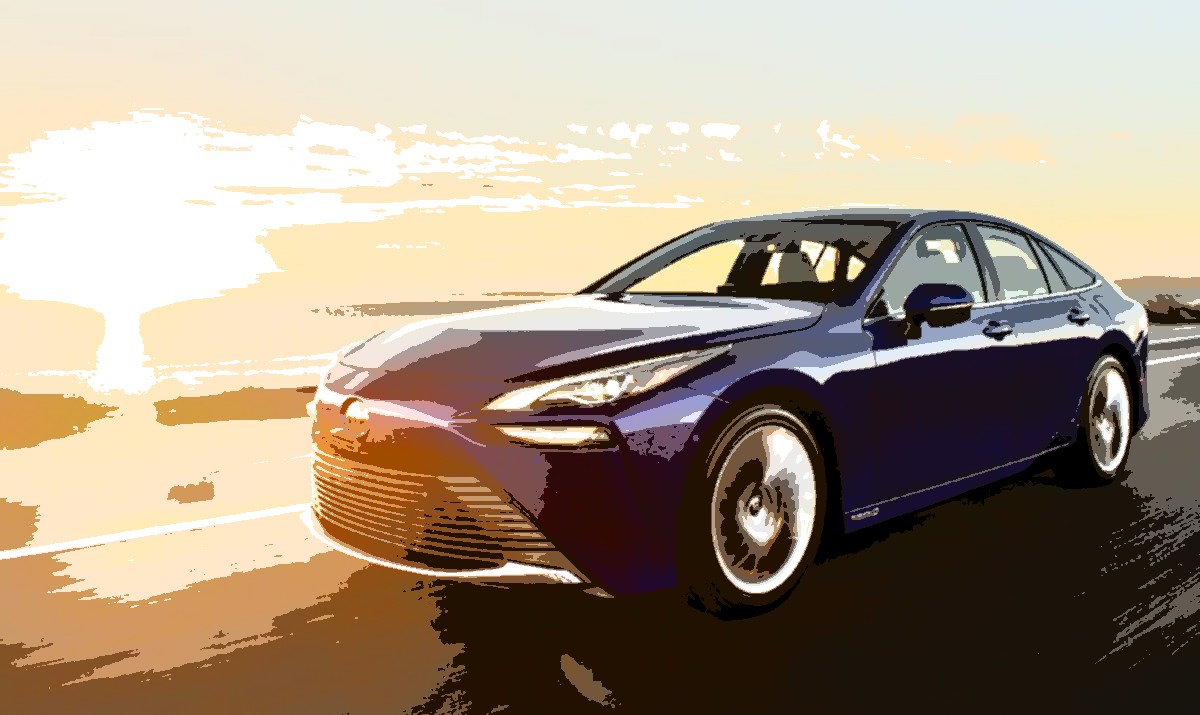 Toyota’s hydrogen-powered Mirai has entered the history books, with a Guinness record for the longest distance travelled by a hydrogen fuel cell electric vehicle without stopping to refuel.

Mirai achieved an unprecedented 845 miles (1360km) with a single, five-minute complete fill of hydrogen during a round trip tour of Southern California.

The official record attempt was closely monitored by Guinness World Records and adhered to its strict rules and documentation procedures.

Guinness adjudicator, Michael Empric, validated the Mirai’s tank with a seal at both the beginning and end of the journey.

The duo traveled south to San Ysidro and then north to Santa Barbara cruising through Santa Monica and Malibu beach along the Pacific Coast Highway.

They returned to TTC that evening and logged 473 miles (761km) with only two driver swaps that day.

The next day, August 24, 2021, consisted of more local driving loops, where they pushed through 372 more miles (599km) of morning and afternoon rush hour traffic on the San Diego freeway between Los Angeles and Orange County until the Mirai had no more hydrogen left and coasted into TTC with a grand total of 845 miles (1360km) driven, as witnessed by Empric.

By the end of the trip, the Mirai had consumed a total of 5.65kg of hydrogen and passed a total of 12 hydrogen stations along the drive routes without refueling.

The Mirai was driven mainly during rush hour traffic in temperatures between 18 and 28 degrees Celcius.

It emitted zero kilos of CO2, where a standard internal combustion engine vehicle would have emitted about 301kg of CO2 over the same distance.

The landmark results were achieved by drivers skilled in hypermiling techniques that optimised the Mirai’s vehicle performance under specific weather and driving conditions.

“As a Guinness world records adjudicator for 10 years, I’ve had the opportunity to witness incredible attempts, including several distance-related feats,” Empric said.

“The Toyota Mirai’s journey without the need to refuel showcases the power of fuel cell electric technology. This technology and the design ingenuity by the team at Toyota led to a history-making moment.”

Mirai has come a long way since the FCV Concept that we drove back in 2013 in Nagoya, Japan.

Back then Toyota predicted fuel cell vehicles would be in widespread use from the 2020s.

At the time Toyota Australia’s Tony Cramb said the FCV Concept showed Toyota was a pioneering company that achieved great results when it set its mind to a challenge.

“When Toyota introduced the Prius in 1997, no-one knew what a hybrid was – or that Toyota had been developing the technology for more than 30 years,” Mr Cramb said.

Cramb was right about one thing.