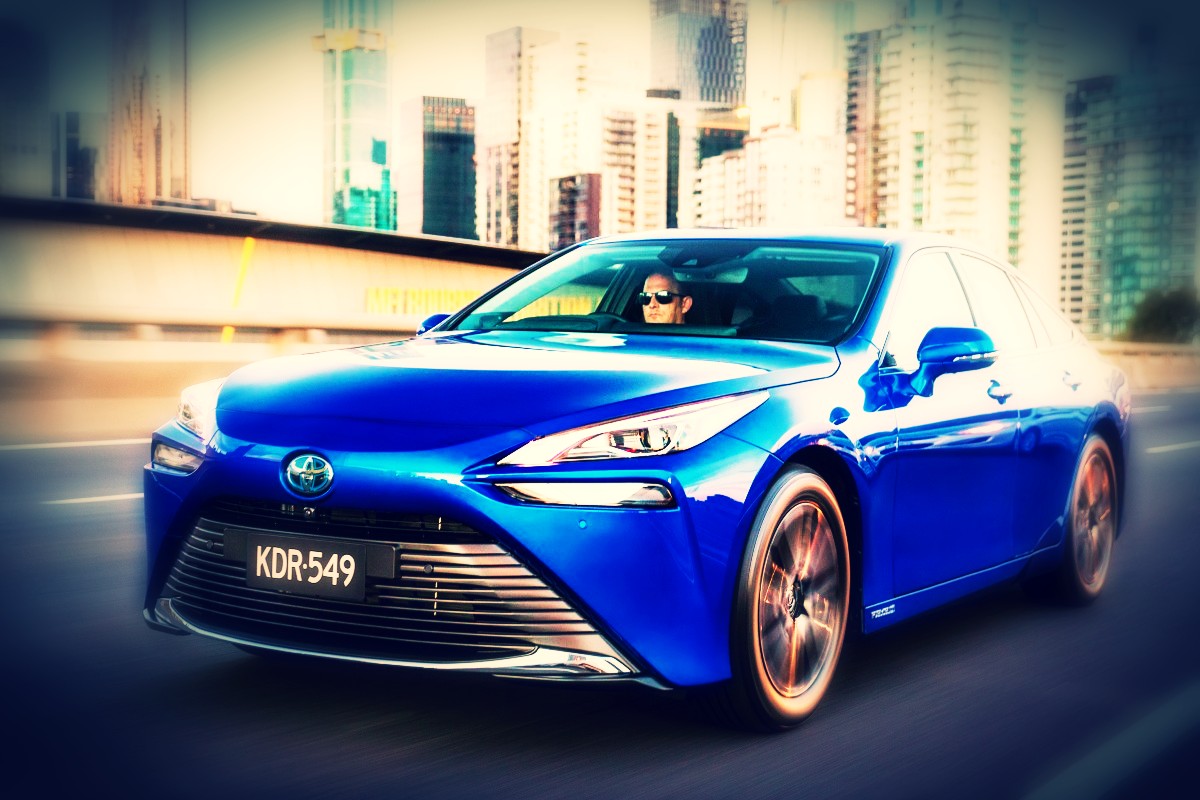 The wheels of progress turn slowly but they made a full revolution this week with the handover of a Toyota Mirai fuel cell vehicle to the CSIRO for extended testing.

Australia’s national science agency has become the country’s first organisation to lease the all-new Mirai which runs on hydrogen and emits only water vapour.

The vehicle will be used for testing at CSIRO’s test hydrogen refuelling facility in Victoria, currently being developed.

Toyota is importing 20 second-generation Mirai FCEVs to lease to progressive businesses and organisations for three years to further demonstrate the viability of hydrogen fuel cell technology.

CSIRO Chief Exec Dr Larry Marshall said the organisation’s newly launched Hydrogen Industry Mission was the key to creating a new industry for the future energy needs of Australia and the world.

“Australia can become a renewable energy leader through the production, use and export of hydrogen, but it will only become a reality if we breakthrough the $2/kg barrier.

The membrane separates ultra-high purity hydrogen from ammonia, while blocking all other gases.

In the latest Mirai leased by the CSIRO, hydrogen is stored on board in three carbon-fibre tanks that gives a range of approximately 650km.

Refuelling the tanks takes between three to five minutes

The onboard hydrogen is combined with purified air from the atmosphere in the fuel cell.

Toyota Australia Manager Future Technologies and Mobility, Matt Macleod said Toyota was committed to providing a range of electrified vehicles on its path towards carbon neutrality as part of its zero emissions goal under the Toyota Environmental Challenge 2050.

Lexus adds to the electric tally

“The Toyota Mirai is already on sale in the UK, Europe and US but here in Australia, a lack of refuelling infrastructure has been the biggest challenge to introducing vehicles like Mirai,” Mr Macleod said.

“However, that is slowly changing with the commissioning of our own commercial grade hydrogen production and refuelling facility at the Toyota Centre of Excellence at Altona in March, and the CSIRO’s own plans to build a small-scale hydrogen refueller as part of the Victorian Hydrogen Hub (VH2) on the other side of Melbourne at Clayton.

“By working with the CSIRO and other like-minded business, industry and government partners, we can demonstrate that FCEVs can play a significant role in helping to reduce our carbon footprint and secure a sustainable future for a range of transport and energy requirements,” he said.