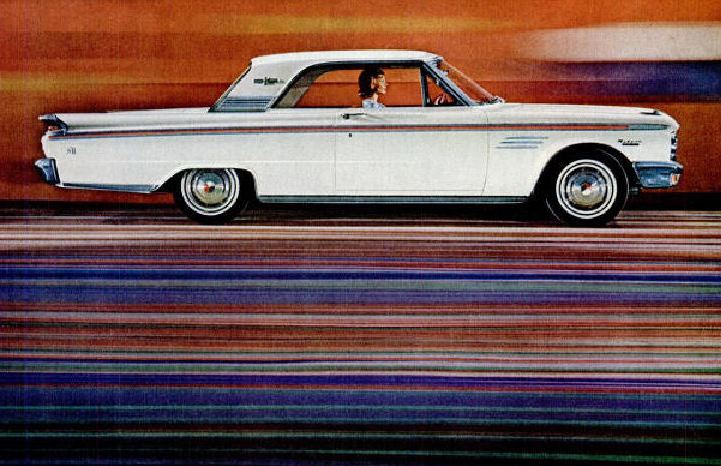 In our digital and YouTube world the impact of a great print media car advertisement has long gone.

I can remember looking at the car ads in National Geographic back in the 1960s and thinking, “WOW” — both at the cars and the ads themselves.

Chances are that many of the best photographic images were taken by Boulevard Photographic, a Detroit company owned by photographers Mickey McGuire and Jim Northmore.

From the mid-1950s to the 1990s, these guys revolutionised the photography of car ads in print.

They pioneered front-projection screens, double exposures, motion rigs, tilt-and shift lenses to create compositions the likes of which had previously been the exclusive province of artists wielding pens and brushes.

They found ways to photographically “enhance” a car’s width and length.

One of their most famous early examples was for the 1958 Lincoln.

Already a long and wide car, the photographic enhancements stretched it to the point where the wheel started to take on an oval shape.

Boulevard also had that special ability to find a car’s most photographic angle and emphasise it.

Their dramatic images for the 1956 Dodge focused on the tail fins almost to the exclusion of all else.

Then there was the famed artist duo Fitz and Van — Art Fitzpatrick and Van Kaufman.

Their hand drawn work featured in Pontiac’s advertising and brochures in the 1960s.

The advertisements they penned are now considered the best of the art form and had a lot to do with Pontiac’s rise to the number three position in sales behind Chevrolet and Ford in the USA.

Art Fitzpatrick drew the cars, in razor sharp clarity, and his style was to make them look even lower and wider than they already were without them looking cartoon like.

Van Kaufman drew the dreamy and exotic scenery and populated it with visually successful people.

Many of their advertisements were signed, such was their popularity.

What automotive print advertisements do you admire?