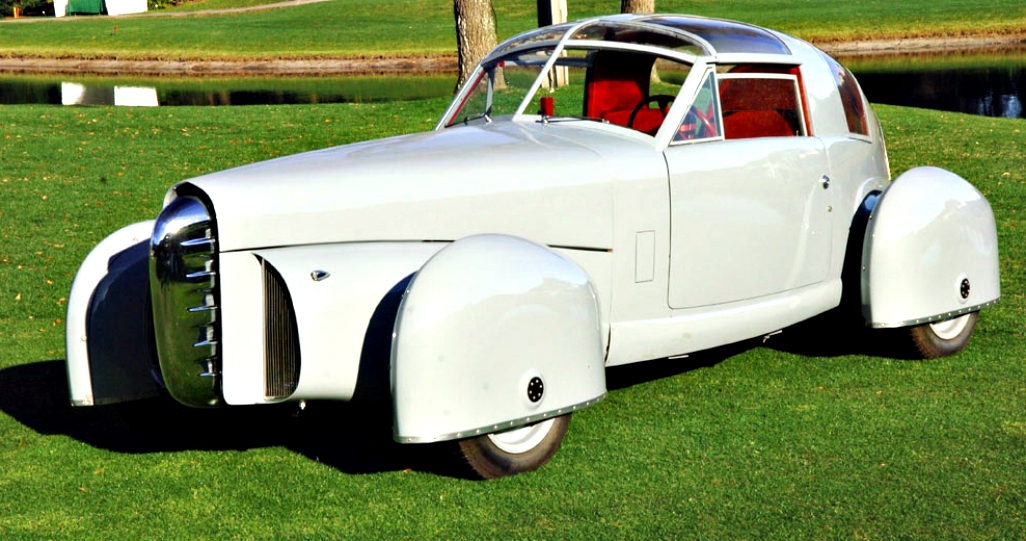 Hands up all of those who think the 1968 Chevrolet Corvette was the first car with a T-top?

Porsche 911 fans will argue that the 911 boasted a Targa top as far back as 1966, but it was roll bar and a full width, removal roof section.

Wrong again no “T” there.

Triumph devotees will go even further back, to 1961, and the TR4.

It had fixed rear window with a removable canvas roof stretched between it and the front windscreen.

The real inventor of the first T-top was Gordon Buehrig, way back in 1948.

Yes, that Gordon Buehrig, the same guy who shaped 1930s Auburns and Duesenbergs, and the iconic 810/812 Cord. 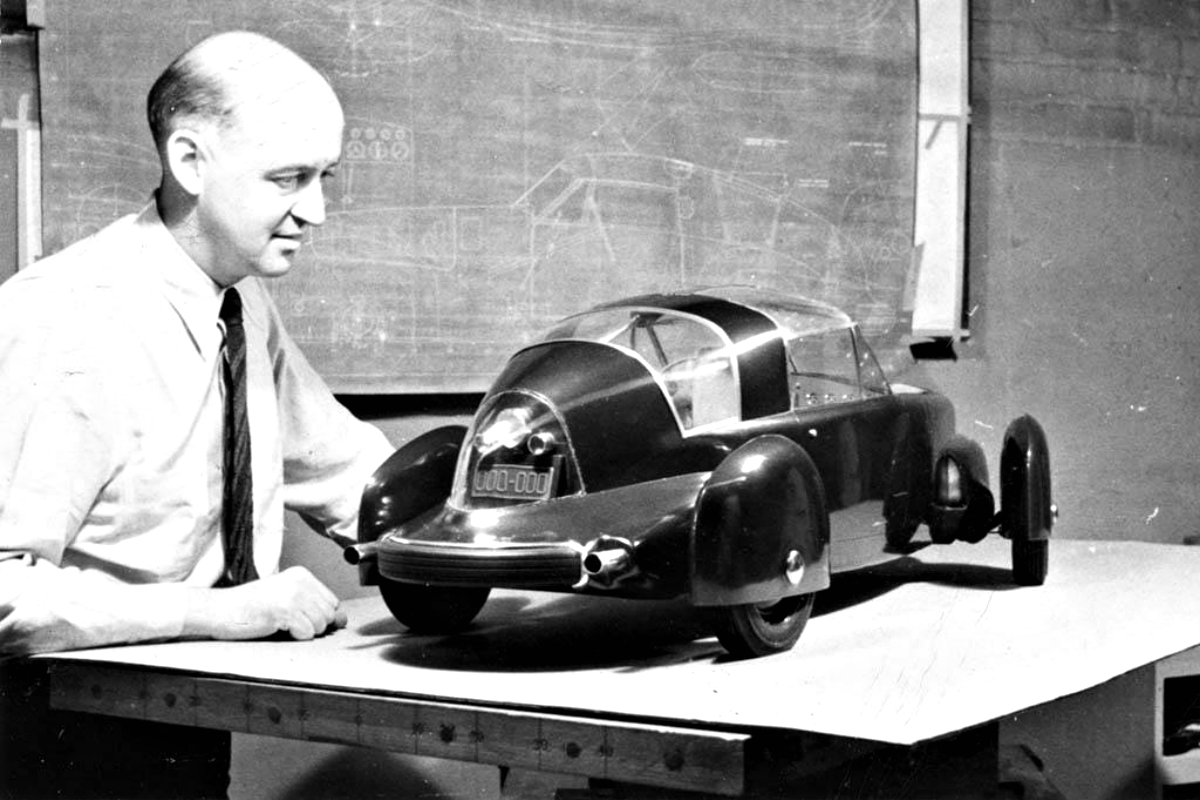 It sits sulking in a corner on the second floor of the Auburn Duesenberg Cord (ADC) Museum in Auburn, Indiana.

You can easily miss it if you walk by quickly.

The T-top had its genesis in a sports car that Buehrig decided to build.

In 1948 , he and some business associates decided to design and manufacture an “all-American” two-seat sports car.

They set up The American Sports Car Company, and used an acronym of the company as the name of its first car — the Tasco.

After some discussion, it was agreed the Tasco ought to be a closed coupe, but with the open air experience of a convertible.

That’s where Buehrig’s idea for a T-top came in.

The 2020 equivalent of $5 million was spent to build one prototype which was shown across America to an underwhelming response.

If the price was not enough to scare away most of the prospective customers, then the weird styling took care of the rest.

This was one strange and ugly automobile.

Very quickly the company folded and Buehrig went to Ford to head up one of their advanced styling studios, designing the first Crown Victoria hardtop coupe.

The Tasco remains in good condition, as befits a car in the care of the folks at the ADC Museum

It is sometimes seen at car shows.

Buehrig was granted a patent on the T-top idea in 1949.

He tried to interest Ford, Chrysler and General Motors in the idea but no one could see their value in a world full of real convertibles.

Then came Ralph Nader’s pivotal tome ‘Unsafe At Any Speed’, and suddenly the roll over safety of convertibles became a news topic.

In 1968, Chevrolet released the Corvette with a T-top option.

Buehrig ‘s patent was still operable so he sued GM and won some compensation for infringement of copyright.

With the advent of retractable steel roof convertibles and improved roll over safety, T-tops have long disappeared. 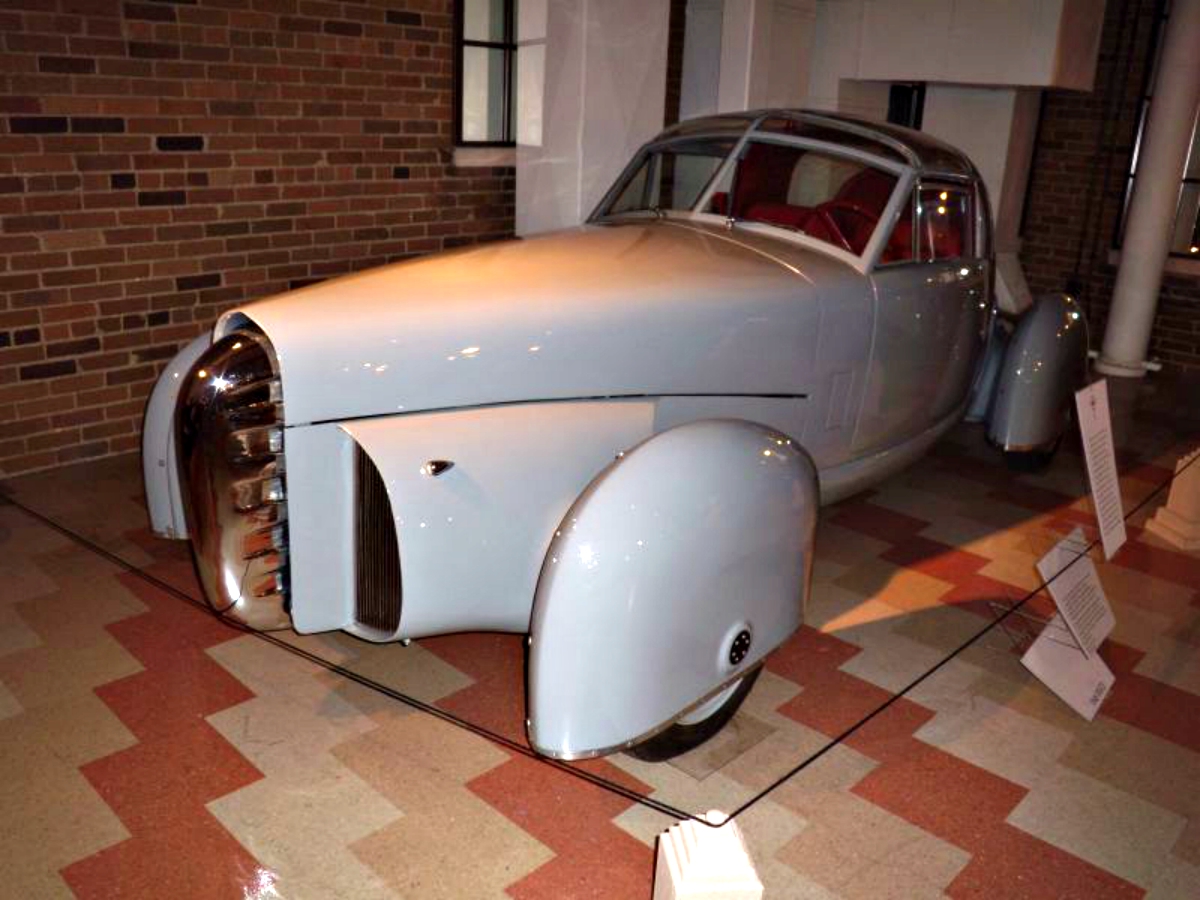