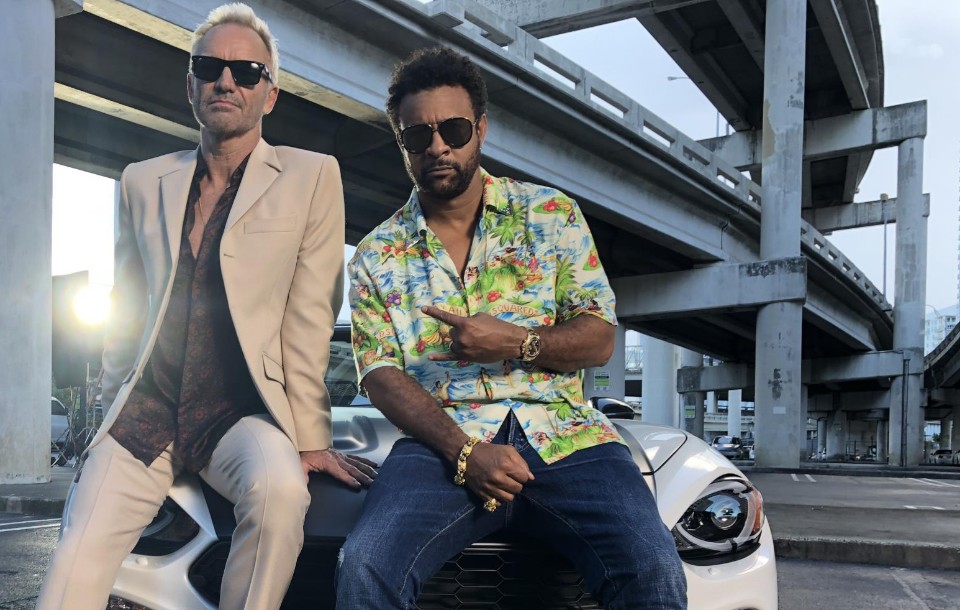 Sting and Shaggy stakeout the Spider

Product placement is 24 karat gold when it comes to advertising.

A paid advertisement is one thing, but if you can get your product featured as part of content, that’s an entirely different ball game.

It’s the reason viewers often see the glowing Apple logo staring back from screens in movies and TV shows and why beer is conveniently turned around so you can see the label when characters slake their thirst.

Car makers also like to see the stars driving their wheels on the screen, because it drives up sales quicker than a Ferrari off the mark.

Which brings us to Fiat-Chrysler which has scored a major coup with its Fiat 124 Spider Abarth winning a starring role alongside Sting and Shaggy in the music video for their new track Gotta Get Back My Baby.

The track is off their album 44/876 which has spent 17 weeks a the top of the Billboard Reggae chart.

The video pairs Sting and Shaggy as two Miami detectives who convince their captain that they’re “going to need the Spider” (his prized Fiat 124 Spider Abarth), as part of their South Beach stakeout for “the most dangerous woman in the country.”

What could go wrong?

The official YouTube music video, which has chalked up more than 2.3 million views in just a few days, was directed by Michael Garcia.

CHECKOUT: Whoever made this 70s commercial should be making movies