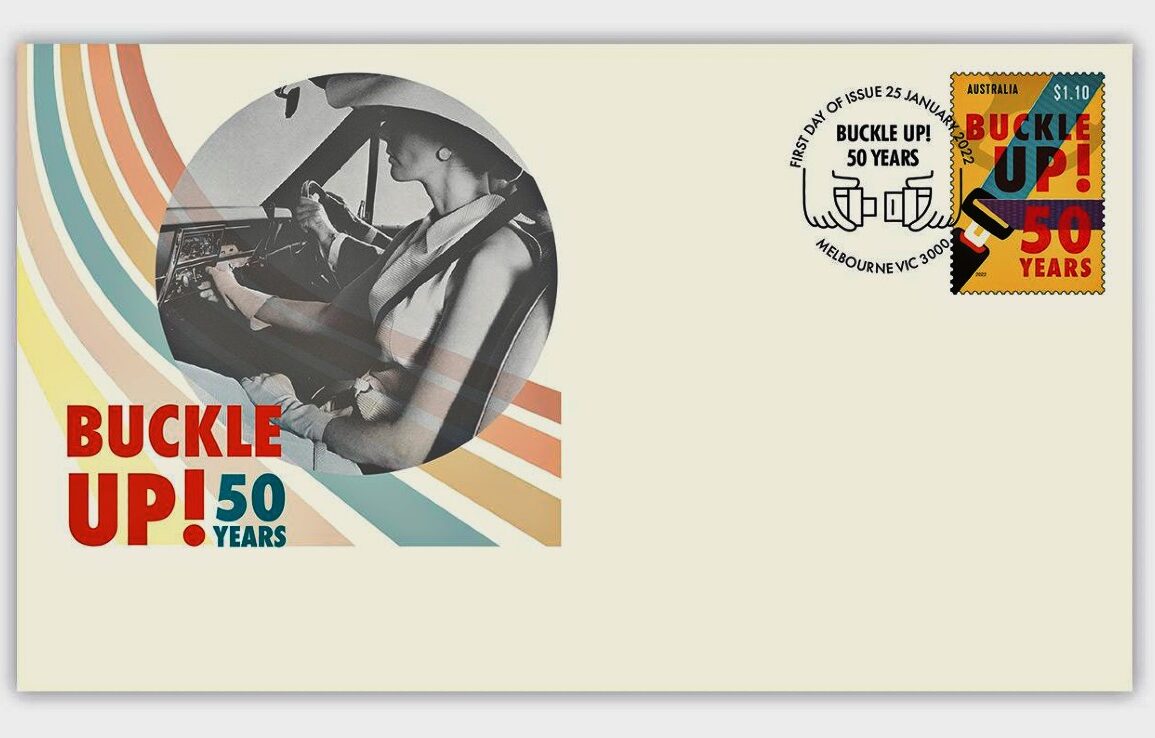 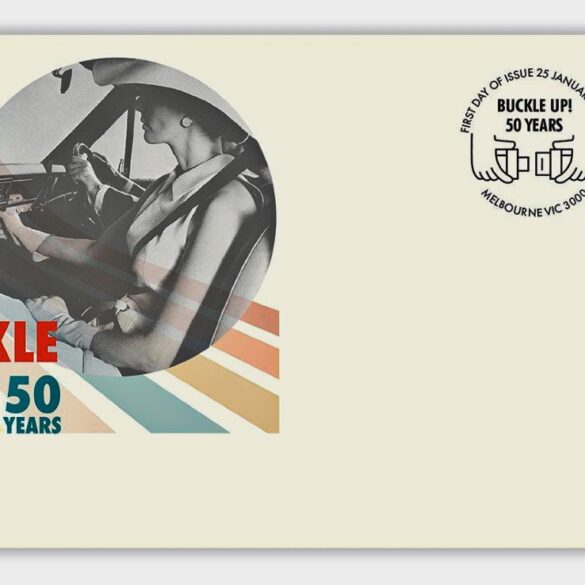 Australia Post has released a new stamp to commemorate 50 years since Australia became the first country in the world to legislate for compulsory seatbelt wearing in front and back seats.

With road-user behaviour among state and territory responsibilities, Victoria led the way in passing seatbelt legislation on December 22, 1970.

New South Wales followed on October 1, 1971 and all remaining states and territories passed legislation by January 1, 1972.

Australia Post Group Manager Philatelic Michael Zsolt said the 50th anniversary of this world-first achievement was more than worthy of being recognised as part of Australia Post’s stamp program.

“We have thousands of Australia Post drivers and posties on the road every day right across the country, so road safety is something that is close to our heart,” he said.

“Even though it seems like an obvious road-safety measure, the path leading to legislation took years of research, campaigning and public education, and it has helped to protect Australian road users from fatality and serious injury for five decades.”

Acting CEO of Victoria’s Transport Accident Commission, Liz Cairns, said while seatbelts were now considered a simple life-saving device, it was no mean feat passing the legislation in 1970.

“Making the wearing of seatbelts compulsory was a major step in setting Victoria and Australia on the path as a world leader in road safety, and this stamp is a fitting way to commemorate this milestone,” she said.

Today, figures indicate that wearing a seatbelt reduces the risk of fatality and serious injury in road accidents by about 50 per cent.

The $1.10 stamp, designed by Nigel Buchanan, and associated products including a sheetlet pack, are on sale at participating Post Offices, via mail order on 1800 331 794, and online while stocks last.

CHECKOUT: Chance to own digital GTHO