Australia Post has released a set if five stamps celebrating the passing of an Australian icon — Holden.

“Through our stamp releases, we’re in a unique position to highlight and honour important Australian icons and this stamp issue recognises the incredible impact that Holden had on the Australian cultural fabric,” she said.

“For generations, Holden vehicles were a constant presence in key industries, such as farming and law enforcement and a much-loved part of many Australian households.”

“These five stamps feature iconic vehicles which encapsulate the passion people have for the brand, whether they be past employees who helped develop these vehicles or those who purchased them,” he said.

“It’s an absolute privilege to have this incredible heritage recognised in such a way by Australia Post.”

Over the course of six decades, Holden constructed more than 7.6 million vehicles for Australia and the world.

General Motors continues to provide after sales service, support and parts to the 1.6 million Holdens still on the road across the country.

The five $1.10 stamps will be available until September 30 or while stocks last.

Additional products including a first day cover, stamp pack, maxicards and a minisheet are also available.

Medallion covers will be available from April.

Stamps and associated products are available for purchase at participating Post Offices, via mail order on 1800 331 794, and online at auspost.com.au/stamps. 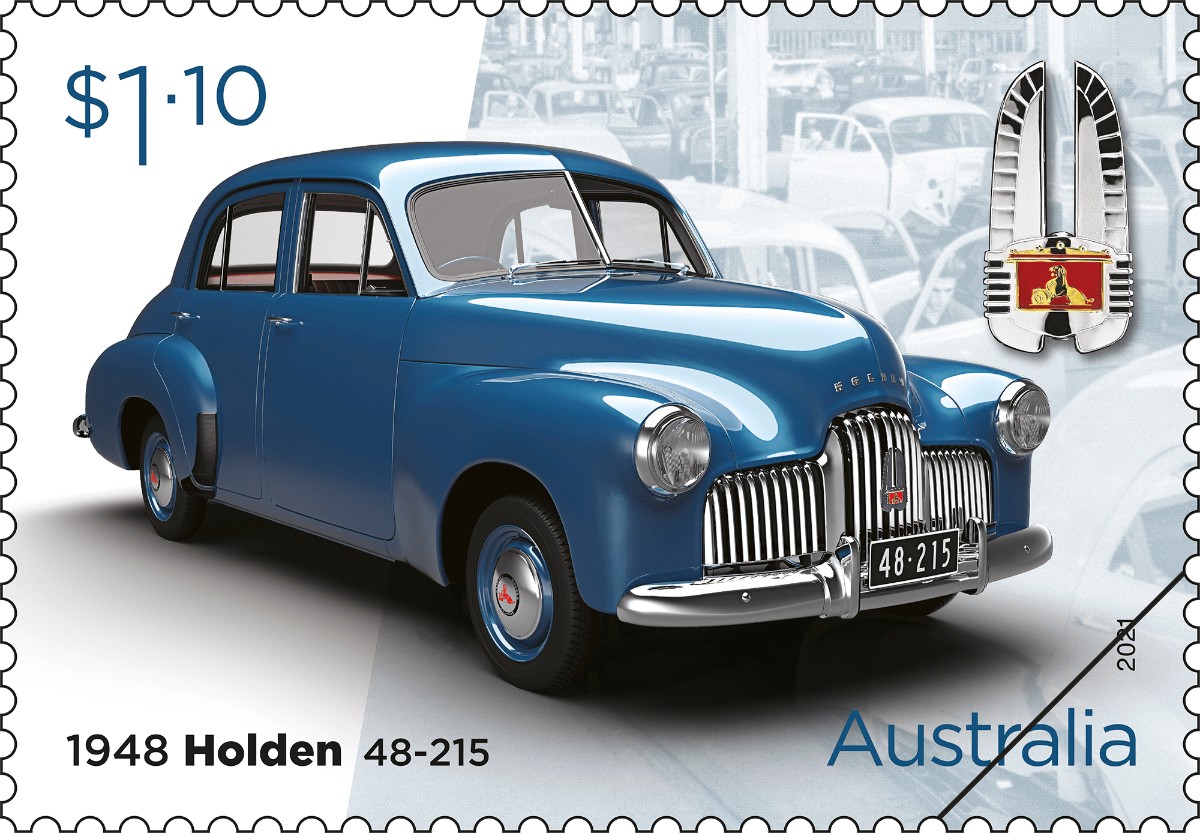 Upon seeing that first Holden roll off the assembly line, then prime minister Ben Chifley exclaimed, “she’s a beauty!”

The FX became the highest-selling passenger car in Australia by 1950.

Featuring the latest in unitary construction techniques, the FX was comfortable to drive, with room for six passengers.

It handled perfectly in Australia’s rough and rugged conditions, powered by a Stovebolt six-cylinder OHV engine and a three-speed manual gearbox, with column change.

The stamp design includes the FX car badge as well as a photograph of the Holden production line. 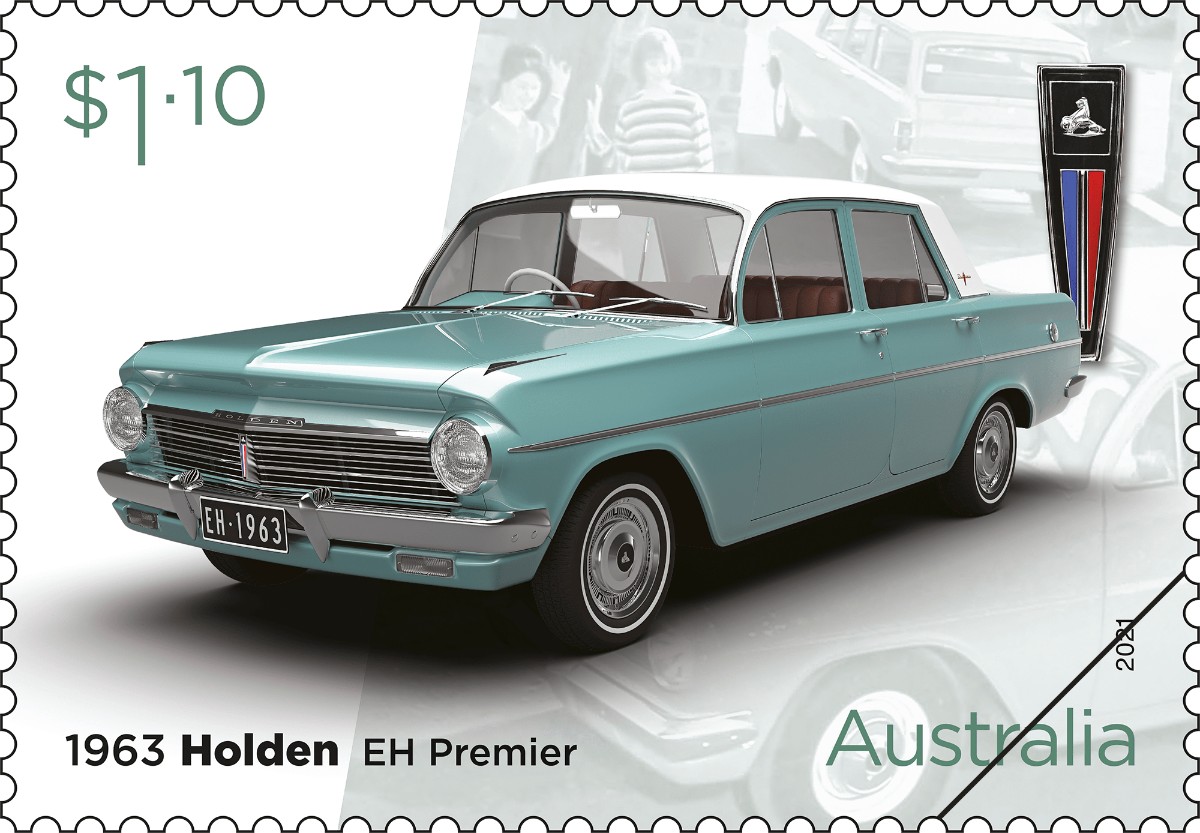 The EH heralded big mechanical changes, in the form of the new “red” engine, which boasted a bigger bore and shorter stroke, plus a higher compression ratio, to boost output to almost double that of 1948’s FX.

Inside was luxurious leather upholstery, a white steering wheel, carpet on the floor, a folding rear seat armrest and chrome sill plates.

As well as the car badge, the stamp design features a background photograph of an EH in a suburban setting. 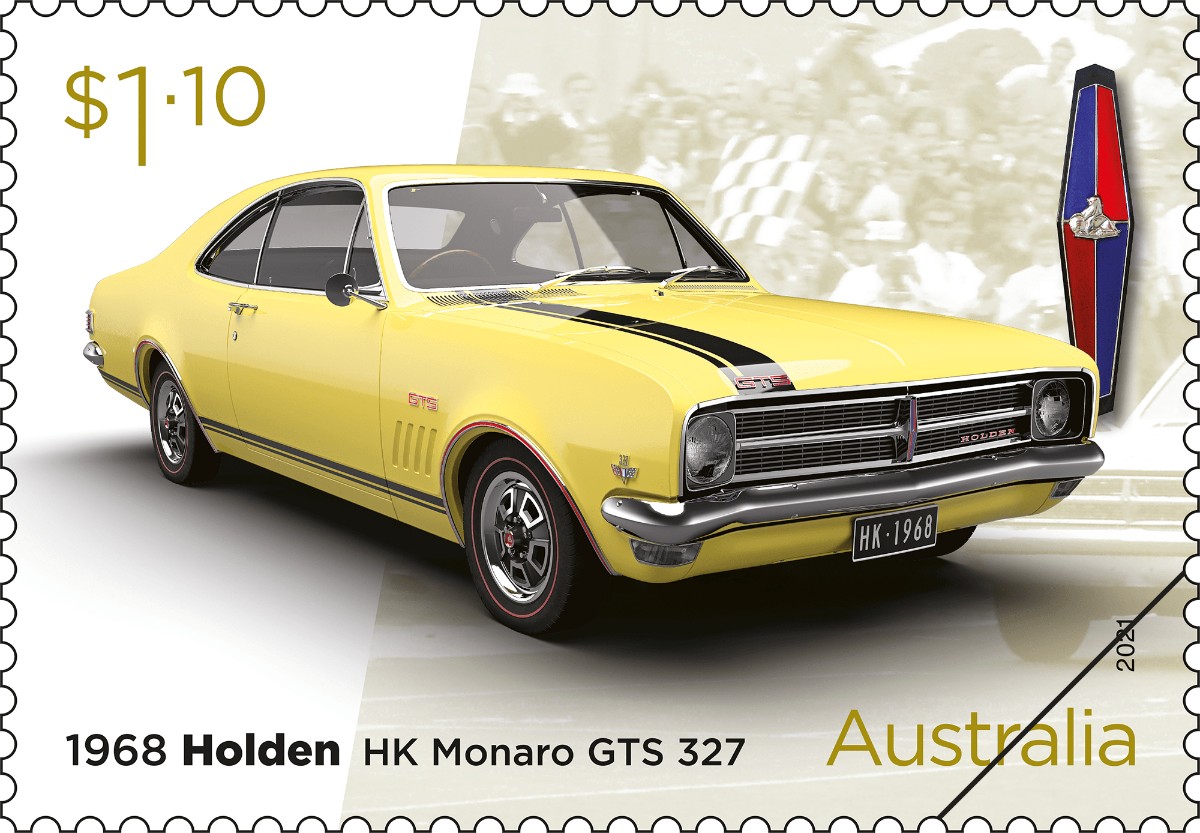 With a Chevrolet V8 engine, it could reach speeds of 201km/h, unimaginable just 18 months earlier.

Privateer Bruce McPhee drove a Monaro GTS 327 to victory in the 1968 Bathurst race, the first win for a Holden at Mount Panorama.

The HK also became the first Holden to receive the coveted Wheels Car of the Year award.

In the stamp background is a photograph of a Monaro at Bathurst, as well as the car model’s badge. 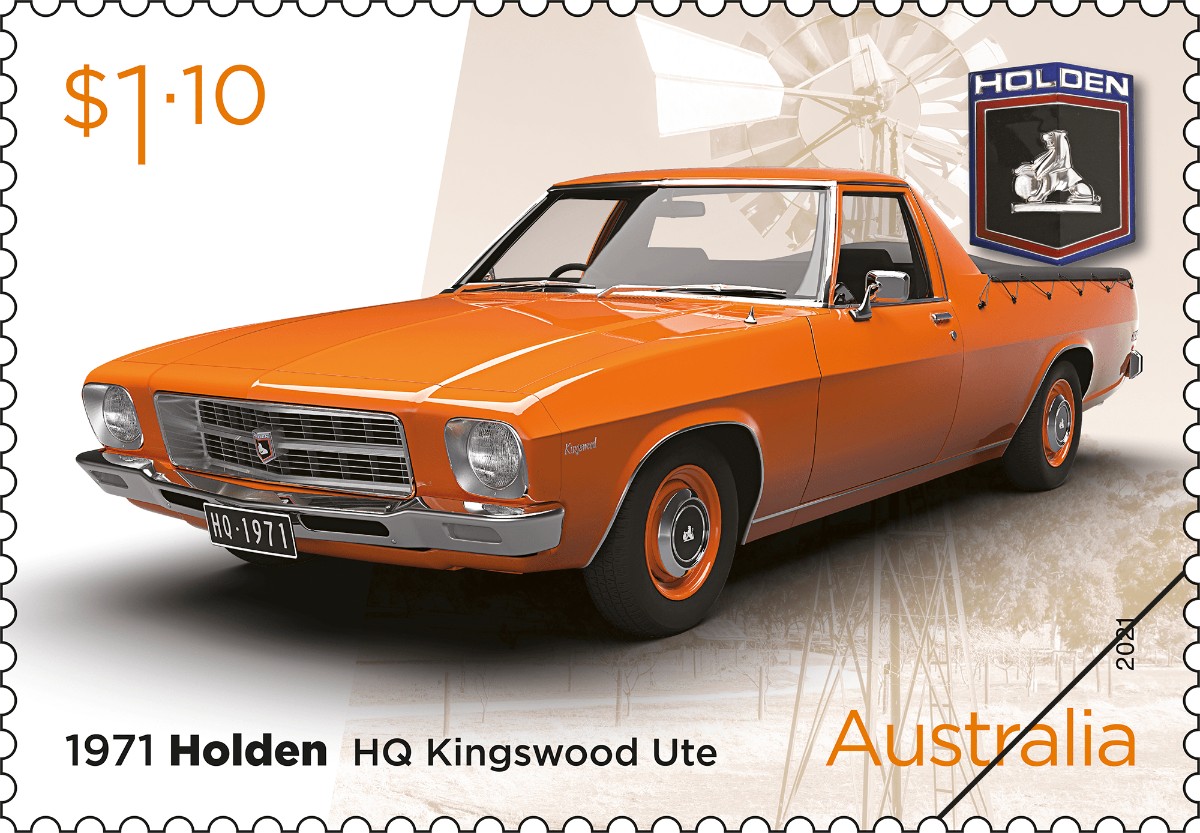 The 1971 Holden HQ Kingswood Utility, the classic ride for farmers and tradies, was the first Holden ute to feature a full unitary body and full-perimeter chassis.

Combined with stronger rear leaf springs and a steel load floor, this was a strong and reliable load-carrying machine.

The background photograph represents the affinity between this car model and country Australia. Also featured is the car badge. 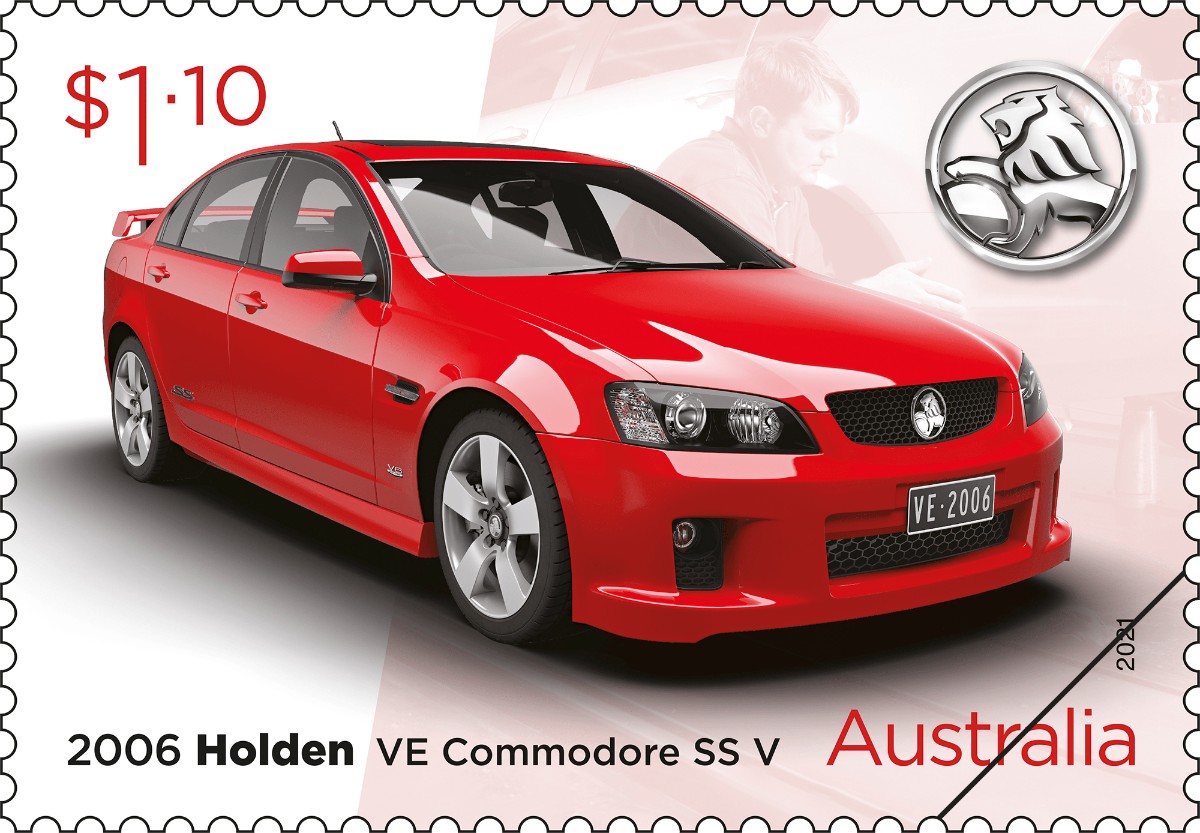 Upon its release in 2006, the VE Commodore was lauded, winning Wheels Car of the Year for its design, engineering and sophistication.

Dubbed Holden’s “billion-dollar baby”, due to the record level of investment, the VE became the highest-selling Holden car model series and took Holden to its last major milestone before the retirement of the brand – the seven-millionth Holden produced.

As well as presenting the car badge, this stamp’s background photograph represents Holden’s emphasis on engineering and design.