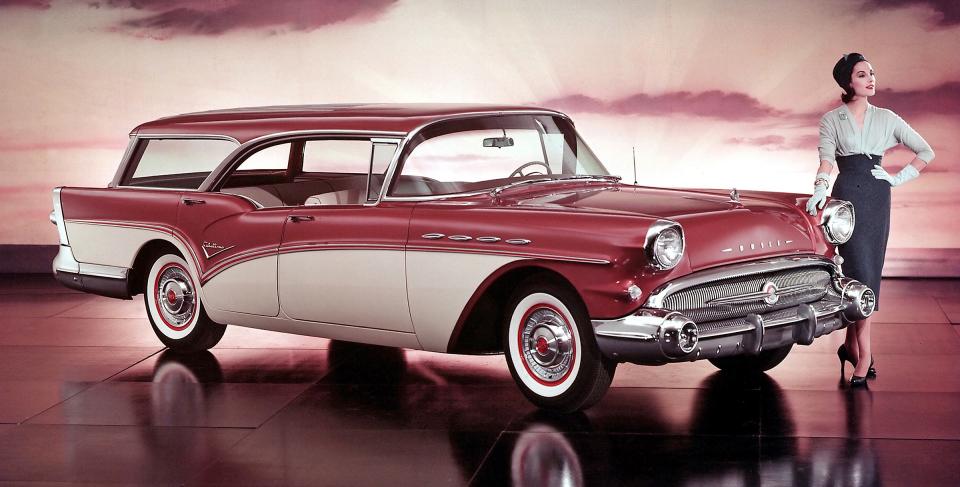 Remember station wagons? They used to be everywhere.

That was until the world discovered the delights of big, wide and high SUVs.

In the 60s and early 70s every second family seemed to own a wagon.

The choice was mostly limited to the holy trinity: Holden, Ford or Valiant.

Some adventurous types tried a Vanguard Spacemaster or Austin Freeway.

One of my aunts bought an HD Holden wagon off the showroom floor the week they were released in February, 1965.

It was a Special with a white exterior and bright red interior.

The steering wheel was coloured coded to the interior.

She drove it around to our place and parked it beside our grey EH sedan.

Neighbours poured out of their houses to ogle its long, low look and blade front mudguards.

The HD sedan and wagon were styled by American Leo Pruneau, at GM’s global design studios in Detroit.

Wagons are not big sellers these days.

Crossovers and SUVs have taken over.

But, on the classic car scene, wagons are starting to attract buyer attention.

The hot items in the US are the four-door pillarless hardtop wagons made by American Motors, Chrysler, Mercury, Buick and Oldsmobile — from 1956 through to 1964.

When new, these wagons were always priced at the top of the range and loaded with luxury accessories.

Park one in your driveway and it yelled out to your neighbours that you could afford elegant style and suburban practicality in one package.

These were the Porsche Cayenne and Audi Q7s of their era.

These days one of the most sought after of these luxo barges is the 1957 Buick Century Caballero Estate Wagon.

With 300 horsepower V8s, these boulevard cruisers boasted a massive 2.6 metres of load space with the rear seats folded down.

The hardtop styling was elegant with just three slim chromed pillars supporting a roof so large you could have pitched a six-person tent and a BBQ on its expanse.

Mind you, the four-door pillarless design meant that structural robustness was somewhat compromised.

They did rattle, twist and shake — even when new.

Just over 10,000 were sold and many succumbed to structural failure, which is why they are so rare now.

In Australia the most popular wagon for collectors and restorers is the EH Holden and the rarest is the wood-panelled Falcon Squire.

The Falcon Squire is in a class of its own.

Who can forget them, what with all that fake wood glued to the sides, in an attempt to replicate “woodies” from the late 1940s.

They were the top of the range Falcons boasting deep pile carpet and a power tailgate, but buyers did not like the overt American styling gimmicks and stayed away in droves.

However, as is the way with so many cars which were unloved when new, they now command prices beyond $30,000.

My local favourite is the 1974 Falcon wagon.

This was no small automobile.

Sitting on the Fairlane’s 116-inch wheelbase (2947mm if you are into metrics.), with front end styling lifted directly from the Mustang — it is a must have classic.

If you discover a Fairmont automatic with the 351ci (5.8-litre) V8 and the dual action tailgate, you will have found a car well worth keeping.