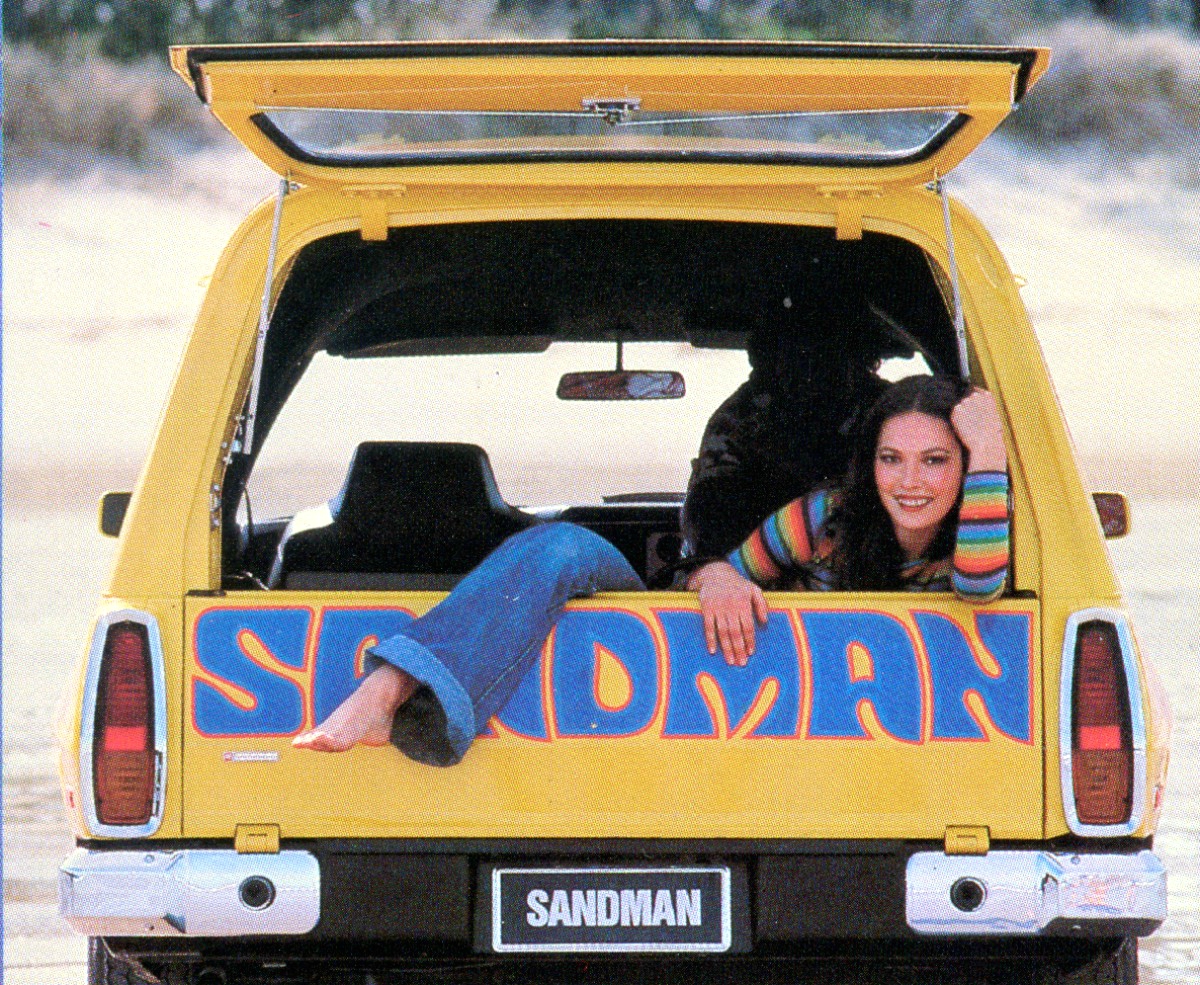 If ever a car has penetrated the psyche of the young Australian male, it’s the Holden Sandman.

The Sandman had it all.

There was nothing subtle about a Sandman when it hit the streets in 1974.

Its bright primary colours and Sandman decals screamed a warning to fathers that their daughters might not be safe.

It was a sales success right from get-go. Years later it was immortalised in a postage stamp.

Its genesis came when Holden’s product planners noticed ever increasing sales of V8 panel vans and utilities to younger customers.

You and I know them as “shaggin’ waggins”.

“During the HQ model run I asked Peter Arcadipane to do some decals for us and some long side stripes,” Pruneau said.

“We put Monaro front guards on a Belmont panel van, blacked out the headlight surrounds, added a Monaro GTS steering wheel and stood back as they flew out of the dealerships.”

Based on that experience, Leo and his team picked the brains of some van customisers.

“We found they wanted a van with a Monaro GTS sports interior and bucket seats, a wide choice of engines and transmissions, and a bare bones panel van section out the back.

“That was because everyone wanted to customise the back themselves, with stereos, carpet, mirrors and a mattress.

“So that was what we did with the HJ onwards.”

“We also put a huge Sandman decal across the tailgate.

“In fact, when we showed it to the directors they just looked and shook their heads and asked if we were really serious? 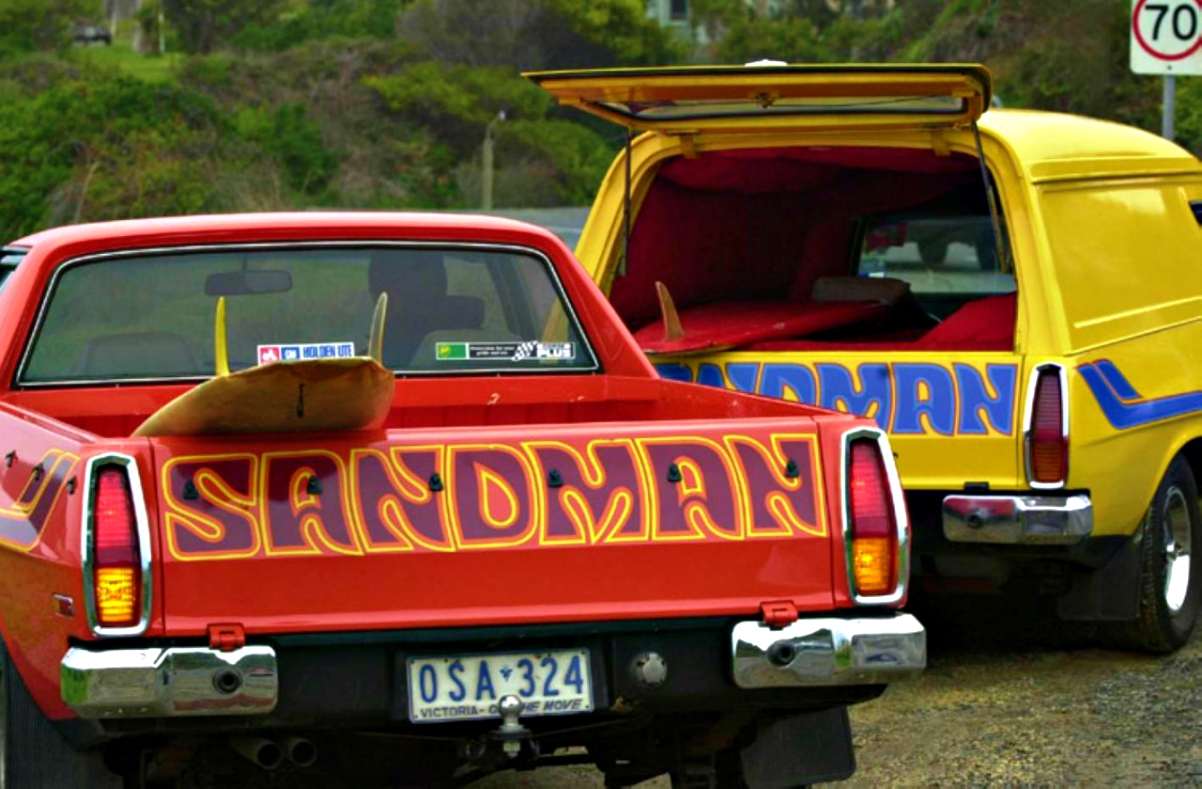 Leo also wanted to have a mattress as an official Holden option.

The then CEO said NO to that idea, but Leo did get a tent to cover the rear tailgate on the options list.

The advertising folks did not hold back either.

“Lean, lithe and ready to go,” shouted the print advertisements.

It was a toss-up whether they were describing the car or occupants, because none of the advertisements seemed to contain a fully clothed person over the age of 21.

Ford and Chrysler quickly followed with their respective Sundowner and Drifter models.

But the Sandman always topped the sales charts.

When the HZ ceased production in 1980, sadly so too did the Sandman.

Holden put a toe in the same water with the 2000 Sandman concept.

Based on the VU Holden Ute, the one-off special was a collaborative effort with Australian surf and street wear company, Mambo.

These days an original  Sandman from the 1970s is a much prized classic.