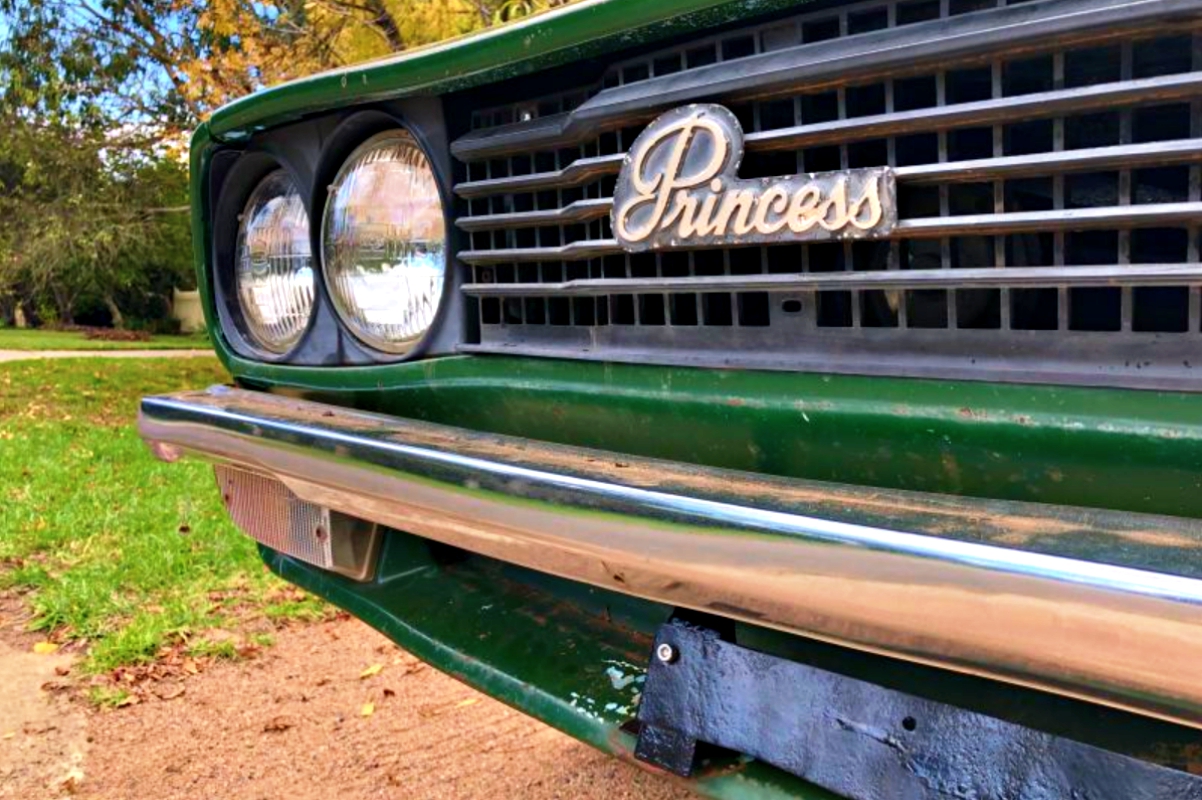 This is the second part of a two-part series that showcases the Leyland Princess of the of the late 1970s and early 1980s.

These had been designed by Sir Alex Issigonis way back in 1961 (the man that made the Mini).

In the first part, I explained the development of the Princess and highlighted many of the mistakes made by Leyland’s notoriously inadequate managers which undermined the car’s potential.

The Princess was never sold in Australia because by the time it was launched in the UK, Leyland Australia was already in deep financial trouble and had terminated production of its rear wheel drive P76.

Kim and Kevin O’Meley own two of only six Leyland Princesses known to be in Australia.

They also own an Austin Kimberley.

“In 2018 we were looking for another Kimberley or Tasman,” Kevin explains, in response to my question about how they came to own such rare cars.

“We went down to Tumut to look at one,” Kim said. “It was quite rusty, so while we were considering what to do Kevin thought he spotted the front end of a P76 half hidden behind some other cars.”

But as they walked closer the real identity of the car was revealed.

“I knew what it was when I saw the shape,” he said.

“It was too good an opportunity to pass up.”

A deal was struck and a green 1976 Leyland Princess 1800HL model was winched on to the couple’s car trailer and towed back to their residence in the NSW southern highlands.

The 1800 was in average condition.

“It had some rust,” Kevin admits.

The rust is no surprise given this car must have spent most of its previous 40 years surviving harsh UK winters.

The motor in the 1800 is the B-series BLMC unit. The transmission is a four-speed manual. The interior is finished in beige vinyl.

Not long after Kim and Kevin had acquired the 1800 a fellow member of the NSW Austin club contacted them and asked if they wanted to buy a 1978 2000HL Princess series 2 that he owned.

“Why not?,” they thought, and took the train to Penrith in Western Sydney and handed over the money and drove it home.

It is white with a totally Seventies Mission Brown velour upholstery. It is also a four-speed manual.

“They have a distinct exhaust note, like an MG,” Kevin said.

“It is because the exhaust manifold configuration is similar to that used on the MG, as is the engine.”

BLMC’s Hydragas suspension system is fitted to the cars and results is a smooth and supple ride, with good cornering abilities.

As you would expect, the systems on the O’Meleys’ cars are worn.

“My brother-in-law and I have found a way to repair them,” Kevin said with a smile.

In fact, later in the day, Kim and Kevin were collecting five refurbished Hydragas units.

Kevin’s research has revealed that both cars were built in the UK but how they came to be in Australia is open to speculation.

“The best suggestion is that they were private imports which accompanied two UK families immigrating to Australia,” Kim said.

For me, the most fascinating aspect about the Princess is how similar in packaging it is to the Mitsubishi Magna.

The Magna pioneered this market segment in Australia and others followed, particularly Toyota, with its wide bodied Camry.

CHECKOUT: Princess marked end of the road for Wolseley