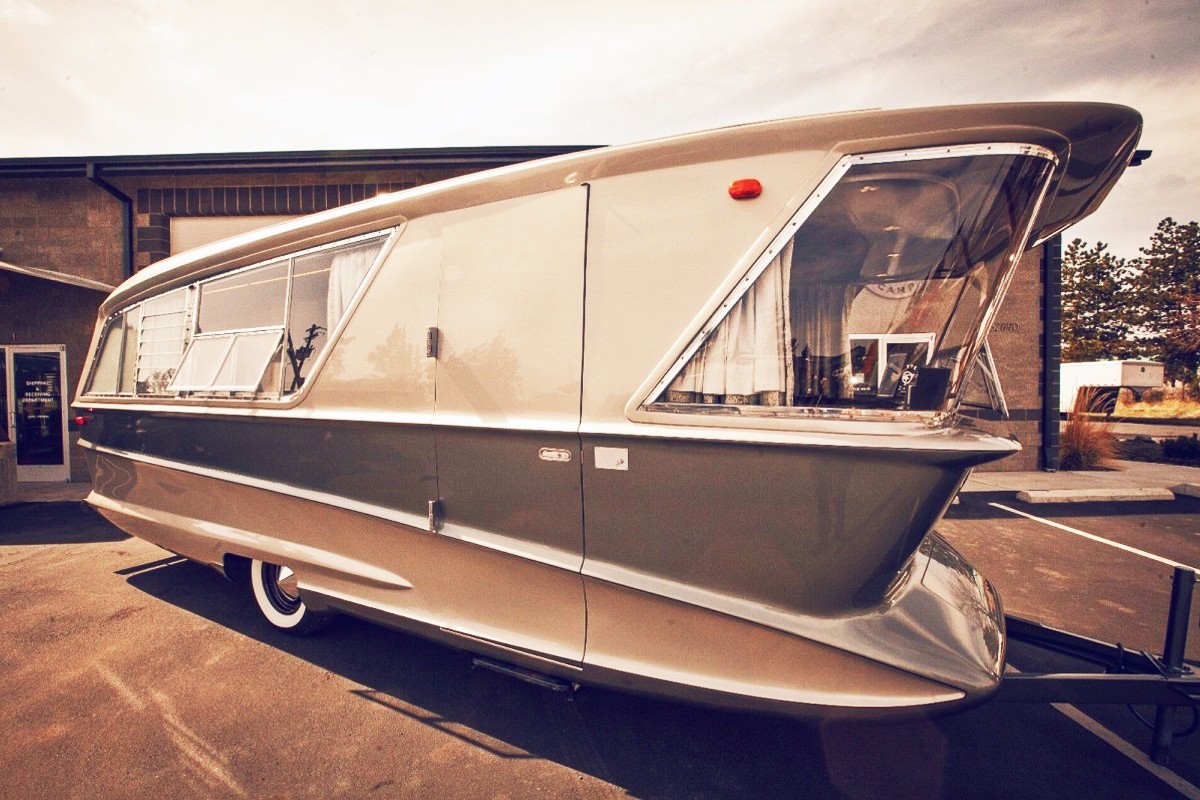 Home
Wheel life
Ritzy van pitched at the well to do

The caravan has been part of Aussie culture since, well . . . forever really.

First photos date back to the 1920s and ’30s, but they really took off with the arrival of affordable family cars like the Holden in the 1950s — because you need a car to tow one.

In their heyday there were more than 170 different brands were built here, with some companies surviving to this day.

And, with the pandemic and restrictions on overseas travel, the caravan, along with camper trailers and motorhomes — are on the way back.

We lived in a caravan for many months at Palm Beach on Sydney’s northern beaches, while my parents were building a home in the 1960s.

I have fond memories of that time, including the bogeyman that we were warned lived in the sand hills and of the tearful start to my school life  while we were ‘vanning’ it.

My father liked his toys and we also owned one of the first camper trailers of that era, a Cargill Caravanette, which was basically a box trailer with fold out sides and an annexe covered in heavy army green canvas (we kids slept on camp beds in the annexe of course).

Later, I inherited a Jayco popup from my father, more of a trailer really that taught me everything I know ioday about backing — and that’s not much.

Like classic cars, Baby Boomers have gravitated towards buying and restoring old vans to satisfy their nostalgia.

Most people are probably familiar with the shiny, rounded Airstream vans from the United States, but the holy grail of trailers as the Yanks call them — is the 1961 Holiday House Geographic Model X Trailer.

Holmes enlisted Chuck Pelly to design the Geographic, also known as Model X, as a limited production model which he dubbed the “Trailer For The Rich”.

He’s the same guy, who at the age of 18, designed the Scarab sports car — one of the most beautiful cars ever built.

The vans were constructed of wood and aluminum like counterparts of the era, but what set them apart was their distinctive, futuristic design.

The styling was unlike any trailer of its time.

Only seven 7 of these strikingly trailers were made with a price tag of almost $8500 and because of the hefty price tag, only one was actually sold — the one in the showroom.

Bear in mind, that you could buy a whole house for $7500 back then. (Mind you, if you were rich, why would you bother with a van anyway?)

The Holiday House factory burned down in 1962 and any molds that survived the devastation were later junked, so no more of the vans were built.

In 1999, the owner of the showroom model decided to sell and after it had been restored, it was exhibited throughout Europe and the United States.

Flyte Camp, an Oregon-based company that specialises in vintage trailer restoration, found the second Geographic X in a garage.

The owner, not realising it was one of the most sought after mobile homes in the world, was using it as storage for car parts.

The Model X pictured has been the subject of not just a restoration but an update as well, with the replacement and addition of many modern features.

The exterior was tastefully re-finished with Axalta finishing systems and coatings, in a two-toned champagne and moss green with bronze colored pinstriping.

The exterior is completed with a vintage style fabric awning.

No detail was overlooked, including the laser etched stainless steel transition with “Geographic Model X” inscribed.

The trailer also comes with the personal signature of Chuck Pelly himself, both inside the trailer and on the exterior.

The Geographic featured on the cover of the June 2018 edition of Vintage Camper Trailers Magazine, won Best of Modernism at the 2018 Palm Springs Modernism Vintage Travel Trailer Show and Best Mobile Mansion at the Pismo Coast Rally in May of 2018.

It was also featured in an episode of Extreme RVs on the Travel Channel.

It looks pretty impressive and someone else must have thought so too, because the completely revamped Geographic X sold recently for an amazing $250,000 US dollars.