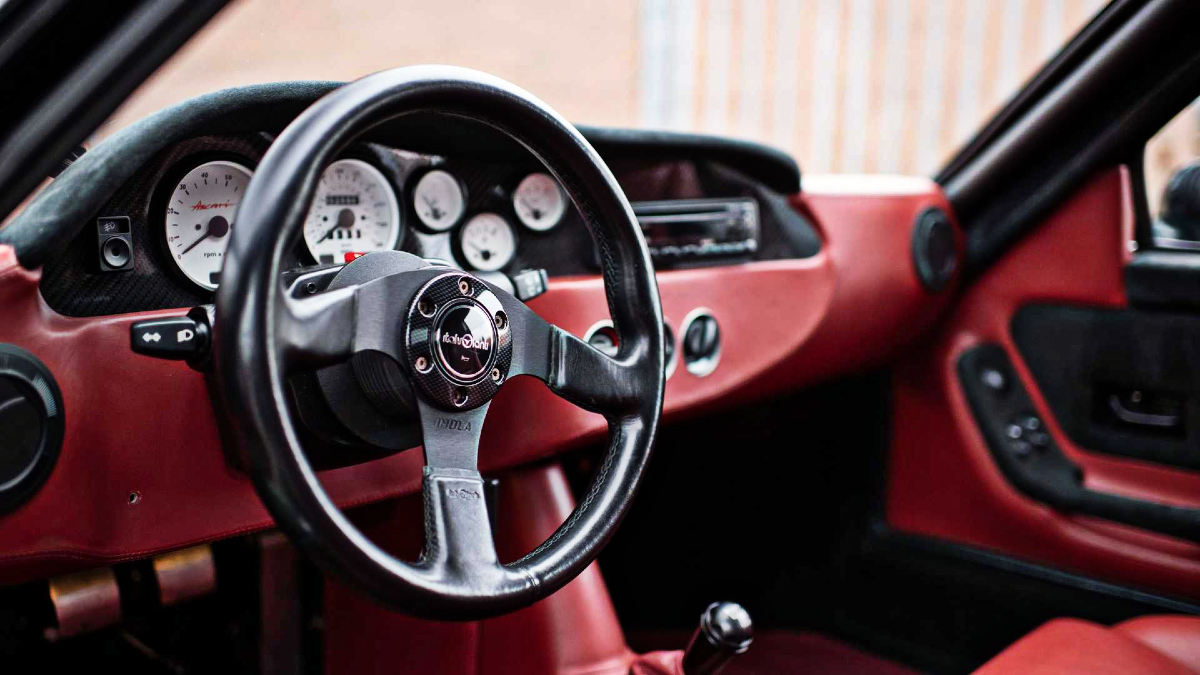 ASCARI is a name forever inked in the annals of Formula 1.

Born in Milan in 1918, Alberto Ascari was an Italian legend and the first driver to win a double world championship, with Ferrari, in 1952 and 1953.

His name sits right up there with other racing superstars such as Juan Manuel Fangio, Luigi Villoresi, Tazio Nuvolari, Stirling Moss, Giuseppe Farina and Louis Chiron.

Hence Ascari was a fitting name for a brand new supercar launched in 1995.

Apart from the name, however, it had no other connection with the famed Alberto, and was, in fact, built in Britain — by a Dutch entrepreneur.

All up, fewer than 80 Ascaris emerged from the Banbury premises of Klaas Zwart, only 19 of them with the Ecosse badge.

But if you buy it, you’ll need to go and fetch it in Holland.

Mr Zwart is an interesting chap who made his fortunes as an inventor in the  petrochemical industry.

At one point he pocketed about 400 million euros ($620 million) by selling his patents to companies around the world.

In 1995, he visited the British Motor Show, saw the prototype of a Lee Noble-designed sports car and promptly bought the company, aiming to create the next best thing since sliced supercar-bread.

It was quite a task, considering that of many ambitious start-ups in the past few decades, only two — Pagani and Koenigsegg — have really succeeded.

Zwart, who was also a half decent racing driver, built and went on to race the FGT in the British GT championship in 1995, 1996 and 1997, while at the same time developing the road-going variant.

That was launched as the Ascari Ecosse in 1997, and a ‘hoots mon’ nod to Zwart’s successful business ventures in Scotland. (Remember the Ecurie Ecosse Jags?)

Zwart turfed the Chevrolet engine and instead used a Hartge-tuned variant of BMW’s 4.4-litre V8, which produced in the region of 225kW and endowed the 1250kg Ecosse with a top speed of 320km/h and a 0-100km/h benchmark of about four seconds.

These statistics, still relevant by modern day supercar standards, are all the more impressive given the fact that car was not a ‘racing car with number plates’.

The cabin was a fully appointed affair with air conditioning, beautifully trimmed leather, a premium sound system and carbon fibre dashboard that sparked off a trend Ferrari, Lamborghini and other exotic brands all elected to follow.

This particular example is one of the earlier cars that were produced by Lee Noble and his team, in partnership with Ascari Cars.

Despite being registered in the UK as P501-XOU, the car spent most of its early life at the Ascari Race Resort circuit near Ronda, in Spain — another of Mr Zwart’s successful ventures.

While the Ascari Ecosse was a promising start, it was superseded by the better-known Ascari KZ1, which later evolved into the Ascari A10.

It shared the same structure but was enhanced on all levels.

In 2011, the Ecosse was sent to Holland, where it remained in the ownership of the Zwart family until 2019, when it was acquired by its current owner.

It has covered just over 12,000 miles to date and also been gently fettled, benefitting from a transmission upgrade from the original five-speed to a six-speed manual, as well as a full repaint in dark green metallic.

It is said to be in excellent condition, commensurate with its perfect ownership history and, Sotheby’s says, is an ‘exceptional opportunity to acquire an extremely rare but eminently useable supercar.’

Alberto, whose surname adorns the car, would probably have been happy to see his famous name chosen for the sleek machine.

He had quite a history of his own.

He remains Ferrari’s sole Italian champion and in 1954 also won the Mille Miglia for the Prancing Horse stable.

Ascari was noted for the careful precision and finely-judged accuracy that made him one of the safest drivers in the sport’s most dangerous era.

His dad, Antonio, was a famed racing driver who died while racing his Alfa Romeo in the 1925 French Grand Prix at Montlhery on July 26, 1925.

In an eerie coincidence, Alberto also met his death on the track, while testing a Ferrari at Monza — on the same day of the month, the 26th — and he too was just 36.

CHECKOUT: The F1 aces who met their death on the road