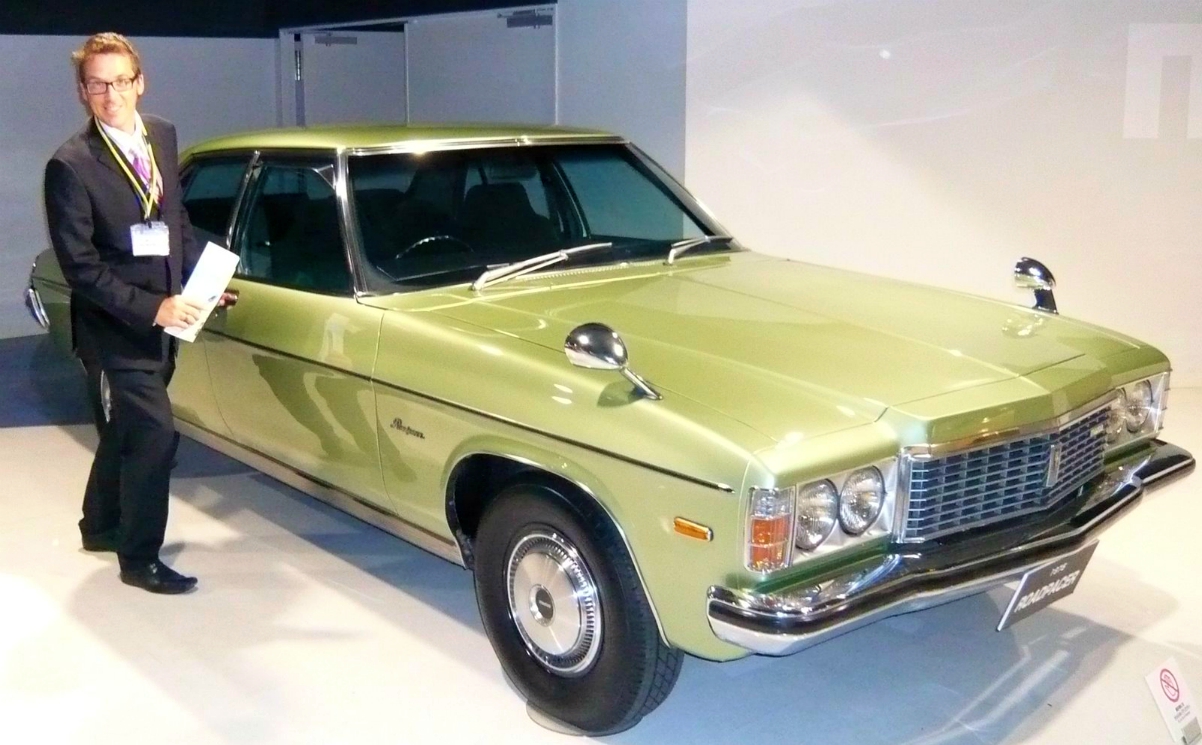 Rotary put Holden in a spin

More than just a Mazda badge, this Holden also hides a Mazda engine. And not just any engine — but an honest to goodness free-revving rotary.

The Mazda Roadpacer AP is the ill-conceived product of a relationship between the two companies back in the Seventies — 1975 to be exact.

It was a re-badged version of the HJ Premier with a Mazda RX-4 rotary engine under the bonnet.

The plan was to have a crack at the upper luxury passenger car segment in Japan, a segment then dominated by the V8 Toyota Century and Nissan President.

Downsizing the engine permitted Mazda to offer a more competitive product because it was able to avoid the local engine capacity based tax.

For those that haven’t heard the story Holden Premiers were shipped to Hiroshima minus their engines, where Mazda fitted the twin rotor 1.3-litre 13B rotary.

We use the term ‘fitted’ loosely because it wasn’t too difficult to find space in the huge engine bay after the removal of the 3.3-litre six.

Word has it that Mazda got the cars for free from GM-H in return for the use of Mazda’s rotary for its stillborn quad-rotor Corvette.

Although it was smoother, quieter and lighter, the rotary was no match for the six in terms of economy or performance.

Nor was it much of a match for the three-speed auto in the Holden, a transmission that was really out of its comfort zone with the high-revving rotary.

The big problem however was that the rotary produced nowhere near as much torque as the Red series engine.

To make matters worse, the Premier was no lightweight either, not at 1575kg.

As a result the Roadpacer couldn’t pull the skin off a custard.

The lack of torque meant poor acceleration, a top speed of only 166km/h and what has been described as “shocking” fuel consumption — worse even than a 5.0-litre V8.

While the HJ Premier was already well equipped, Mazda chipped in with some extra fluff befitting the car’s role as flagship of the range.

The price for this piece of motoring memorabilia in 1975 was 3.8 million yen or about $9400 Aussie dollars — pretty steep even back then.

Originally intended as transport for high-ranking government officials, the car was sold in five and six seat form, with buckets or a bench seat in the front.

Social influencer with a burning ambition

Like later Holdens, it was produced in response to the first fuel crisis, but was not a commercial success.

Production ceased in 1977 with only 800 units sold in a two-year period.

Roadpacer has the distinction of being the only General Motors production model to be fitted with a rotary engine.

Most were sold to government departments but were later crushed, making the Roadpacer quite rare these days.

It was never sold in Australia.