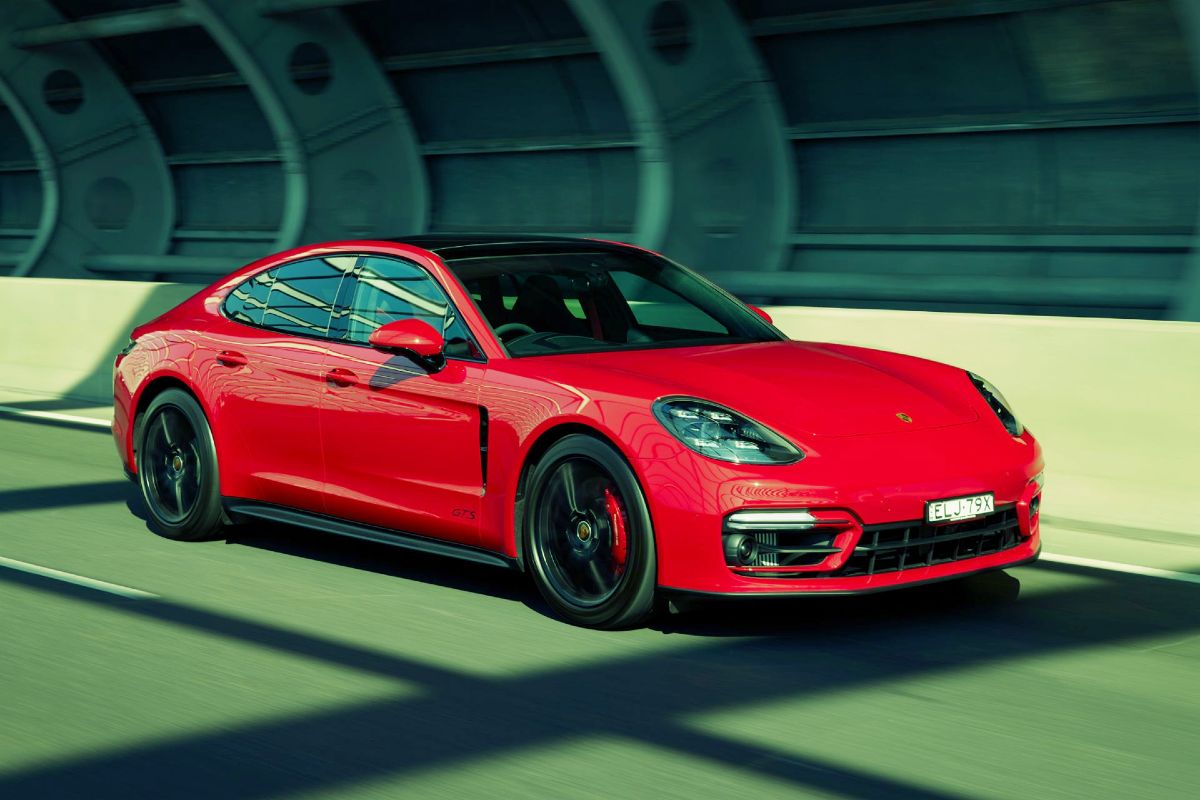 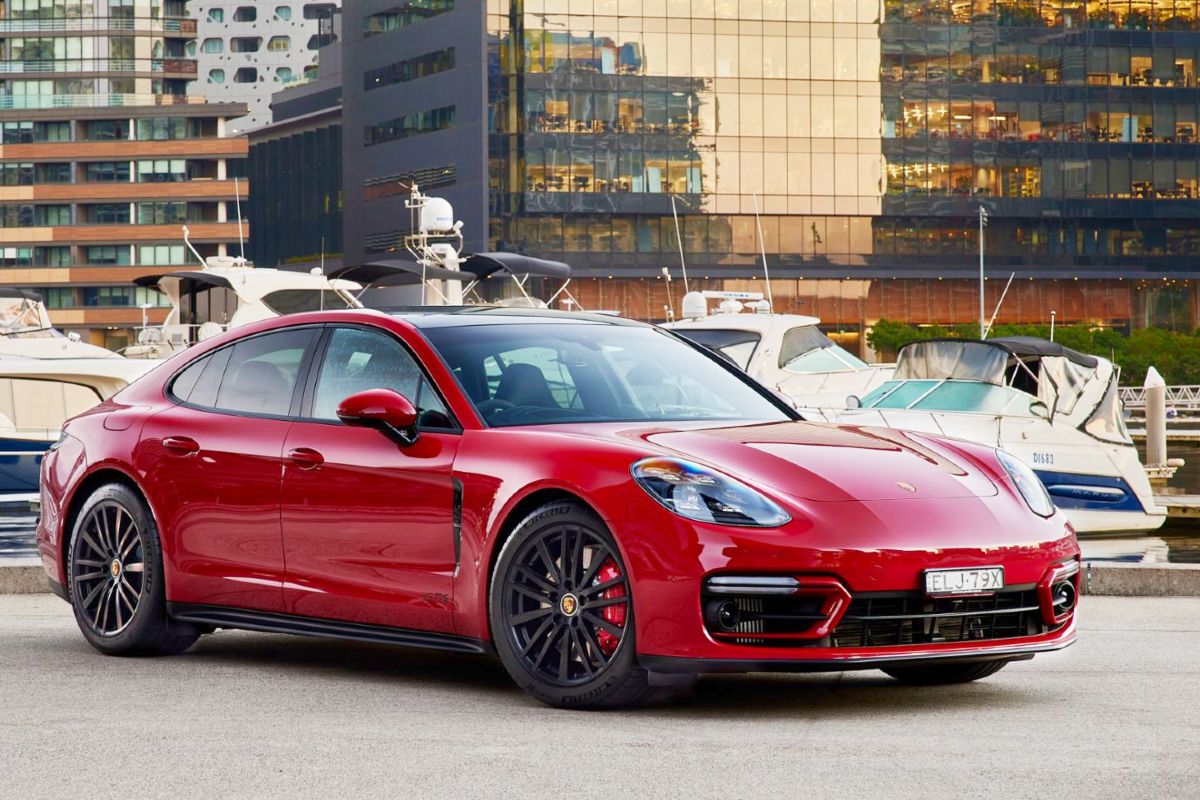 Most people tend to think of Porsches as two-door sports cars with styling overtones of the original 911 models from way back in 1963.

They’re the ones with the engine behind the back wheels that could cause inexperienced drivers to lose control.

But the legendary German company has also branched out into the four-door sports sedan and station wagon field (and Cayenne SUVs, but that’s another story).

The Porsche Panamera range recently received an upgrade, which gave us the opportunity to enjoy one of our all-time favourite four-door sedans. 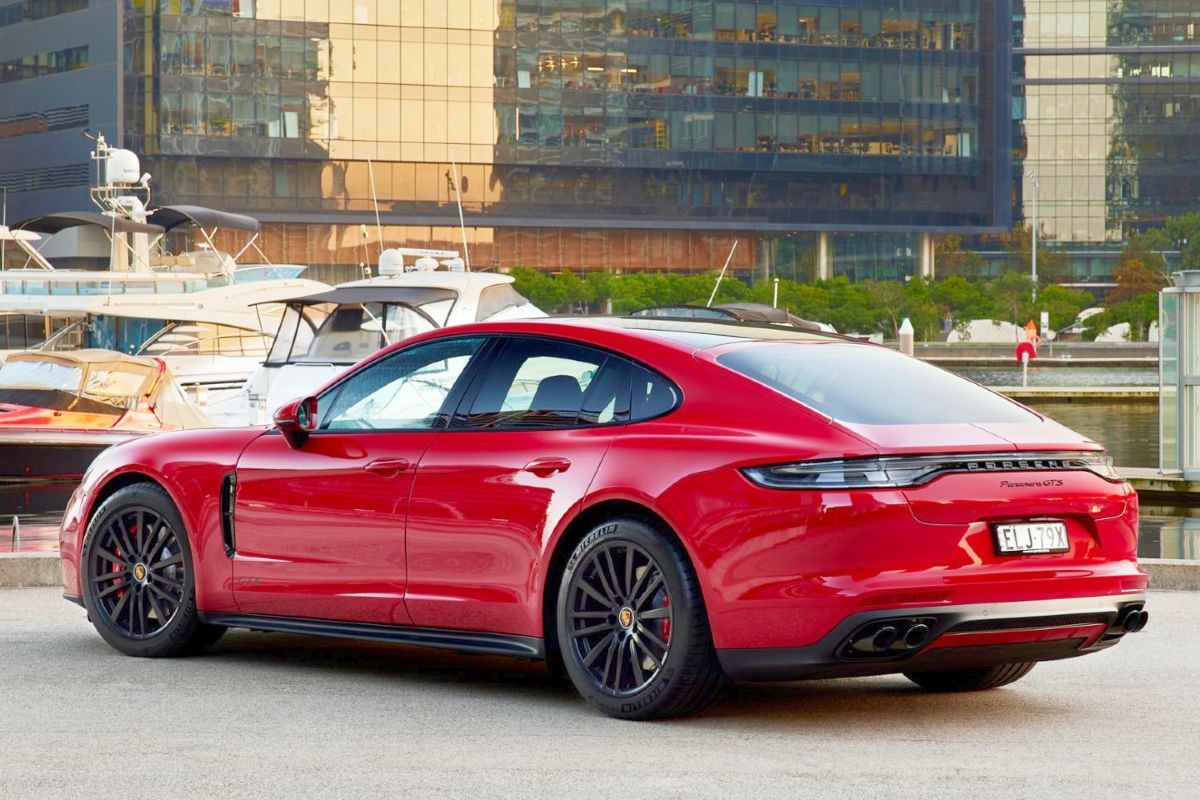 Though it’s relatively tall in the front to make space for a V8 engine it still looks shapely.

The roof starts to flow down from just above the B-pillar (more about that in a moment).

The rear also looks 911 and the tail lights are full width.

Inside there are four individual seats which are shaped for body support during hard cornering.

Those in the rear shouldn’t be overly tall and legroom is limited if those in front want their seats well back.

That’s if the driver hasn’t been practicing for the hot laps of the Nurburgring.

The twin drink holders favour the passenger side rather than being switched over to suit Aussies and others who drive on our side of the road.

The instrument panel sees the tachometer take pride of place in the centre, with the speedo to its left.

It hasn’t been tested by outside authorities but it seems likely the Panamera GTS would gain a high score well into five stars. 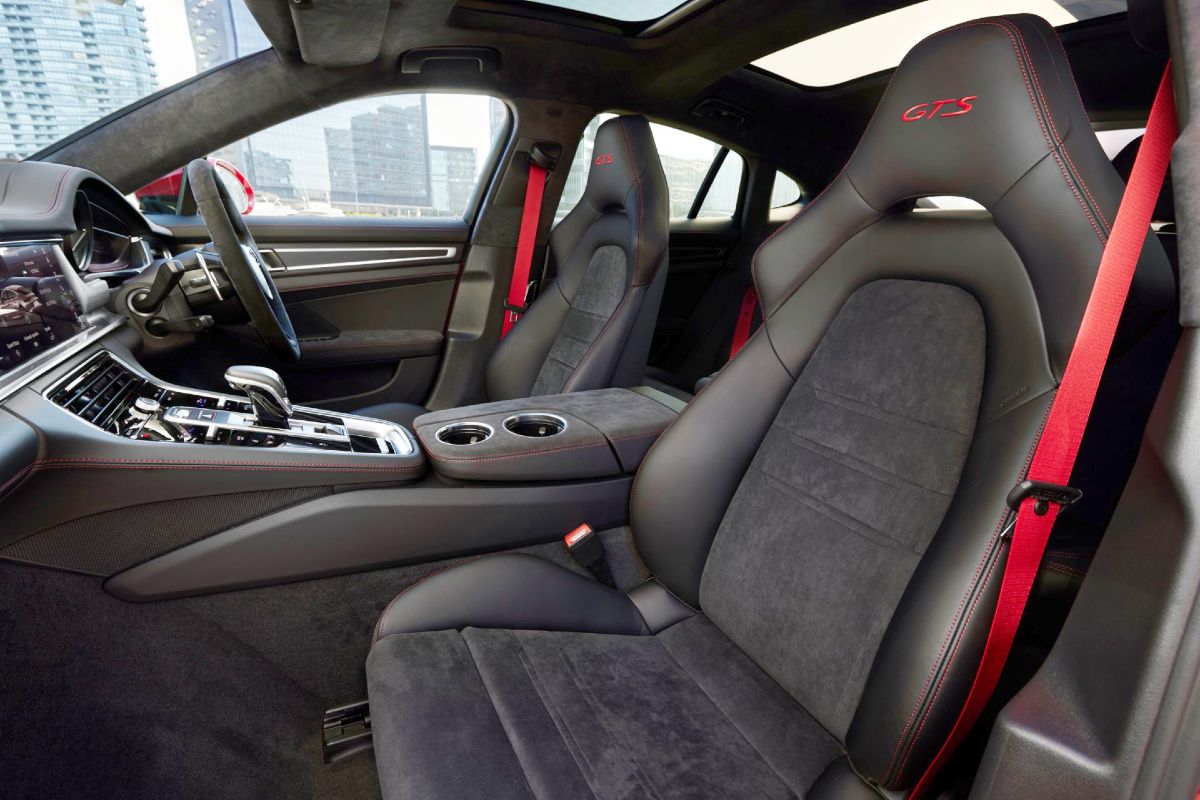 Arguably the biggest news is that the 4.0-litre twin-turbo V8 now produces 353kW of power and 620Nm of torque.

That’s a 15kW increase over the superseded model, but torque remains the same.

That torque is there from 1800 to 4000 rpm, meaning that it is at its peak most of the time in normal driving.

Power is sent to all four wheels though an eight-speed Porsche PDK dual-clutch automatic transmission.

Panamera’s engine fires up with a real V8 rumble sending the message that it’s ready to provide real driving pleasure.

All Australian imports have the excellent sound of the Sports Exhaust System, which makes sense because we live in a country where any speed over 110 km/h is regarded as dangerous.

Acceleration is all-but instantaneous because it has a 4.0-litre capacity (double that of many turbocharged engines these days).

When the Porsche’s turbos get up to full pressure rocketship-like performance presses you back into the seat.

Zero to 100km/h takes just 3.9 seconds and it goes on to to a top speed of 290km/h where conditions permit.

Handling is impressive with very good feedback through the wheel.

It turns in promptly but keep in mind that this is a two-tonne vehicle, not a two-door sports machine — so you probably won’t take it to track days. Or would you, just for the hell of it?

Road noise is low even on the rough n’ ready country roads that are part of the route on when we test our cars.

There’s some bump-thump over concrete joins on bridges but on established motorways this is minimal.

The speedo and other important information is shown on the windscreen.

But if you wear polarised sunglasses, as I do, it’s only visible if you tilt your head.

Which is ridiculous, other car makers don’t require you to do this.

Smartphone integration allows a connection from a smartphone to the Porsche and to get some of the apps directly on the Porsche Communication Management screen.

Both Apple CarPlay (wireless available) and Android Auto (wired only) are supported.

Voice recognition is good and lets the driver use apps while driving.

The Bose Surround Sound System has 14 loudspeakers including subwoofer, 14 amplifier channels and a total output of 710 Watts. 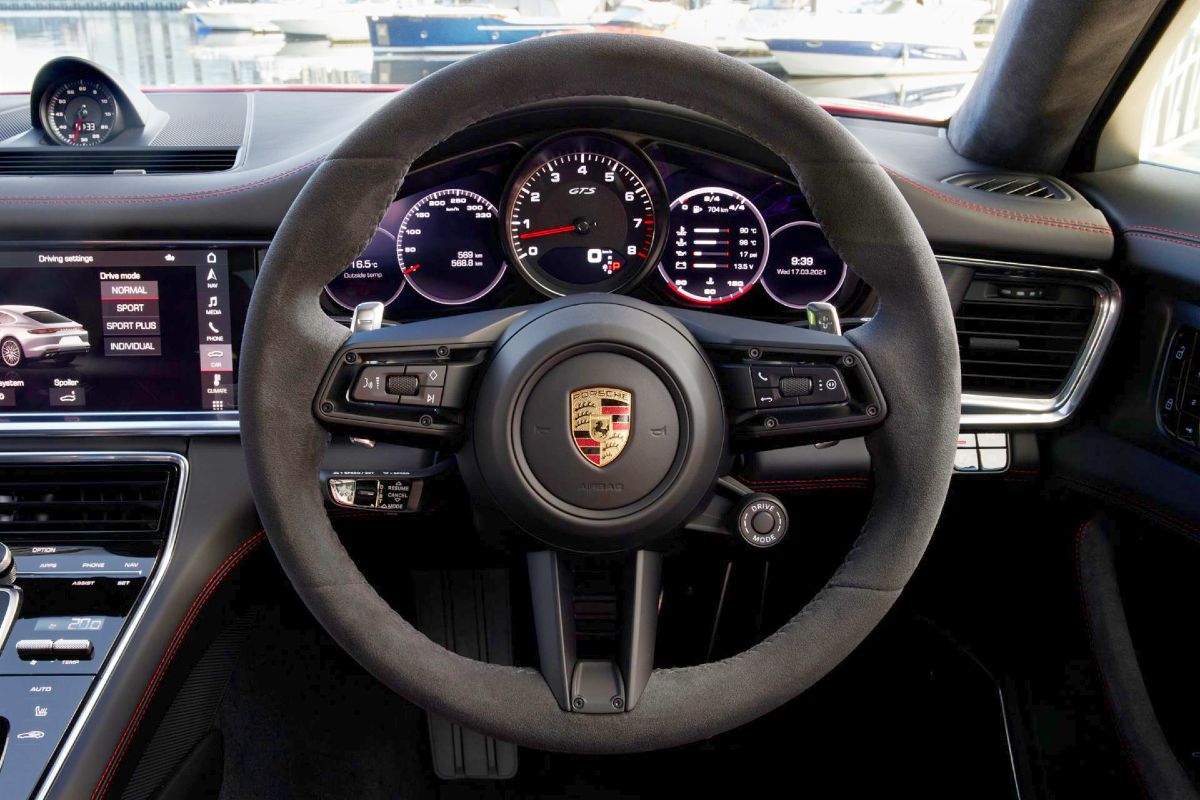 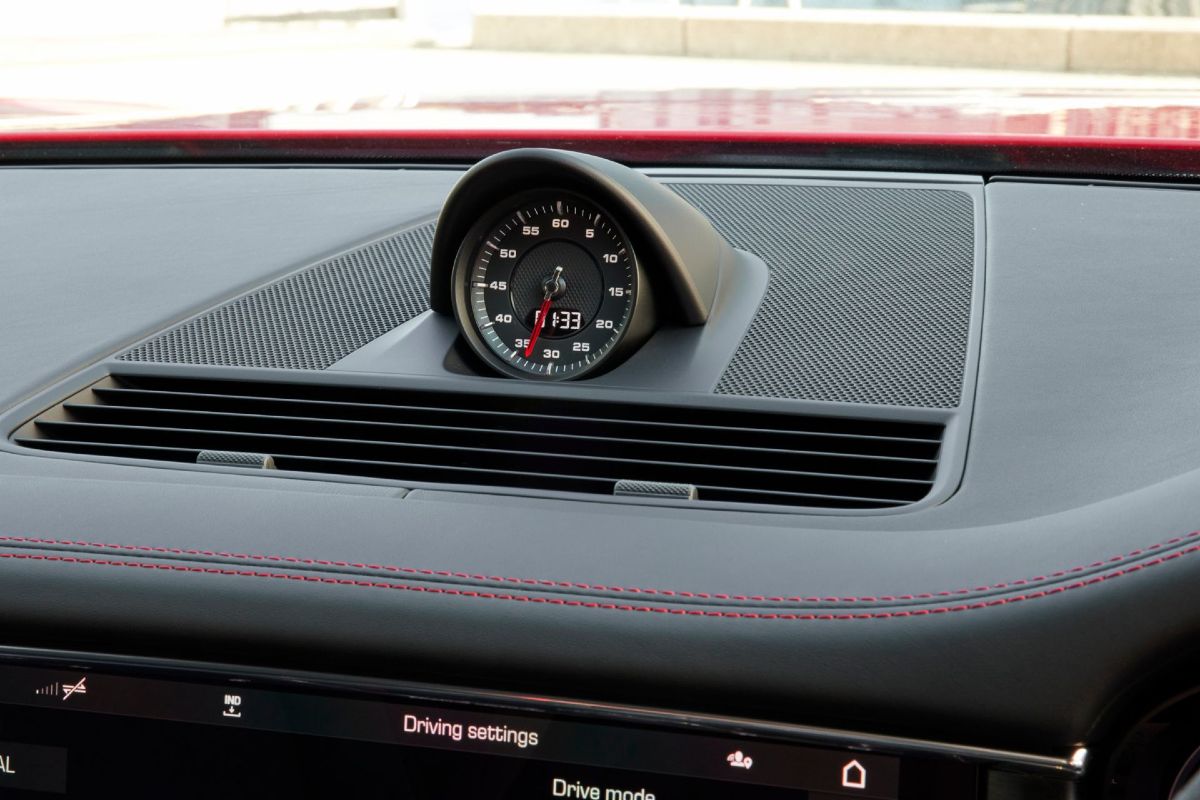 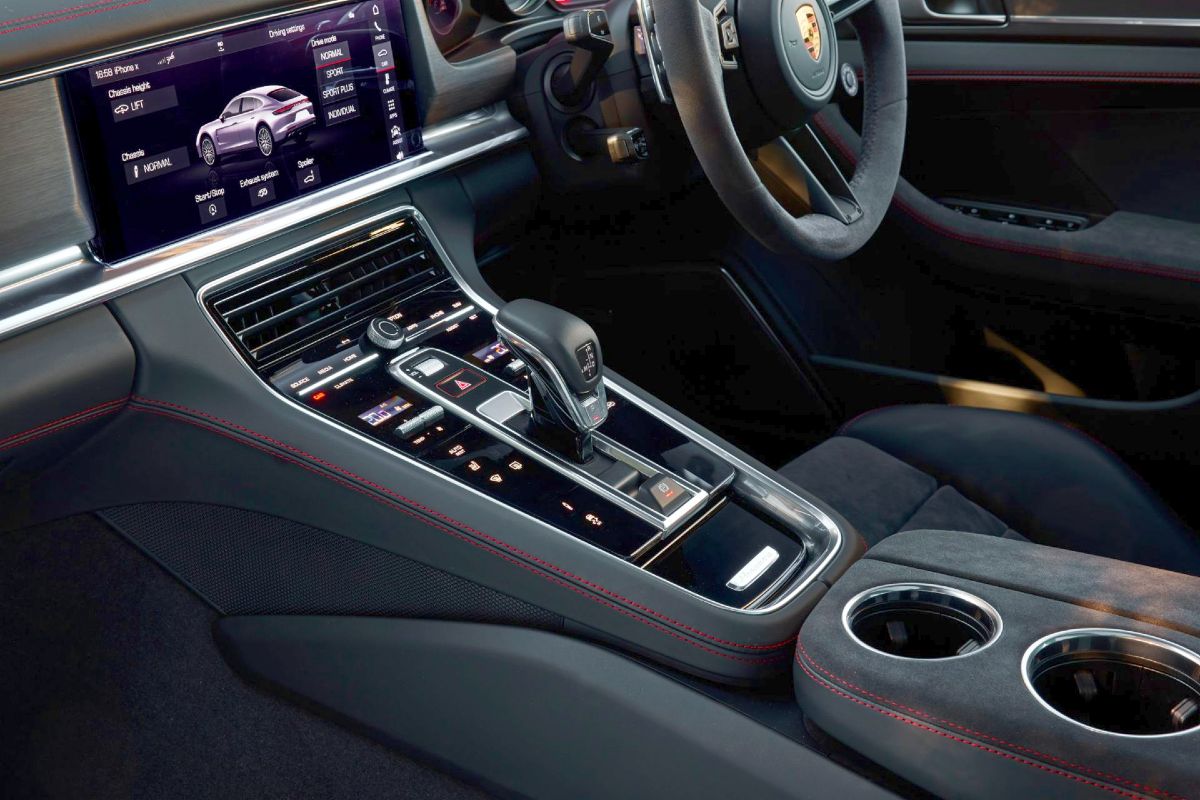 Porsche’s updated Panamera offers the performance of a sports car in a four-door sedan.

It can be used on a day-to-day basis for work or taken on high-speed country trips that will bring a smile to your face. 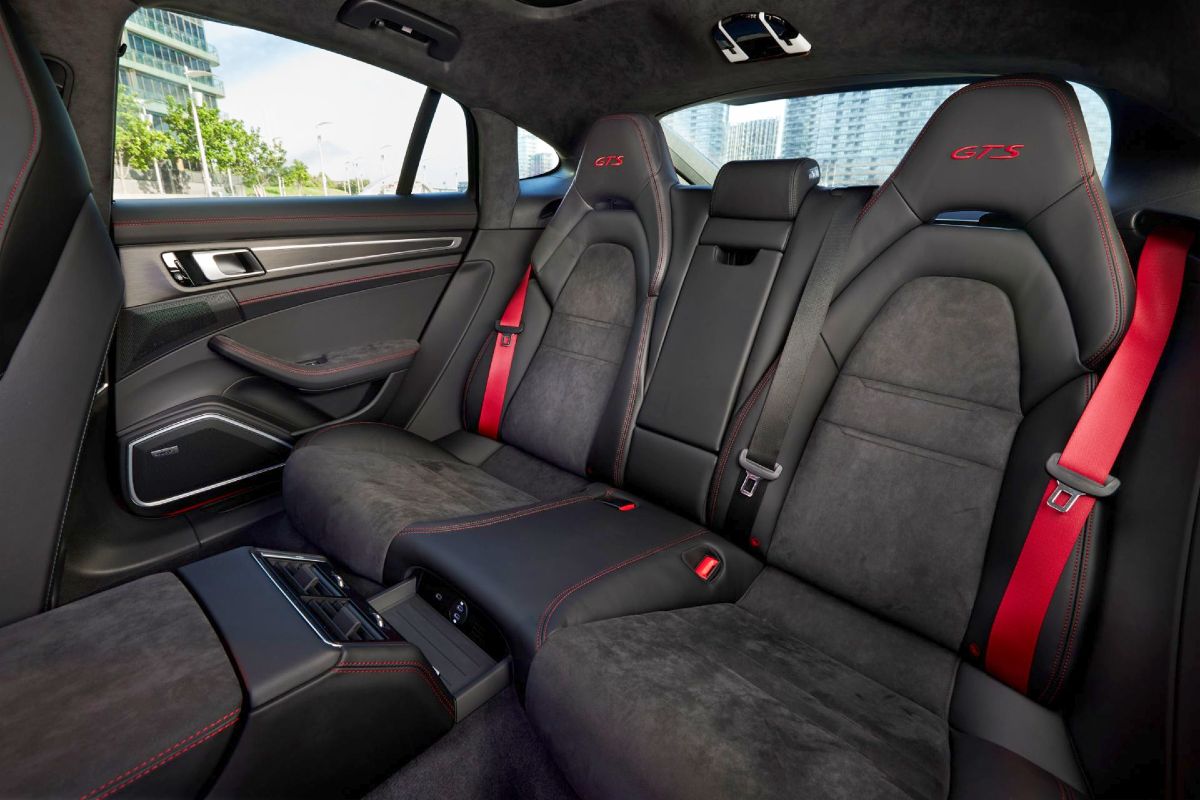 Check out deals on the Porsche Panamera