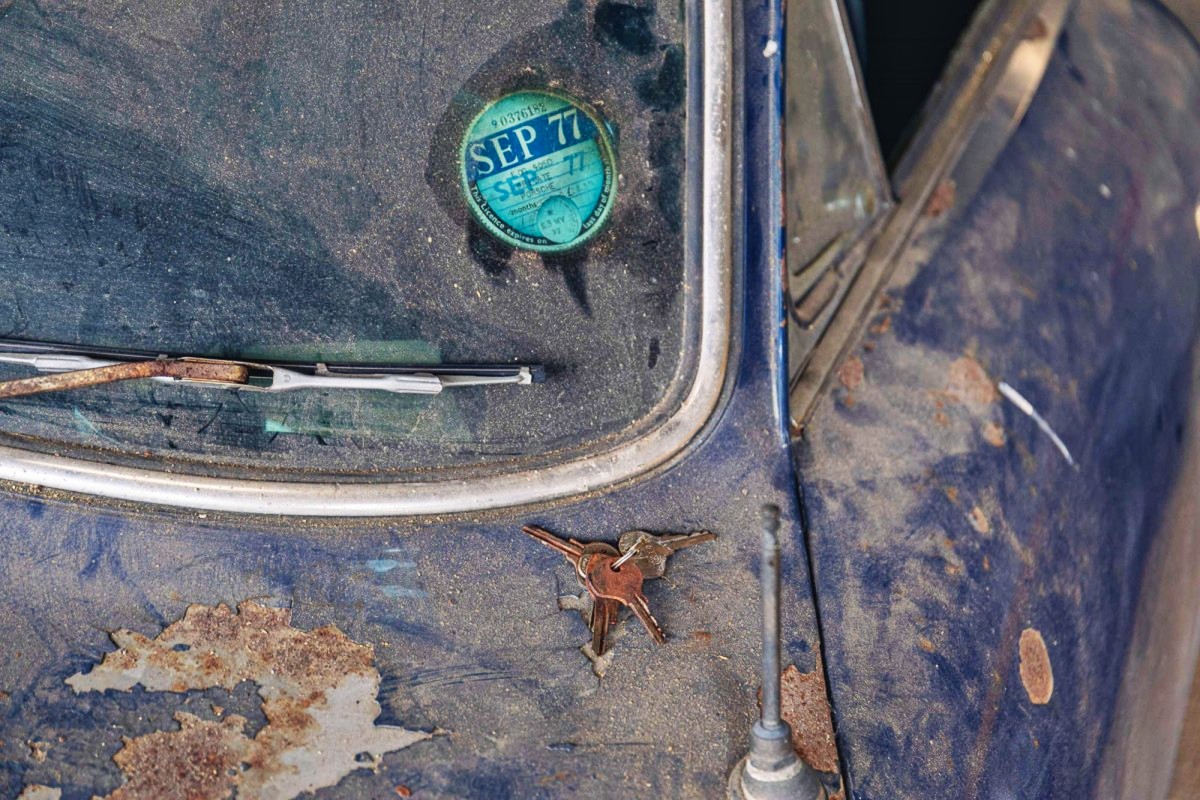 HOW many ‘barns’ and undiscovered gems are there left unopened in the world?

The rare sports coupe will head to auction at the end of July and apart from the UK, could be of special interest to enthusiasts in Australia, New Zealand, India, Japan, Malta and some island nations.

That’s because it’s a right-hand drive model. Most 356s were made in left hand drive — and there’s a big market for them in the US.

Hence, this one, to be offered by Silverstone Auctions, might not attract so many potential buyers from the Americas.

The 356 has been in dry storage since the mid-1970s and might have belonged to a French national, since there are several empty packs of period-correct Gitanes cigarettes inside.

But also a bag that used to contain some Brit potato crisps.

It’s an unusual car in that extensive paperwork shows this 356C, chassis 131866, was built in late 1964 as a 1965 model and was originally supplied by AFN Ltd — a Frazer-Nash dealership.

But just why it disappeared into storage around 1976 or 1977 has not been revealed.

Silverstone Auctions says the seller has applied for a certificate of authenticity from Porsche to confirm the vehicle’s details.

Porsche experts know that not that many 356Cs were made in 1965 — just over a thousand in fact — which makes any newly discovered example uncommon.

And right-hand-drive models are certainly in a minority among those, as well.

Pictures show a lot of orange peel and surface rust on the exterior, while wear to the interior is minimal, considering how long it has been off the road.

The interior has not been cleaned, and no major items appear to be missing inside or out, judging by the photos.

All the brightwork and small glass elements appear to be in place, too.

“Pleasingly, accompanying this lovely coupé is a history file which contains the original driver’s manual, Porsche service book, a wealth of invoices for maintenance over the years, old MOT certificates, tax discs, insurance certificates and, notably, an invoice for an engine rebuild in 1976 just before the car disappeared into long term storage,” Silverstone says.

“Finished in Bali Blue (Baliblau), the overall condition of this ‘barn discovery’ appears good and quite solid, but most importantly it retains much of its original equipment.

“Many components wear a date stamp of 1964 and as such we believe this example offers a superb opportunity as a restoration project or, perhaps, just a sympathetic recommission and use ‘as is’ with a unique patina.”

If it can be had at around Silverstone’s guidelines, this 356 might well be worth acquiring and restoring to its once ‘lovely coupe’ status, as they say.

If this one gets away, well, who knows where and when the next ‘barn find’ will pop up?