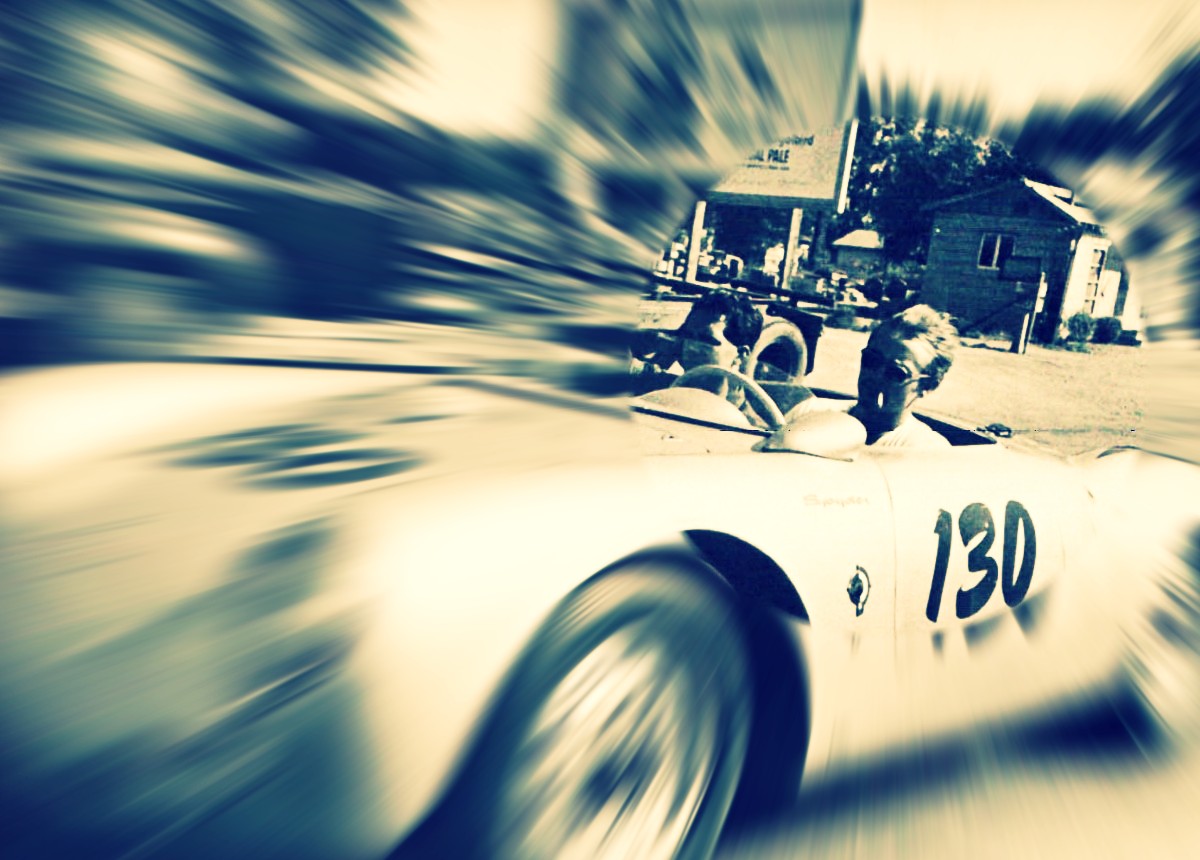 Dean at the wheel of the Spyder.
Wheel life
3 min read

That’s about what you’d pay for two new Porsche 911 Speedsters in Australia.

James Dean was a handsome young actor who, back in 1955, made the ladies swoon with his roles in Rebel Without a Cause and East of Eden.

But he was also an enthusiastic amateur racer and had competed in several of the plentiful Sports Car Club of America events in his Porsche 365 Speedster.

He also had a love of motorcycles — he owned half a dozen of them — before he bought an MG TF, which he traded on the Speedster.

On March 27, that year, he made his racing debut at Palm Springs, where he won the preliminary race, which qualified him for the finals.

He finished the race in third place, behind a pair of MG Specials, but one was disqualified on a technicality and James was bumped up to second place.

Next, he raced at Minter Field Bakersfield, California, again finished third, behind an MG Special and a Panhard Devin, and was first in his class.

A couple of weeks later he was at the Santa Barbara Road Races, where he drew 18th position for the under 1500cc race but had moved up to fourth place after four laps, before his Porsche blew a piston on lap five.

On September 21, ‘55, he traded the Speedster on a new Porsche 550 Spyder, chassis #550-0055 from Competition Motors in Hollywood and had the number 130 and the nickname “Little Bastard” applied to the body.

However, just nine days later, while driving to a race meeting at Salinas, he was killed in a collision with a 1950 Ford Custom at the intersection of State Route 46 and State Route 41 in Cholame, California.

The death of the young film star was a shock to his millions of fans around the world.

The film star’s death made international news and featured in newspapers and magazines around the world.

The wreck was sold by Dean’s insurance company to another California racer, and the transaxle was later separated from the rest of car before being placed in storage for several decades.

The current owner acquired the transaxle in March, 2020, and it’s now mounted on a display stand on casters.

Photos show it it looks fairly complete: drum brakes, a starter motor, and even intact CV-joint boots are all there.

It’s probably the largest remaining chunk of Dean’s Spyder, as the body has been presumed lost for decades.

Eerily, fellow actor Alec Guinness saw the car in Los Angeles and immediately had an ominous feeling about it.

He was a co-star in the Warner Bros movie Giant, with Dean at the time.

He later wrote, “The sports car looked sinister to me . . . exhausted, hungry, feeling a little ill-tempered in spite of Dean’s kindness.

“I heard myself saying in a voice I could hardly recognise as my own, ‘Please never get in it . . . if you get in that car you will be found dead in it by this time next week.’”

The buyer of the transaxle has not been positively identified, but is said to be Zak Bagans, star of the Travel Channel series ‘Ghost Adventures’ and owner of The Haunted Museum in Las Vegas.

So at least part of the Little Bastard remains, and this macabre relic might soon be on public display.