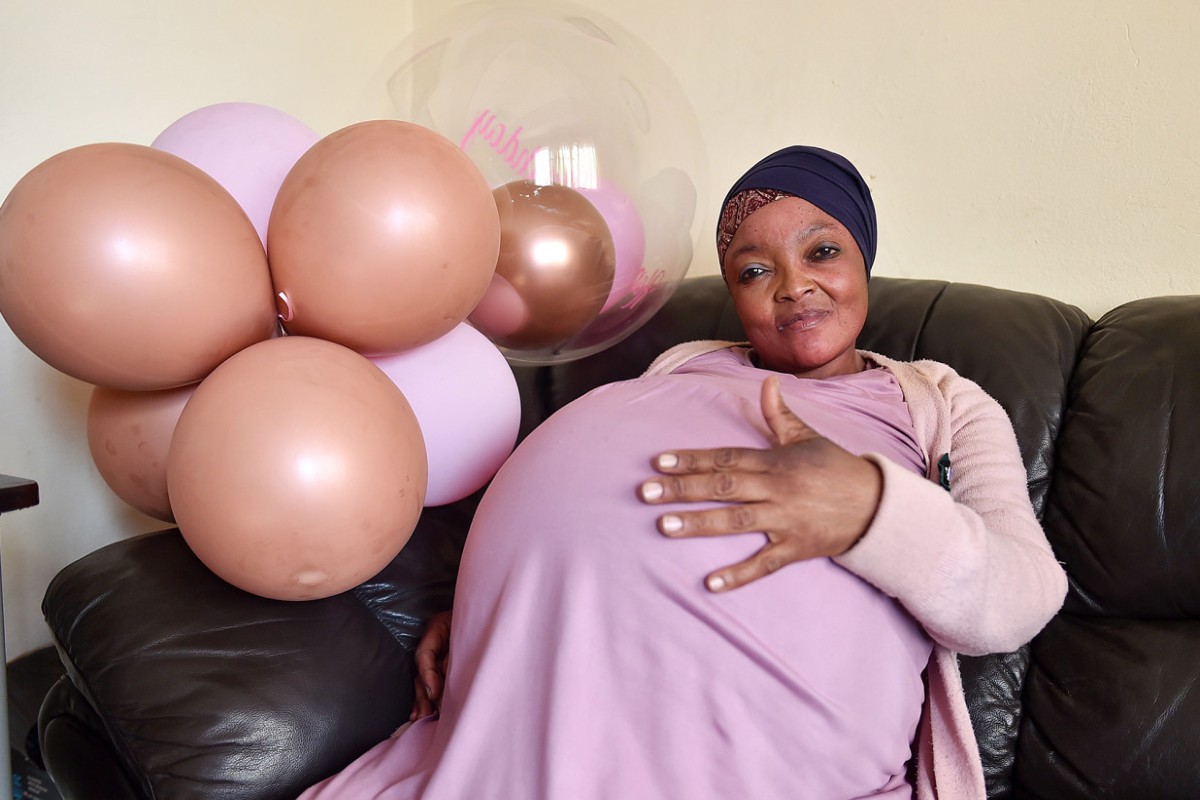 A SOUTH African woman has given birth to decuplets — 10 babies — breaking the Guinness World Record held by Malian Halima Cissé who gave birth to nine children in Morocco last month.

Gosiame Thamara Sithole, 37, gave birth to her decuplets – two more than doctors had earlier detected during the medical scans – at a hospital in Pretoria last week, her husband Teboho Tsotetsi said.

He told the Pretoria News that his wife, who hails from Tembisa Township in Ekurhuleni, delivered her seven boys and three girls by Caesarean section.

Sithole, who has six-year-old twins, said her pregnancy was natural as she was not on fertility treatment.

She said she had been in a state of disbelief when the doctors told her earlier this year that she was expecting sextuplets before further scans showed that it was octuplets.

Two others could not be detected initially because they were inside the wrong tube, Sithole said.

A retail store manager, Sithole said she was initially dubious when the doctors told her she was pregnant with octuplets.

“I was convinced that if it was more, it would be twins or triplets, not more than that.

“When the doctor told me, I took time to believe it. Even when I saw the scans I didn’t believe it. But, as time went by, I realised it was indeed true. I battled to sleep at night though.”

She said she had sleepless nights worrying about her unborn children.

“How would they fit in the womb? Would they survive? What if they came out conjoined at the head, in the stomachs or hands?

“Like, what would happen? I asked myself all these questions until the doctor assured me that my womb was starting to expand inside.

“God made a miracle and my children stayed in the womb without any complications.”

Sithole said that even if it wasn’t an easy journey, she was over the moon and looking forward to her children.

“Initially there were six children. Only to find that the other two were in the wrong tube. My legs were painful.

“The doctors did further scans and they found the children were in the wrong tube. That was sorted and I have been okay since then. I can’t wait for my children. We have already given them names.”

Tsotetsi, who is unemployed, said he was also overwhelmed by shock when he was told about the pregnancy.

“I could not believe it. I felt like one of God’s chosen children,” he said.

“I felt blessed to be given these kinds of blessings when many people out there need children.

“It’s a miracle which I appreciate. I had to go do my own research on whether a person could really conceive eight children. It was a new thing. I knew about twins, triplets and even quadruplets,” Tsotetsi said.

“But after I found out that these things do happen, and saw my wife’s medical records, I got even more excited. I can’t wait to have them in my arms.”

He said Sithole went through a lot because she experienced leg pains eight weeks into her pregnancy, followed by heartburn.

The children would spend the next few months in the incubator because it was a “high risk” pregnancy, Prof Mawela said.

“It’s quite a unique situation.

“I don’t know how often it happens.

Chance to bond with Bond

“The danger is that, because there is not enough space in the womb for the children, the tendency is that they will be small.”

She said that the causes of such pregnancies were “either nature, or somebody who was having fertility treatment”.

“Remember, when they do fertility treatment, they inject as many eggs as possible to increase the chances of conception because the assumption is that some of them would die.

“But they might all survive. So, I don’t know whether she conceived this naturally, which is possible, or whether this is a product of fertility treatment.”

Before Sithole,  the most children born at the same birth was held by Cissé, who gave birth to nine children (nonuplets) at a hospital in Morocco last month.

Before her, the record holder was American Nadya Suleman, who gave birth to eight children in 2009.

Her octuplets were conceived through in vitro fertilisation.

However, South Africa’s Government Communication and Information System (GCIS) said it was aware of the media reports “alleging that a South African woman has given birth to 10 babies” but called for more information in order to verify the claims themselves.

CHECKOUT: Father of the pride (151 and counting)

CHECKOUT: Wedding shock as bride turns out to be daughter