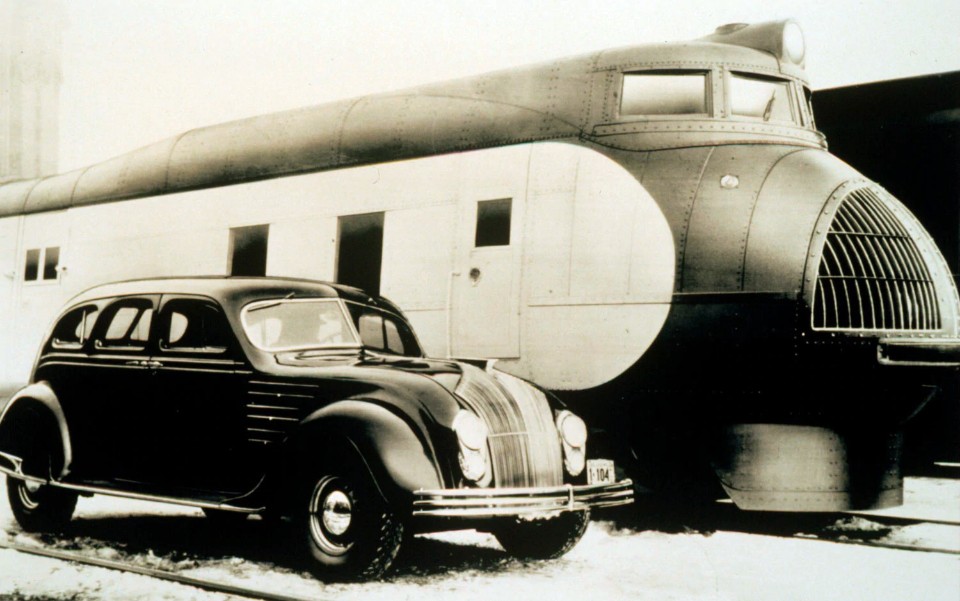 Orville made the Airflow fly

The 1934 Chrysler and DeSoto Airflows are almost forgotten cars.

But back in the day they made big news in the USA.

They are widely recognised as the first truly modern car.

In the early 1930s Walter P. Chrysler decided to make a definitive statement by marketing a truly unique car to the US buyers to celebrate the 10th anniversary of the founding of the company which bore his name.

Form and purpose was to drive function and styling.

Chrysler said it was how cars would be built, ride and look in the future.

The engineers decided that the passenger compartment should be cradled between the axles so that rear seat passengers were not subjected to a harsh ride while perched over the rear axle, as was the case in all other cars of the time.

This was achieved by moving the engine forward by 10cm so it sat over the front wheels.

Cabin space was dramatically improved as a result and the Airflow became the first American car to seat three abreast in comfort.

While cars of the day still had frames made of wood attached to a heavy chassis, the Airflow featured a steel truss-famed body welded to a lightweight chassis.

This delivered surprising rigidity and passenger safety for the era.

The suspension was also a departure from conventional wisdom.

The engineers lengthened the front and rear springs, delivering the classic American “boulevard soft” ride, cushy and isolated from the road.

All other manufacturers followed suit quickly.

Not content with all of that innovation, it was the first car subjected to serious wind tunnel testing.

Orville Wright (of Wright brothers fame) supervised it all and the results determined the Airflow’s very different shape.

Too different a shape, as it turned out.

Despite rave reviews at the New York Auto show in January 1934, the rounded, sloping nose and tear drop rear end did not find favour with the buying public.

Sales never met expectations and within 18 months a companion model, the Airstream, was released with a less radical front end.

But the damage had been done and by 1937 the Airflow was withdrawn.

It’s on display at the Chrysler Heritage Museum in Detroit.

It is painted a dull brown, but its future focus is evident when compared to other cars of the day.

And, believe it or not, an Airflow was driven here in the 1953 Redex Trial.

There are less than 10 of the cars currently in Australia.

Toyota’s first car, launched in 1936, was a slightly smaller copy of the Airflow.

CHECKOUT:It’s not boring in the back