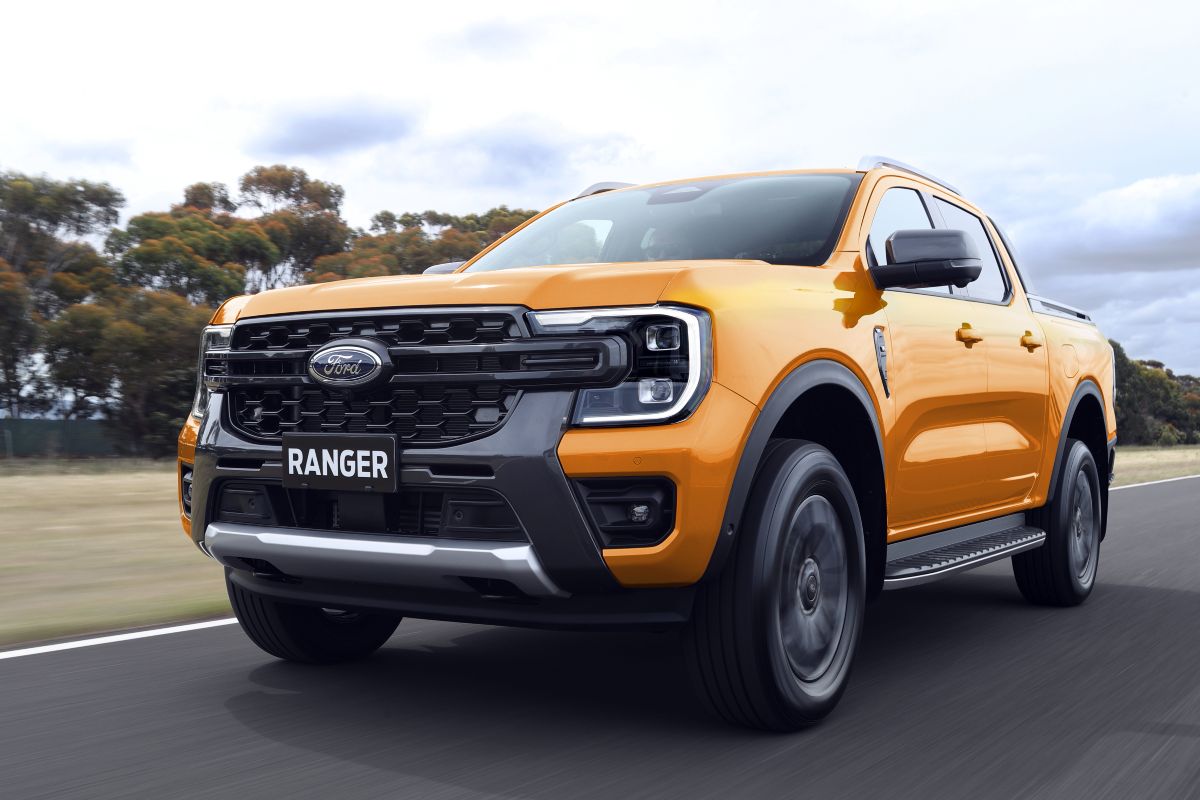 A nervous Ford has revealed photos and details of its new Ranger utility.

Nervous because the current Ranger has been a phenomenal success, while the car buying public can be such a fickle mob, jumping from brand to brand and model to model — in the blink of an eye.

One might have expected a hybrid version at least, given the demands of global warming, but Ford probably wants to establish the new model before it does anything even vaguely radical.

So choice of motivation at this stage, is diesel, diesel, or you guessed it — diesel.

There’s a 3.0-litre V6 and or two four cylinder units that carry over from the current model — with either one or two turbochargers.

Ford reveals customer input was a key element in the development of the new model.

It spent a lot of time with pick-up owners around the globe, conducting more than 5000 interviews and dozens of customer workshops to understand how customers used their pick-ups and what they wanted and expected.

It features a defined new grille and signature C-shaped headlight treatment at the front, while a subtle shoulder line down the sides incorporates bolder wheel-arches that gives the ute a sure-footed stance.

At the back, the tail lights are designed in harmony with the signature graphics on the front.

Inside, the cabin is more car-like, with premium soft-touch materials and a prominent portrait-style touchscreen with Ford’s signature SYNC 4  connectivity and entertainment system.

The screen is 10.1 or 12.0-inches in size, depending on grade, complementing the fully digital instrument panel

“They were very clear in what Ranger should be, both in the way it looks, and the way it makes them feel.”

While it’s billed as “new generation” Ranger, Ford has avoided referring to the vehicle as all-new — because it isn’t.

The chassis and suspension have been upgraded, with a 50mm longer wheelbase and 50mm wider track.

The wider track allows for a wider tub which in turn means operators will be able to slide a full pallet into the back.

A hydro-formed front-end structure creates more space in the engine bay for the new V6 and helps future-proof the Ranger for “other propulsion technologies”.

That might be a hybrid after all, maybe even an electric Ranger to go with the electric Mach-E SUV (sorry, Mustang).

It also allows more airflow to the radiator, which helps keep running temperatures down when towing or carrying heavy loads.

Series explores our ‘passion’ for cars

Customers wanted a choice of more power and torque for towing heavy loads and extreme off-roading, so the team added Ford’s proven 3.0-Litre turbo diesel V6 and developed it for the Ranger.

It also comes with a choice of proven Single-Turbo and the Bi-Turbo 2.0-Litre inline four-cylinder diesels.

The Single Turbo delivers power, torque and fuel economy, which is important to small business owners and commercial vehicle fleets.

The Bi-Turbo engine is a more sophisticated, performance variant for customers who want more power but need to maintain fuel economy.

Don’t get too excited though, because the vehicle does not go into production until next year.

Local spec and pricing will be revealed closer to launch.