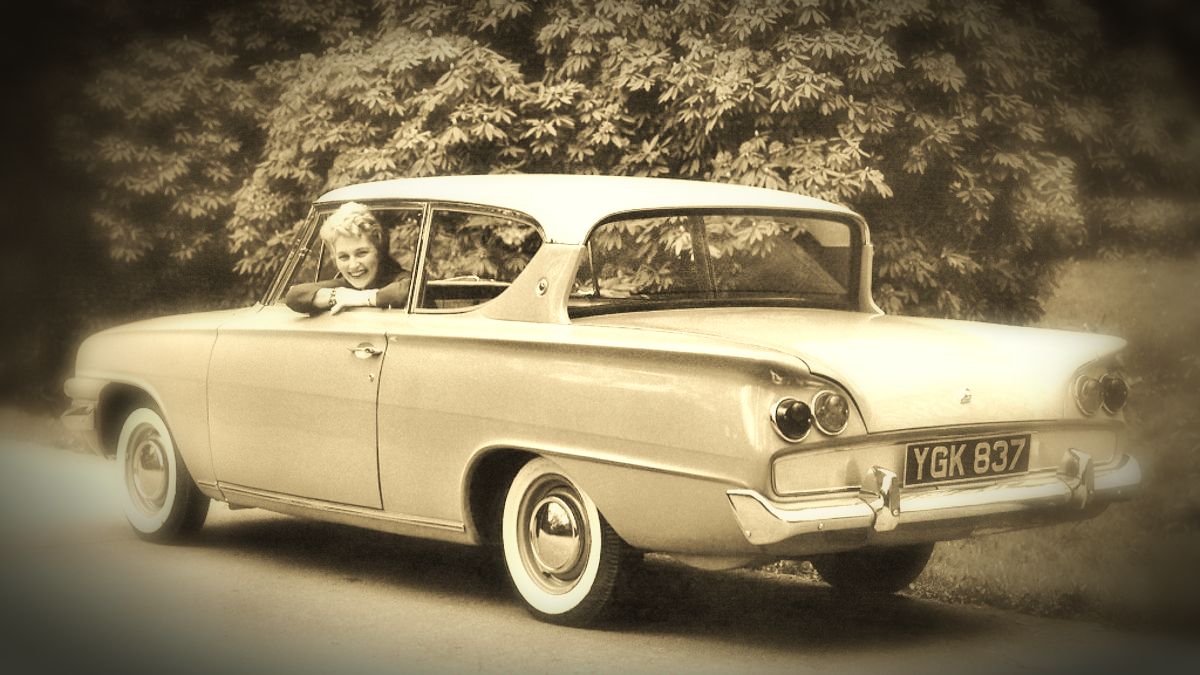 Our story unfolds in the UK.

It’s 1961 and Ford makes a rare misstep, misreading the market.

Jaguar has set the scene with its big cat and Rootes built some of their best ever cars.

They are simple, robust and well-built family cars which sold at slightly higher prices to comparable products from Vauxhall, Ford and BMC — but retained a loyal customer base because of those exact qualities.

Exhibiting its badge engineering prowess, Rootes unveiled the Vogue four months ahead of the Super Minx.

It was everything the Minx was, with better fittings, woodgrain inlays and four headlights.

Planned to replace the smaller Minx and Gazelle, which dated back to 1956, the Super Minx and Vogue were upsized during development.

Whether this was by intent or just happened, has never really been answered.

Anyway, the outcome gave Rootes two mid-sized models to offer families who were venturing out onto the UK’s new multi-lane high speed motorways and needed pace and space.

The Mark X is one of Jaguar’s most overlooked models and one of my favourites.

Its unitary construction allowed for a lower profile than its predecessors.

And big it was, with dimensions similar to a 1961 Chevrolet Impala.

The interior was swathed in rich leather hides and lacquered timber.

Folding picnic tables front and rear allowed the gentry to nibble canapes and sip sherry while being whisked to the country estate for the weekend.

Few good examples of the Mark 10 survive these days.

The independent rear suspension has been a favourite of hot rodders.

Had the Consul’s styling theme been accepted for the US Falcon—and it was seriously considered—automotive history would have been very different.

The reverse rear window design theme was based on an early 1950s Ford concept car called the D-528 and found its way onto the 1959 Ford Anglia.

Whilst the reverse window looked great on the Anglia it appeared cartoonish on the Consul.

When the Cortina arrived in 1962 very few saw a reason to buy the similar sized and more expensive Consul.

The two-door hardtop coupe was better looking, being a smaller version of the 1960 Galaxie Starliner.

By comparison, Holden was boasting about its “new” EK having one speed electric wipers, instead of vacuum operated units.

CHECKOUT: Ford could have had VW for nothing