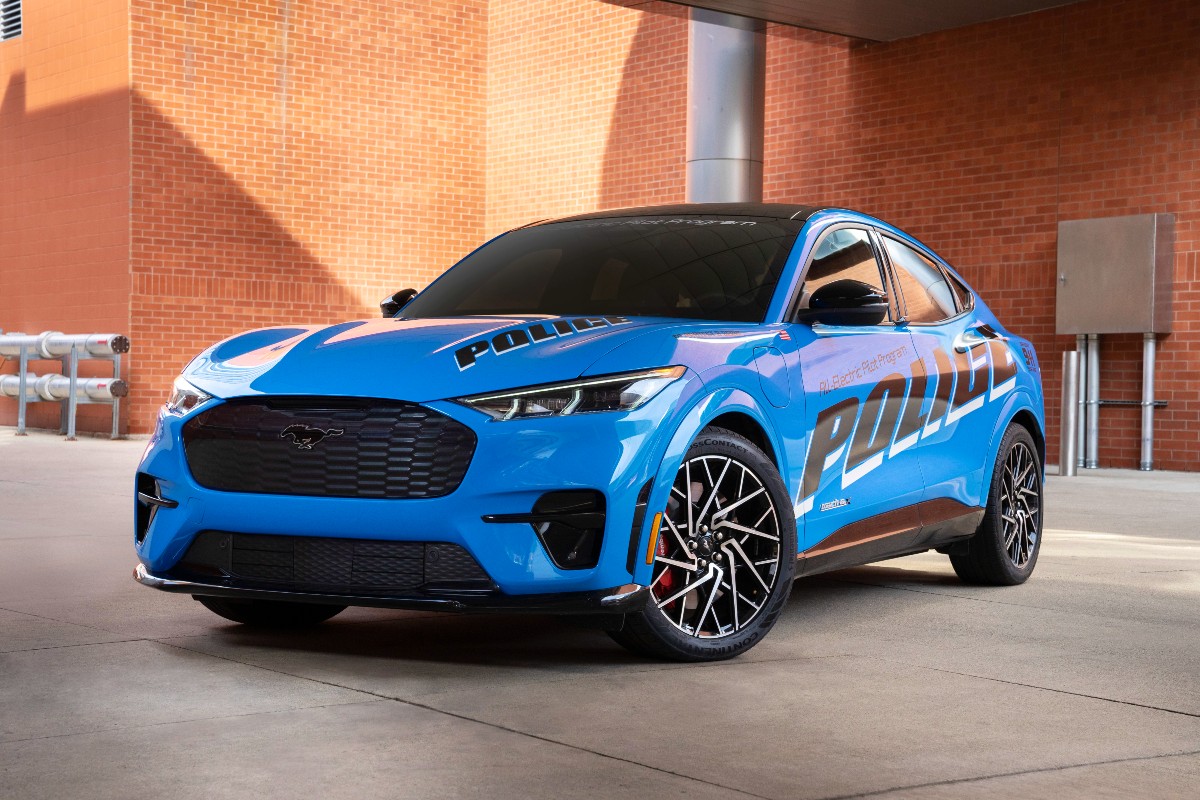 In August, Ford released a 12-page bulletin to police agencies about which Mach-E trim levels to consider for their patrols.

The higher spec GT model is recommended with its DC converter and extended-range battery pack which can support aftermarket equipment such as lighting, radios, video, computers, spot lamps, surveillance and radar.

“The base vehicle (non-GT) does not have capacity for additional loads beyond vehicle standard equipment,” it warns.

This follows interest in the UK, where Ford recently demonstrated the Mustang Mach-E police car at the Emergency Services Show at the NEC in Birmingham.

The Met has already appraised the Mach-E and several police agencies in the UK are looking at buying the Mach-E for official use.

The GT Performance edition is even quicker.

The latest round of testing included acceleration, top speed, braking and high-speed pursuit, as well as emergency response handling characteristics.

It should be pointed out that Ford also submitted its F150 Police Responder and Explorer models for evaluation.

No word on the F150 Lightning.

Its all grist for the mill as Ford pushes ahead with $30 billion rollout of electric vehicles 2025.

Michigan State Police is one of two law enforcement agencies that annually test new model year police vehicles and publish the results for use by agencies nationwide.

Ford will use the pilot program testing as a benchmark while it continues to explore purpose-built electric police vehicles in the future.

“The fact that the Mustang Mach-E successfully stood up to the grueling Michigan State Police evaluation demonstrates that Ford can build electric vehicles that are capable, tough and reliable enough for even the most challenging jobs,” Ford Pro boss Ted Cannissaid.

“We understand the needs of our commercial customers and are committed to unlocking new electrification opportunities for them.”