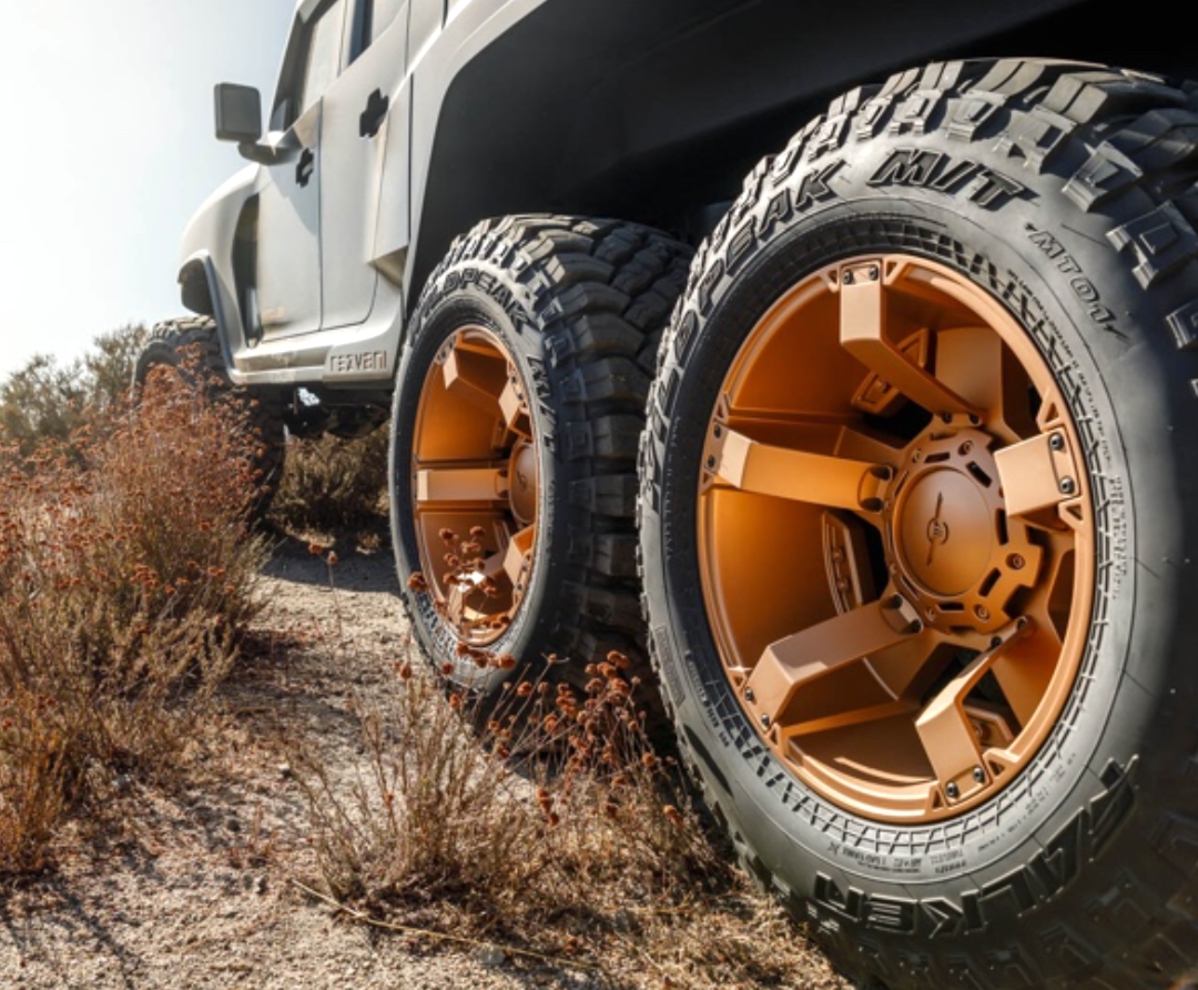 Move over, Hercules coming thru!

YOU want a tough ute to fit your image, and the toughest you know of is a Dodge RAM?

Think tough, and then have another bowl of Weeties and think again.

It’s a California-based outfit that over the years has built up a reputation for launching exotic sports cars and SUVs.

We’ve mentioned them before, but the brand has just come out with its most bonkers creation yet: a six-wheeled, off-road-focused ute that can be ordered with a brain-melting 970kW V8.

Company CEO Ferris Rezvani says it “is easily the toughest and most powerful production truck in the world.”

It starts out life as a humble Jeep Wrangler, just like the Rezvani Tank SUV, which arrived in the US in 2017.

However, the Hercules has been even more extensively modified, to the point where the donor vehicle’s roots are no longer recognisable.

The total length, for instance, is 6100mm, or more than 6m if you’re already confused.

In both cases you can choose between a 6-speed manual or 8-speed automatic.

If money really is no object, an additional $342,000 will get you a specially tuned version of the supercharged V-8 that went into the Dodge Challenger SRT Demon.

To save you calling the bank for a conversion rate, the top-of-the-pops Hercules will set you back $651,000 in Oz folding money.

And since there’s no Australian agent yet, you’ll have to pay import duties and taxes and see if you can get it through our ADR specs. Good luck.

Rezvani bumps up the Dodge’s displacement from 6.2 to 7.0 litres and adds a host of other mods to generate a hypercar-rivalling 970kW.

This option also gets you the reinforced 8-speed automatic out of the Ram 1500 TRX.

There are also two off-road packs to choose from, which include the brilliant Fox 3.0 internal bypass shocks, a set of Dana 60 axles with air lockers and an air compressor, plus massive brakes with eight-piston calipers and 16-inch rotors, as well as an exterior light package that can turn night into day.

The vehicle is equipped with a roof-mounted LED light bar and sculptured metal sport bars which are available in a variety of finishes.

Other highlights include customisable wheels with 37-inch off-road tyres.

For those who need it, or simply want it, Rezvani also offers an armoured version known as the Hercules 6×6 Military.

There’s also a device to protect the vehicle’s electronics from an EMP (electro magnetic pulse) attack.

Mercedes-AMG started the modern 6×6 craze when it rolled out a six-wheeled version of the previous-generation G63.

That was back in in 2013, and several specialist companies have built their own versions of similar monsters.

But the Rezvani Hercules is the most extreme yet.

Its timing coincided with that of the US election, which makes one wonder if The Donald, or perhaps Sleepy Joe as well, will feel safer in one of these?

Or whether you’d like one, if only to satisfy your ego?

Go on, you only live once.

CHECKOUT: Beauty and the Beast