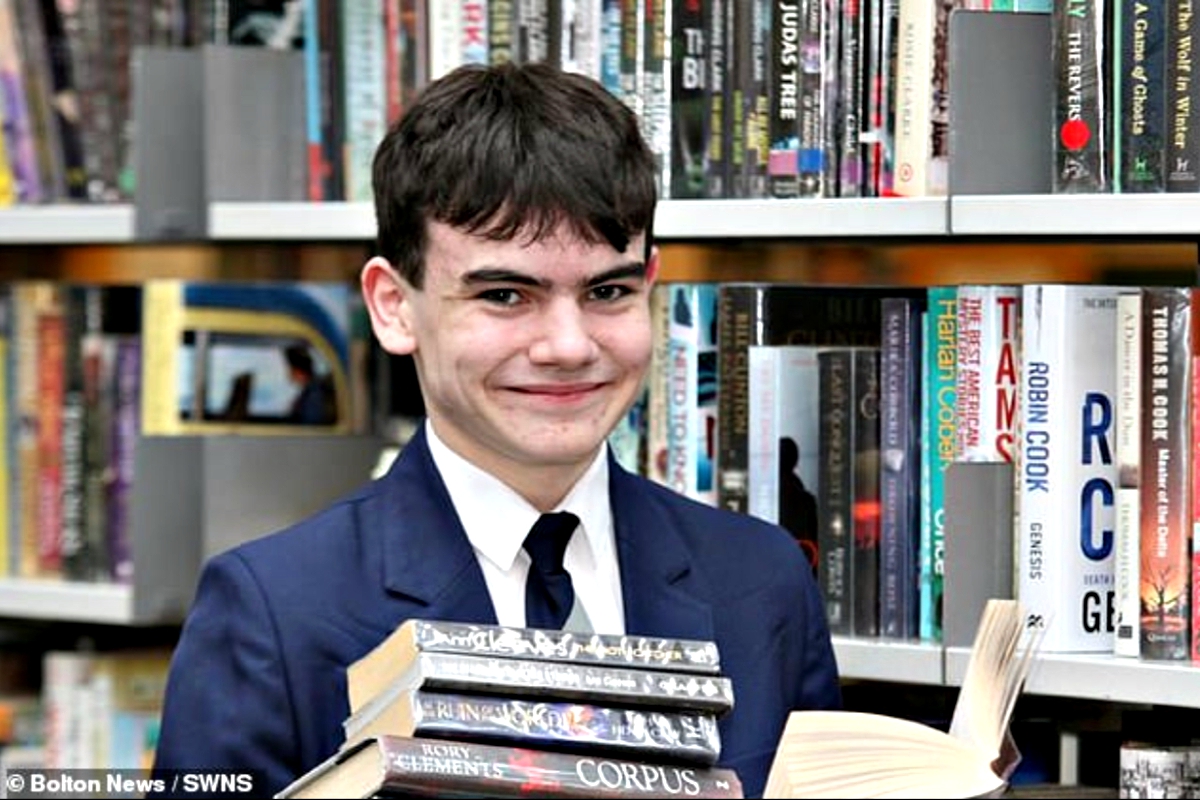 MOST good stories start with ‘once upon a time’ — and here’s a another.

Once upon a time there was a bright young lad from Bolton who decided he wanted to get his name into the Guinness Book of Records.

Bolton, known mainly as the home of the Bolton Wanderers Football Club, is a a town in the Manchester region that became known for its textiles after Flemish weavers settled there back in the 14th century.

The Flemish weaving part might have played a bit since the lad wove a lot of data into his brain’s memory chip as he set about his attempt — which was to learn the first lines of as many books as he could.

To cut a very long story short, the boy, Monty Lord, read the opening pages of a great many books, and was able to identify them just by hearing their first sentence.

Monty, aged just 14, consecutively identified 129 books, and won a place in Guinness World Records by beating the previous record — a mere 30 (formerly held by a man in India).

Monty told the Daily Mail he became fascinated by the powers of memory while doing a correspondence course in psychology.

When his father, TV producer Fabian Lord, challenged him to get into the record books, he accepted and picked on the feat for the most consecutive books identified from their first sentence.

He then sat in a classroom at his school, St Joseph’s High in Bolton, and was filmed as Mr Lord read out 130 opening lines.

He would have identified all 130 correctly had his 44-year-old father not made a mistake at the start, saying the title instead of the opening line of the first book.

The list contained many children’s favourites, such as the first Harry Potter, The Gruffalo and The Adventures Of Huckleberry Finn.

But it also ranged from William Shakespeare’s plays to Ian Fleming’s Bond books, Iain Banks to Franz Kafka – and included controversial works such as Lolita and A Clockwork Orange.

“I had two or three weeks to memorise the first lines,” Monty said.

“I would try to find a link with the title, so Harry Potter was quite easy, but I did get stuck on Lord Of The Rings because I thought it might be The Hobbit – but realised I had already said that one.”

Eleven days after achieving his feat last month, he received an email from Guinness World Records titled You’re Officially Amazing — informing him of his success.

“I was half asleep when my dad burst in and announced I was now a world memory champion,” Monty said.

‘It didn’t really sink in for a couple of hours. It’s great but I’m just me and probably everyone has a record in them they can break.”

The feat should come as no surprise as Monty is already an author.

He released his first book, Freaky School, when he was just seven – and put his memory skills to the test last summer when he recited the Lord’s Prayer in Aramaic, the language of Jesus, at his father’s wedding . . . a task he said he found harder.

Here are 10 of the opening lines Monty memorised. Can you guess which books they came from?

Oddly enough, none of them started with ‘once upon a time.’

CHECKOUT: Remember dialing 1194 to get the time?