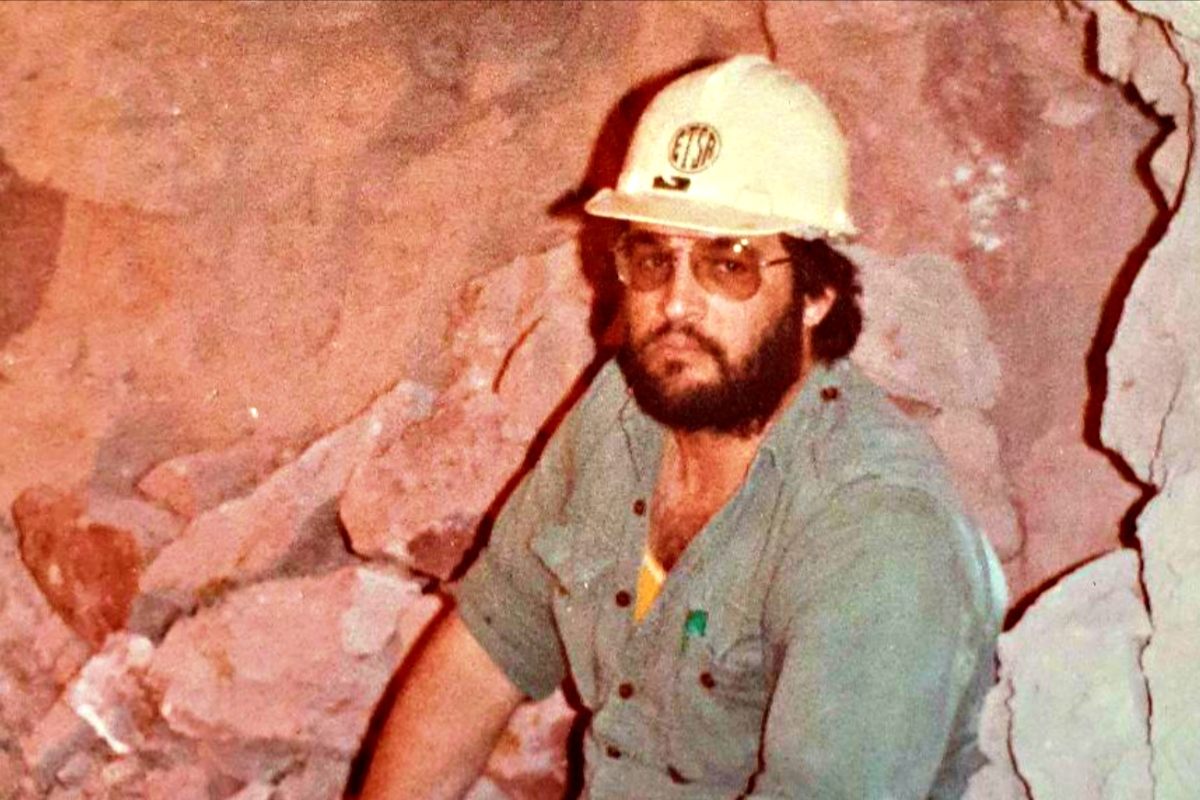 Mike has a dinosaur named after him

Home
Listen up
Mike has a dinosaur named after him

IT’S roughly seven years since the earth unveiled Australia’s youngest dinosaur, a smallish one that was apparently about the size of a well-fed rottweiler — and now known as weewarrasaurus pobeni.

Wee Warra is a farming area in the Walgett district, roughly 600km inland of Coffs Harbour, and 45km down the road from Lightning Ridge in northern New South Wales.

Saurus is from the Greek for lizard and the pobeni suffix pays tribute to the man who recognised tiny teeth marks on a stone in a bag of rough opals he bought as “something special”.

He’s Mike Poben, now a legend in the world of opals.

As an dealer in the precious gemstone, he’d seen a great many over the years and when he bought two bags of rough opal material he’d been offered, he discarded most of it.

But a small fragment, just a couple of centimetres long, looked unusual.

He had a closer look and saw two small fan-shaped ridges and a vein of blue-green opal.

As he looked at the piece through his magnifying glass, the hair started rising on the back of his neck.

“And then something else said, ‘If these are teeth, then this is a jawbone.’

“Opalised jawbone with teeth are rare as rocking horse shit . . . you just don’t find them.”

Also in the bag was another, similar fragment of jawbone.

He didn’t know it at the time, but this small discovery would shine new light on what we know about prehistoric life on the Australian continent.

Mike cherished the two little fossils which were two pieces of the same jawbone, richly coloured with veins of opal, brought up from deep underground but broken apart in the mining process.

He brought them back together and added them to his collection.

“I can’t tell you how many times I’ve pulled them out of their hiding place and looked at them like at three o’clock in the morning,” he said.

After a few years of wondering about them, he decided to get a professional opinion and got in touch with University of New England paleontologist Phil Bell.

Dr Bell and an Italian colleague, Federico Fanti, met Mike at a hotel room to look over some of his collection.

Mike showed them a few of his other pieces, but saved the two opalised teeth for last.

“I knew something was up because both of them looked at the two pieces for 45 minutes. They swapped them back and forth,” he said.

Under the table lamp in the room, Dr Bell knew right away that these opals, flashing with blues and pinks, were unique.

“It was still kind of dirty and still had a lot of rock adhering to the surface of it,” he recalled.

“I saw not only the beautiful colour in these two pieces of bone, but also the teeth.

“And it was obvious we were looking at the jawbone of a dinosaur.”

Dr Bell feared they may disappear into a private collection, so he and Dr Fanti measured and photographed the specimen.

They sketched the teeth and memorised their shapes and size.

From there, Dr Bell began scouring museums around the world, comparing the jawbone to other fossil records, hoping to find a match.

It was two years until everyone who had been in that hotel room finally learned the truth.

“To be honest, I feel overwhelmed now just talking about it,” Mike said, reflecting on the search years later.

“It’s a new species. They have proved beyond scientific doubt that it’s a previously undiscovered animal — a new Australian dinosaur.”

The species that furnished Mike with the opalised jawbone were dog-sized herbivores, probably between one and two metres in length.

They likely travelled in herds, picking at the low branches and eating plants that grew around the freshwater lagoons of the region.

Some of the species had a kind of beak on the lower jaw.

Thanks to the palaeontologists, they now also have a full scientific name: Weewarrasaurus pobeni.

“They said thy were hoping I’d donate it to the museum,” Mike said.

“And I knew right away it was the right thing to do.”

So the opalised Weewarrasaurus pobeni teeth now live at the Australian Opal Centre in Lightning Ridge.

“If you ask me, the thing is priceless,” Dr Bell said. “It’s the only one of its kind on the planet.

“Mike appreciates it so much that he doesn’t want it on his mantelpiece like so many collectors do.

“He sees that the true value of it, which is to all Australians; it’s to the entire world, really.

“So people can now go and see that jaw [at the museum] and it’s there for everyone to appreciate and hopefully get a little bit of the thrill that Mike and I got in laying our eyes upon this thing for the first time.”

And Mike is one of the few people in the world who knows what it feels like to have a dinosaur named after you.

The modern Gulf of Carpentaria is the last remnant of a shallow inland sea that covered most of eastern Australia about 100 million years ago.

Back then, the Australian continent sat 60 degrees south of where it is today, and Lightning Ridge was almost coastal real estate.

The dry and dusty region of today was once in the catchment of rivers and lagoons that drained into this sea, and the area would have been covered with densely vegetated, lush forests.

A geological quirk resulted in some of the richest veins of the most valuable black opals being found around Coober Pedy, in South Australia, and Lightning Ridge.

“If these fossils were in surface rock, like those found in China and Mongolia, it would be an absolute treasure-trove,” palaeontologist Dr Bell said.

“But all of these [fossilised] rocks are underground.

“On a normal dinosaur expedition we’d be walking on the surface looking for bits of bone, but we don’t have that luxury in Lightning Ridge.”

Hence researchers are now looking into some mines that are not economically viable, but are known to produce fossils.

“We’re indebted to the miners for everything.”

Mike Poben is still in wonderment.

“Every time I see it (the scientific name) written I’m gobsmacked that my surname is attached to the creature,” he said.

“I don’t want to get philosophical, but it’s added meaning to my life in ways that I never thought it would.”