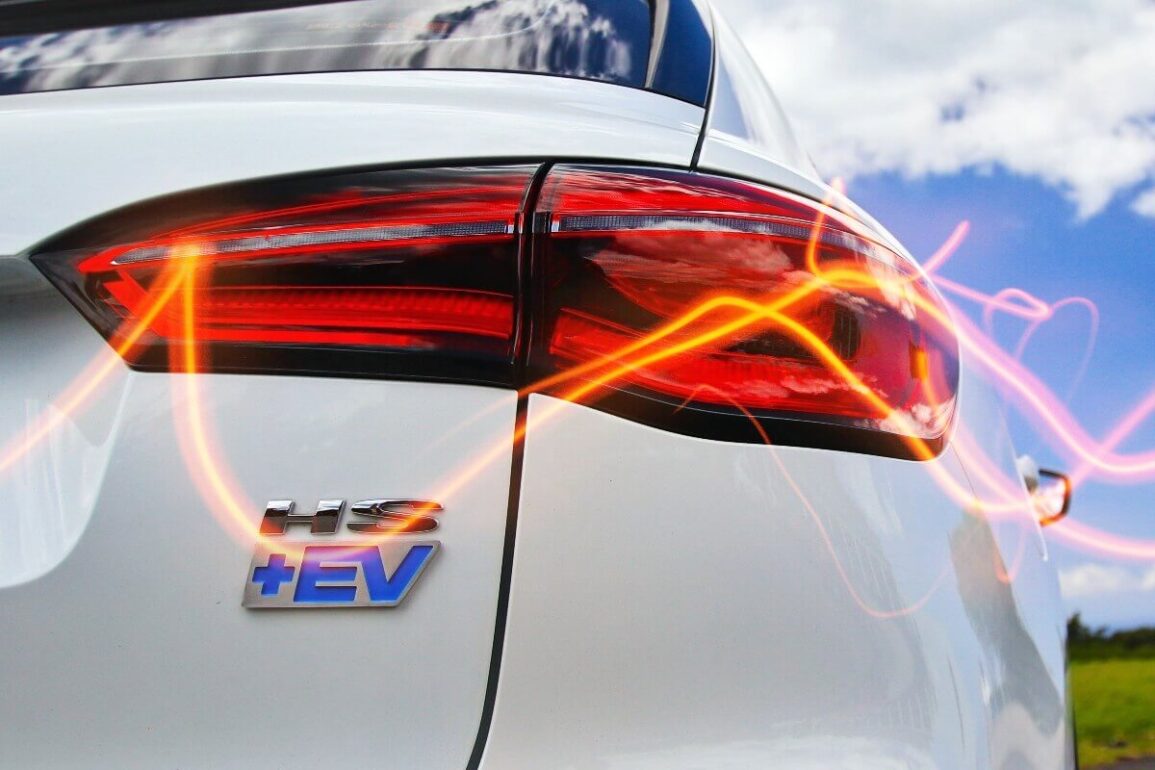 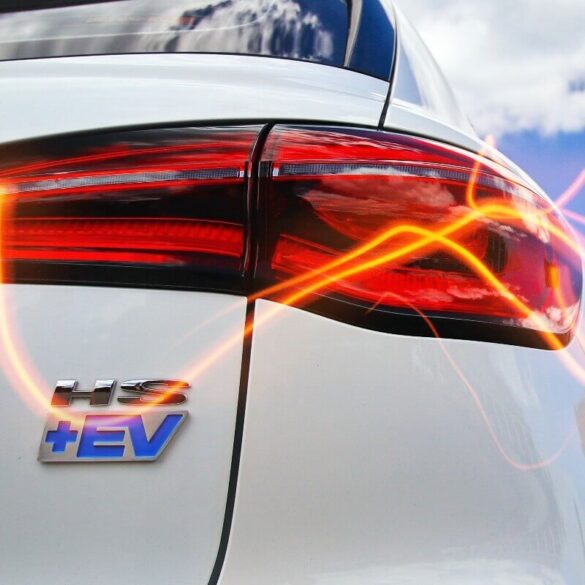 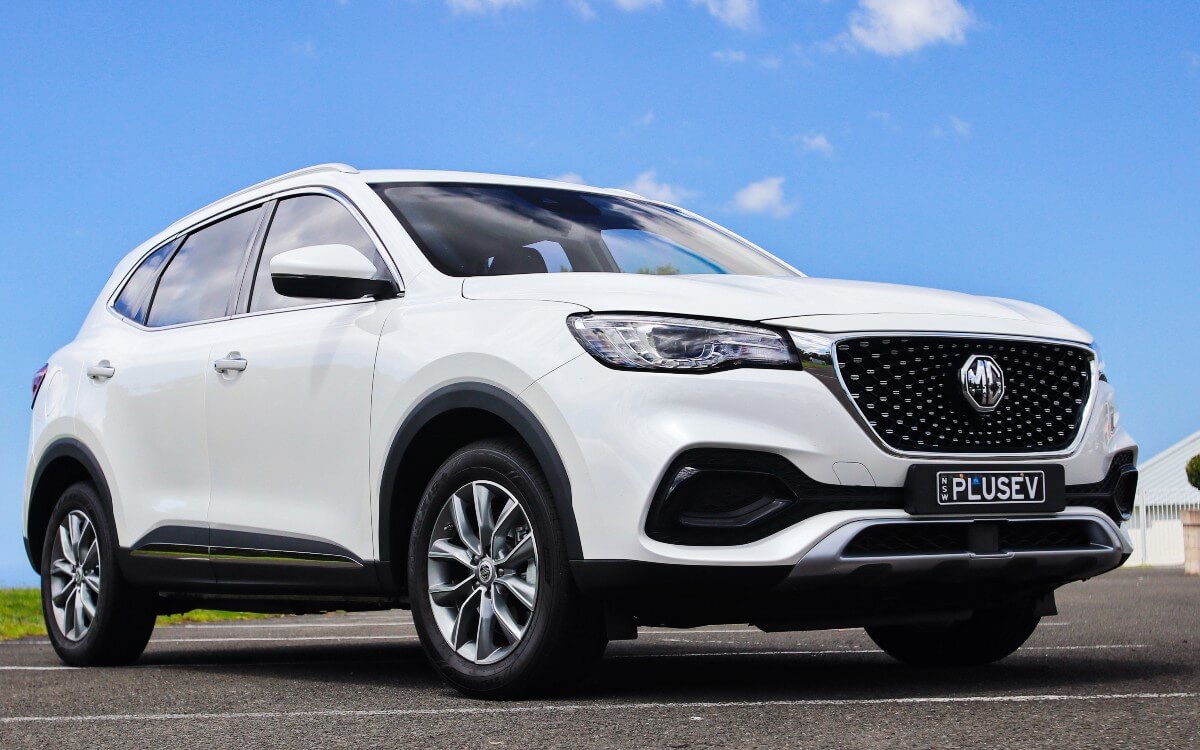 Chinese brand MG is now sitting in seventh place in the Australian market in terms of sales.

The company’s success is all the more impressive given there are only three models in its range, the MG3 hatchback, ZS small SUV and HS mid-sized SUV.

The two SUVs are offered with different levels of electrification, the ZS is fully electric — while the HS is a plug-in hybrid.

Both come in a choice of Excite and Essence equipment grades.

The subject of this review is the HS plug-in, originally branded as the HS PHEV, but subsequently renamed, probably at the behest of the company’s marketing department — as the HS +EV.

Our test car was the higher-spec Essence. 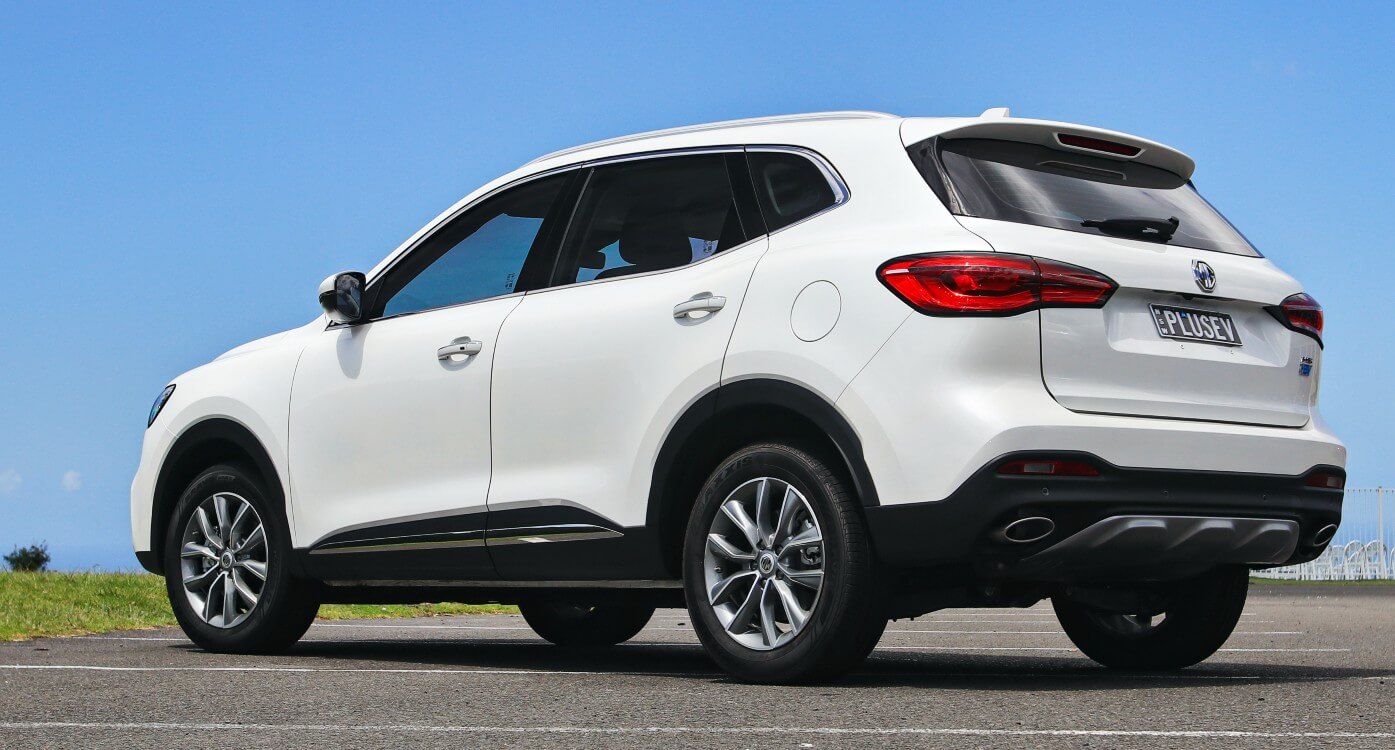 MG HS +EV is a neat and stylish vehicle, but without anything to make it stand out from the SUV crowd.

The front is dominated by a large honeycomb grille with the familiar ‘MG’ badge front-and-centre.

One wonders how many buyers, especially younger ones, recognise that iconic badge and its history – we suspect not too many?

Essence comes with LED headlights. But Excite fails to live up to its name with halogen lights and 17-inch alloy wheels.

Smartphone mirroring is available through cabled Apple CarPlay or Android Auto with two USB ports at the front and another pair at the rear.

Satellite navigation is standard in both variants. 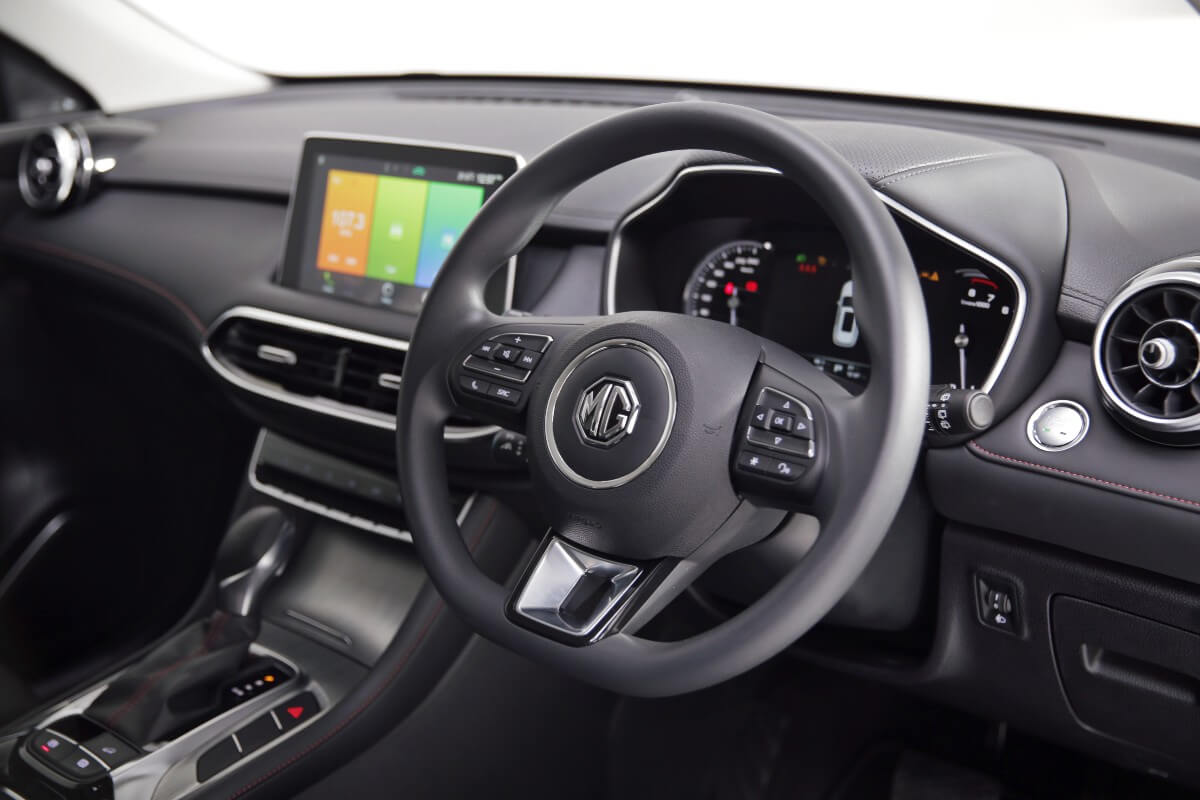 All-wheel drive is available in the petrol-only HS but, at this stage, the +EV is front-wheel drive only.

An advanced gearbox transfers the power from the petrol engine and the electric motor to the front wheels.

The petrol engine’s drive torque is transmitted by a six-speed automatic gearbox, while the electric motor transmits power through a four-speed electronic drive unit.

Together, they form a 10-speed automatic gearbox, enabling the vehicle to choose the ideal gear and change gear smoothly and rapidly.

Charge time is listed at around seven hours from a normal household socket.

We were able to charge from empty to full in just under four hours from our 7kW JetCharge wall box.

Entry is easy to manage and there’s good interior space.

Rear legroom is acceptable and there’s plenty of headroom despite the panoramic sunroof.

Excite comes with polyurethane/PVC seats while the Essence steps up to two-tone leather front sports seats with power adjustment and heating as well as LED ambient lighting.

Essence comes with a powered tailgate.

The battery charging cable is stored below the boot floor, meaning there’s no room for a spare wheel.

Instead you’ll need to rely upon the supplied tyre repair kit if you get a puncture, a growing risk in pot-hole riddled Eastern Australia.

As is the norm with hybrids the HS +EV moves off under battery power with the engine kicking in at around 30km/h or earlier under hard acceleration.

Tapping the ‘EV’ button on the centre console ensures the engine doesn’t activate while ever there is charge in the battery.

Factory tested fuel consumption figures had us scratching our heads with the city cycle showing 5.8L/100km and the combined city/highway cycle just 1.7L/100km.

That latter figure is dependent upon the battery being fully charged to start with and supplying the first 63km of the hypothetical 100km trip, with zero fuel being used.

To extend that 1.7L/100 km beyond that 100km would require the battery to be fully re-charged before proceeding.

We tested the fuel consumption with no charge in the battery and averaged 6.9L/100km on our predominantly motorway drive from Gosford to Sydney helped along by the usual brake regeneration feature of most hybrids.

These issues aside we found the plug-in MG to be a very impressive vehicle.

The instant torque and silent running of EVs contribute to a very enjoyable driving experience.

Testing in EV mode with the battery fully charged, and driving conservatively over flat roads, we were able to just about match the claimed range of 63km.

Performance is capable but unexciting as is the norm with vehicles in the SUV segment.

Steering is a little heavy but responsive enough.

Unlike other EVs the amount of brake regeneration when decelerating cannot be adjusted, but we found that the level was just right, effective without being too intrusive.

The twin information screens are easy to read and operate although, as is becoming increasingly common, too many of the most-used features needed screen taps rather than being physical knobs.

While we appreciate that the lane-correction safety feature can assist lazy and inattentive drivers, like almost everyone that we’ve talked to, we turn it off at the earliest opportunity.

In the HS +EV it’s simply a matter of giving two taps on a button at the end of turn indicator on the steering wheel stalk. 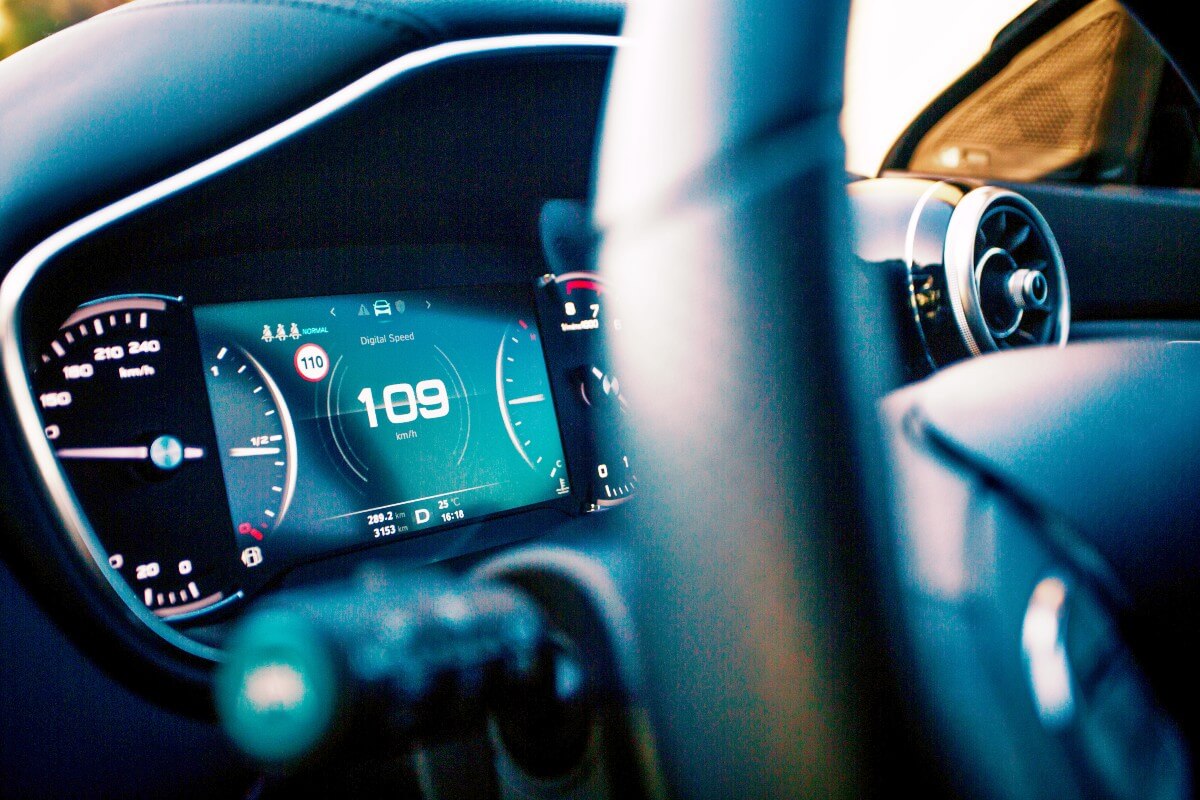 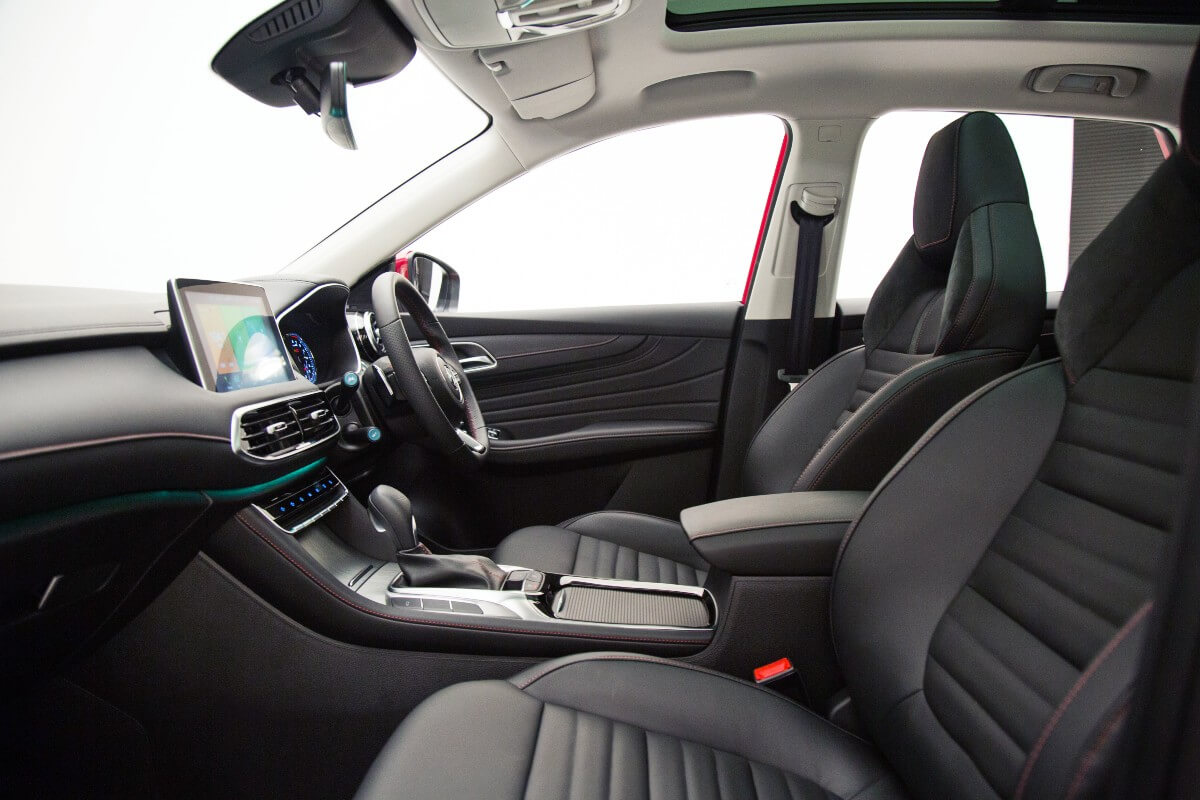 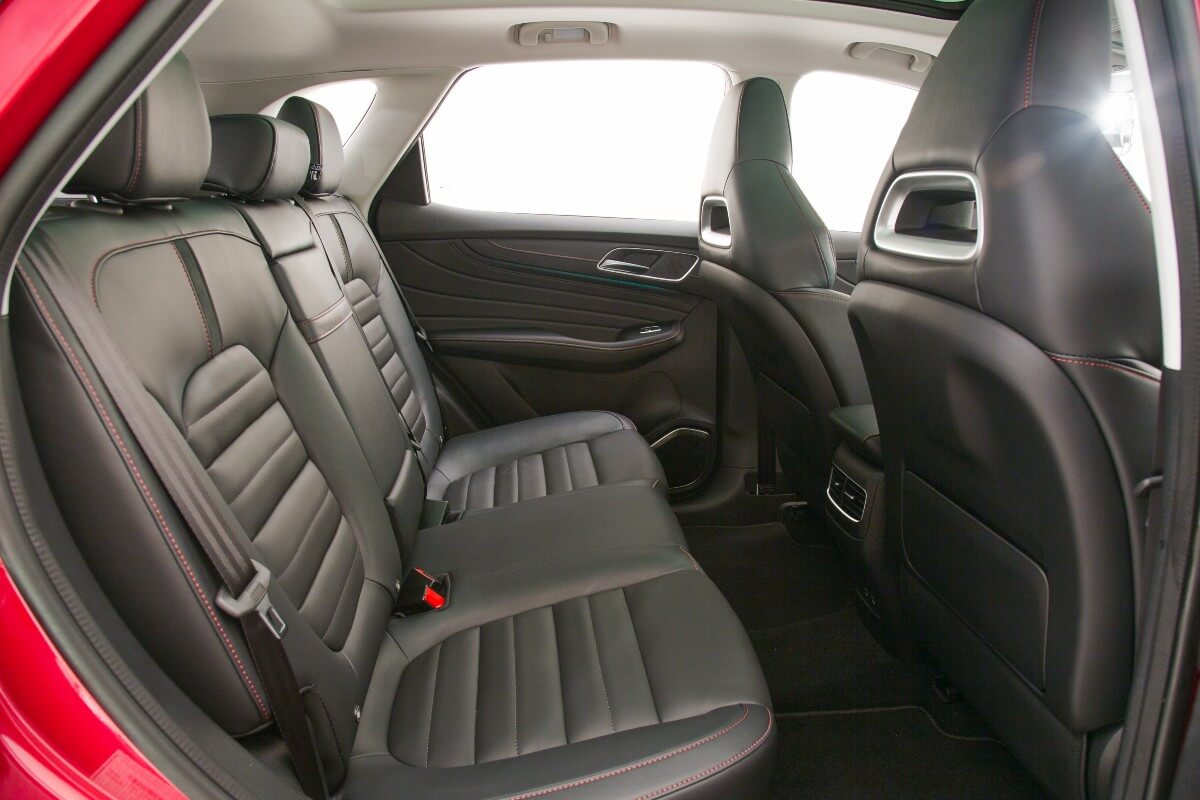 With driveaway prices starting at $46,990, it’s the cheapest of the three and comes with the longest (seven-year) warranty.

Whether the extra $10k for the +EV over its petrol-only HS equivalents can be justified will depend on buyer’s individual circumstances.

For urban buyers with short commutes and a home wallbox it would make sense.

Importantly, with long waiting times for most of its competitors, buyers can get into most MG models within weeks rather than waiting many months or even years. 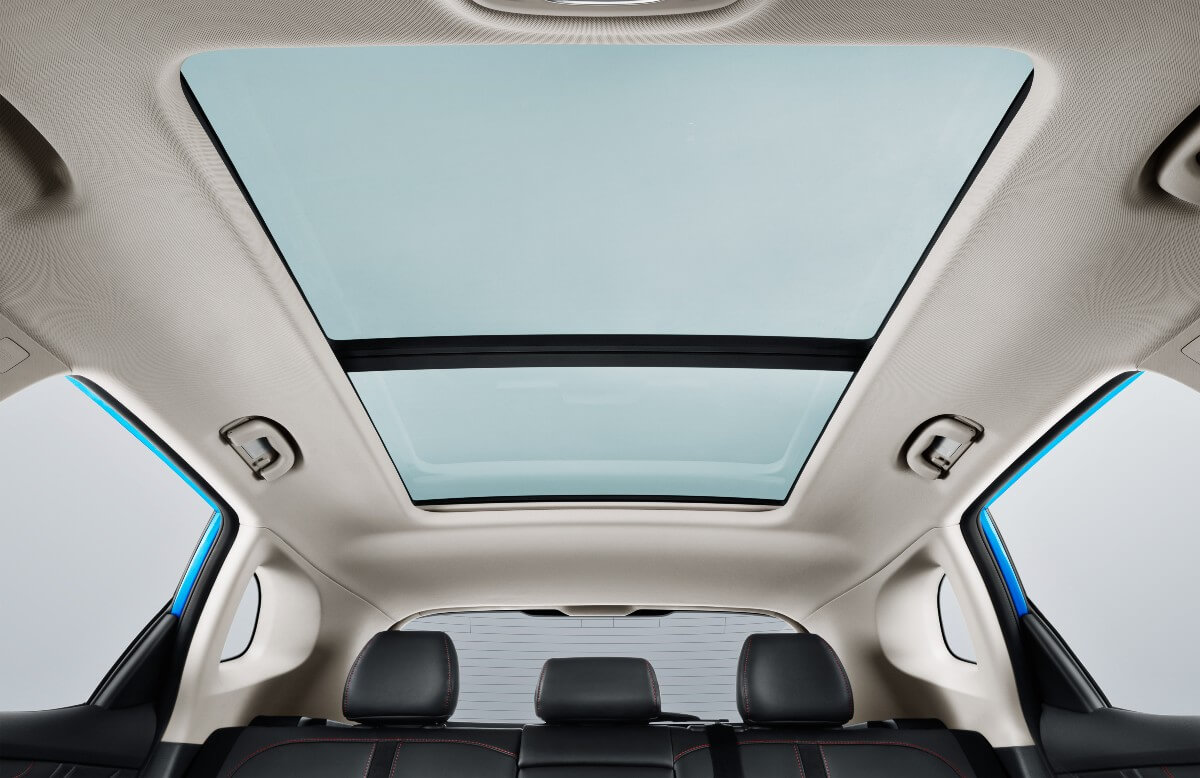 Check out deals on the MG HS +EV