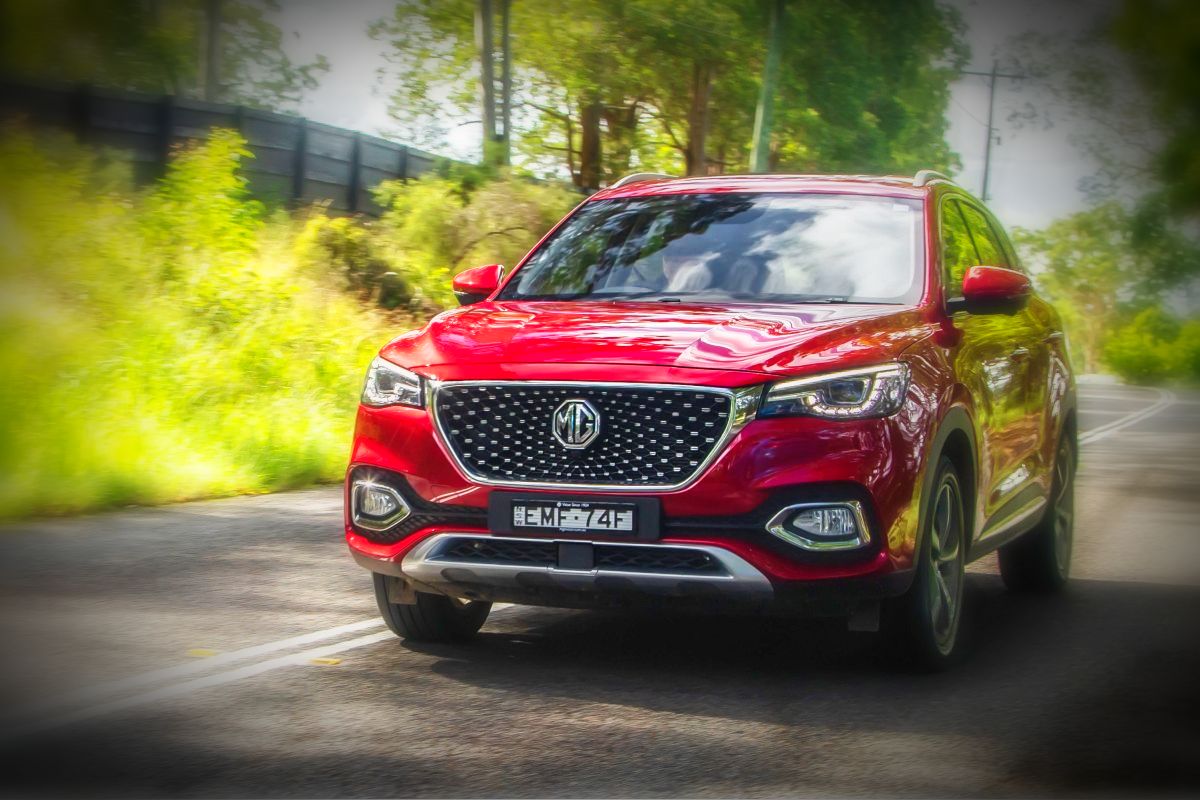 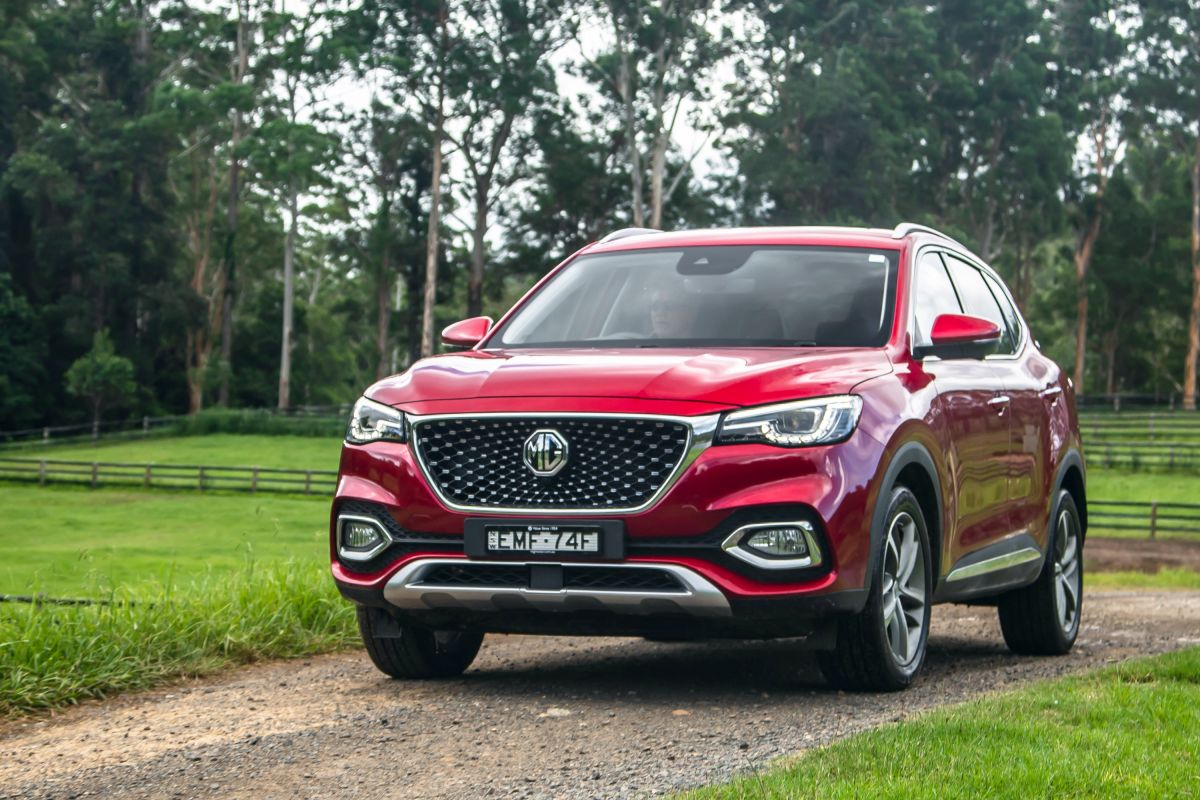 While China may not be the flavour of the month in Canberra, it is now beginning to make a significant impact on the Australian automotive market.

Leading this charge is MG Motor who, through a combination of attractive styling, sharp pricing, seven-year warranty and long equipment list, now sits inside the top 10 brands for overall motor vehicle sales.

Even more surprising is that this success has been achieved with just three vehicles in its range, one hatchback (MG30) and a pair of SUVs — the compact ZS and mid-sized HS.

To increase the appeal of the HS, an all-wheel drive version with a 2.0-litre turbocharged petrol engine has been added to the range.

Two variants are offered, Excite X and Essence X with driveaway prices of $37,990 and $42,990 respectively. 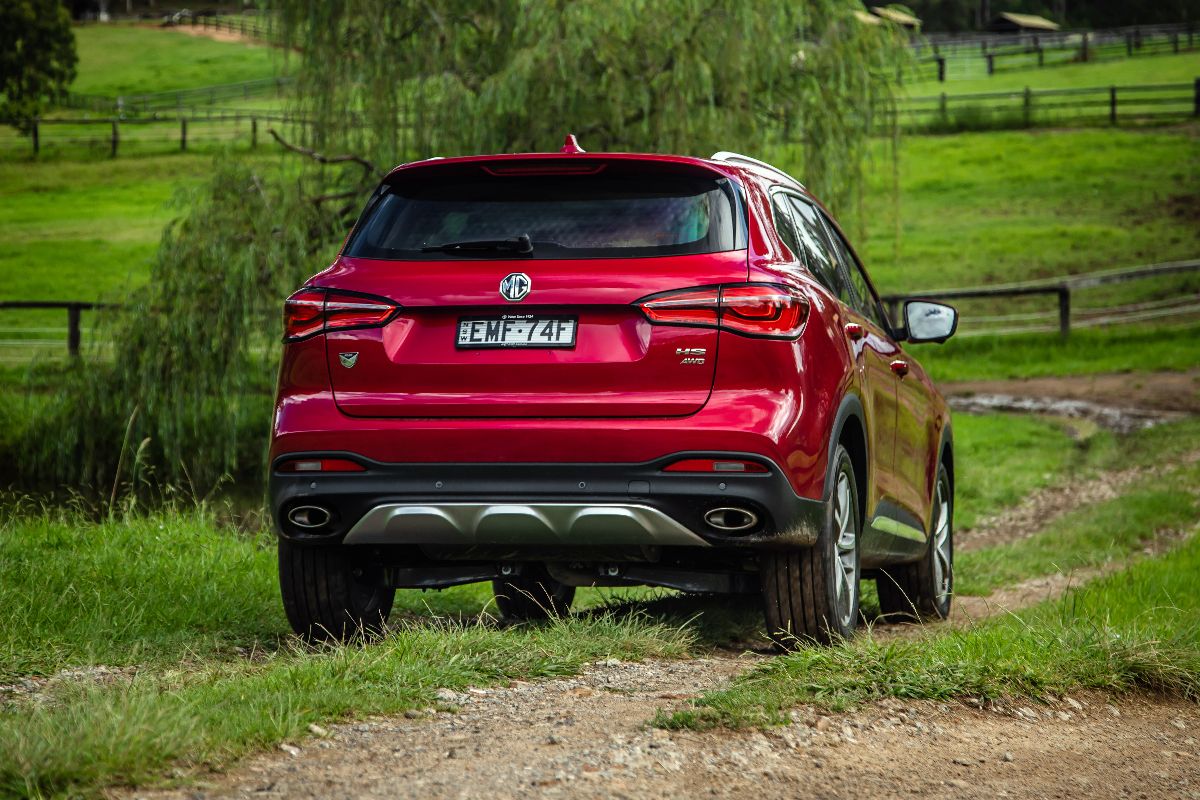 Our test vehicle, the MG HS Essence X AWD, with a 2.0-litre turbocharged petrol engine is priced at $42,990 driveaway.

MG HS has a neat and relatively conservative style, with the stand-out feature being the large honeycomb grille dominated by the iconic MG badge.

The badge also appears in numerous other locations — on the rear hatch, centre of the wheels, key fob, steering wheel and, in the Essence — is displayed on the ground at night via nifty puddle lights.

The door handles and mirrors are finished in body colour, of which there’s a choice of five, with chrome highlights on the window trim, side sills and fog light surrounds.

Inside, there are satin chrome highlights on the interior handles, air vents and steering wheel, with metal trim on the pedals.

Essence X comes with powered and heated leather trimmed front seats as well as a panoramic sunroof that extends almost the entire length of the roof and it has a powered tailgate.

One of the main reasons early Chinese entrants into the Australian market struggled was because of poor safety equipment.

That’s no longer the case as the MG HS comes a five-star ANCAP rating courtesy of of the impressive MG Pilot safety package which is standard across the range. 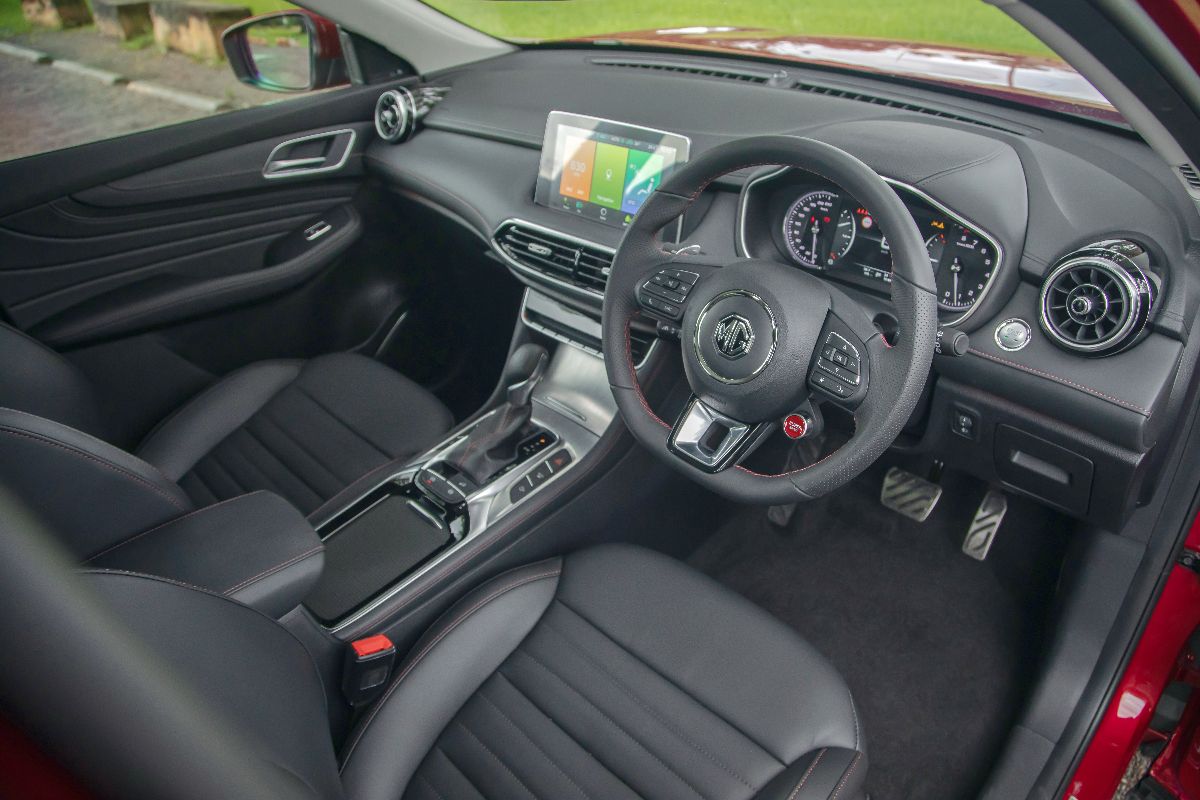 The two AWD HS variants are powered by a 2.0-litre four-cylinder turbo-petrol engine with outputs of 168kW and 360Nm.

The rest of the range, including the new PHEV plug-in hybrid, uses a 1.5-litre 119kW/250Nm turbo-petrol unit.

AWD variants are mated to a six-speed dual-clutch transmission, while the others get a seven-speed DCT.

The AWD comes equipped with Eco, Normal, Sports and Custom driving modes to provide options for whatever situation it encounters.

There’s excellent space in both the front and rear seats with plenty of headroom in both areas despite the large sunroof.

The combination of tilted rear seatbacks and tall front seat headrests are likely to annoy occupants.

The 2.0-litre engine in the HS AWD is a welcome addition, boosting both power and torque by around 40 per cent compared to the 1.5-litre unit — although that’s partly offset by the extra 180kg that the AWD carries.

Unfortunately, the bigger engine is let down by the dual-clutch transmission (DCT) which is sluggish off the mark and slow to respond.

There are steering wheel-mounted paddle shifters, but oddly can only be used when the main gear selector is pushed to the right.

Excite and Essence models, both FWD and AWD, also come with a Super Sport mode.

Activated through a red button on the steering wheel, it tightens steering feel and sharpens torque response for a noticeably better driving experience.

While the large infotainment looks great, many of the features need a series of taps and have slow response times, and so take far too much of the driver’s attention from the road ahead.

Worst of all we found a delay of around 8 seconds, between the time reverse gear was engaged and and the appearance of the reversing camera on screen.

Once on the motorway the HS cruised comfortably and, when we switched to the Super Sport mode, provided some driving enjoyment over the rural segment of our normal drive route.

Fuel consumption is listed at a fairly high 9.5L/100km. We averaged in the high 10s during our test.

All HS models use a high-resolution 10.1-inch tablet-style touchscreen which is split into three large components, providing access to audio, satellite navigation and air conditioning settings.

Switches below the screen are there as an alternative for audio volume control and aircon fan speeds and temperatures.

Wireless connectivity is provided by Bluetooth while for wired connections and smartphone charging there are four USB ports, two in front and two in the rear in all models.

All models have Apple CarPlay and Android Auto connectivity.

Integrated satellite navigation is standard in Excite and Essence models.

Kia Sportage: The price is right 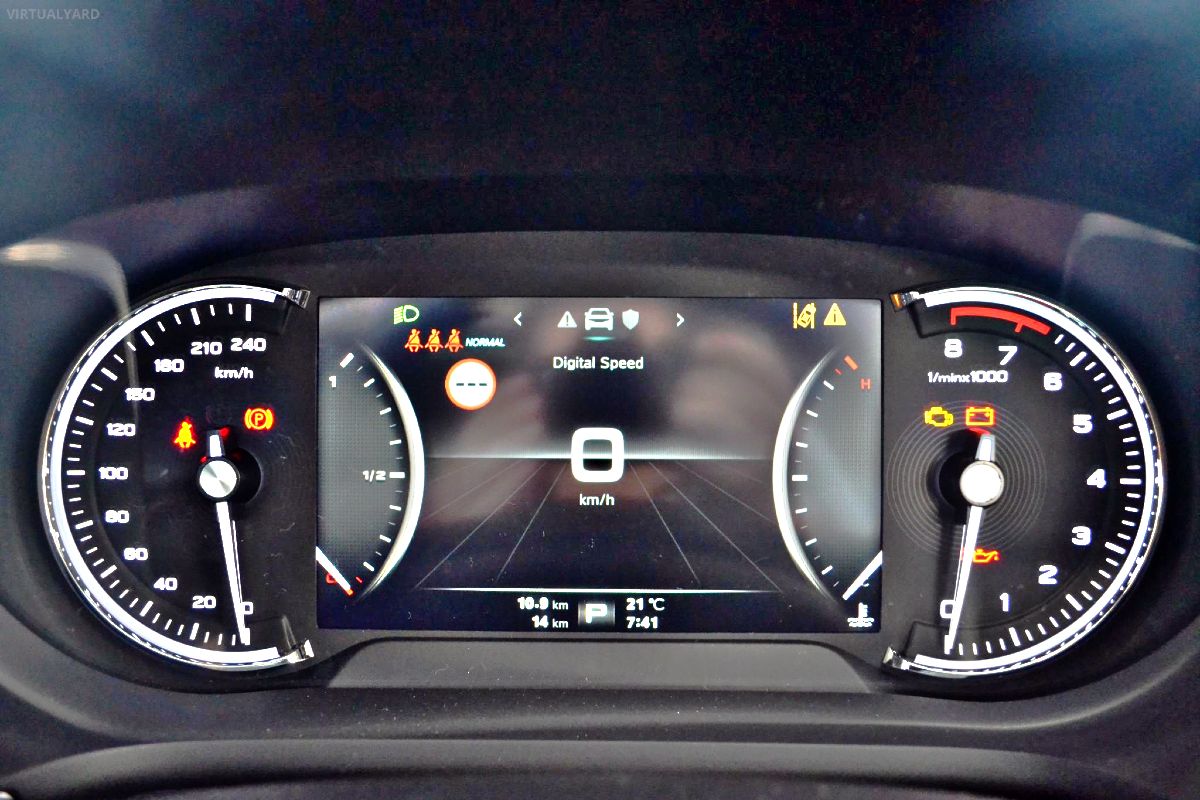 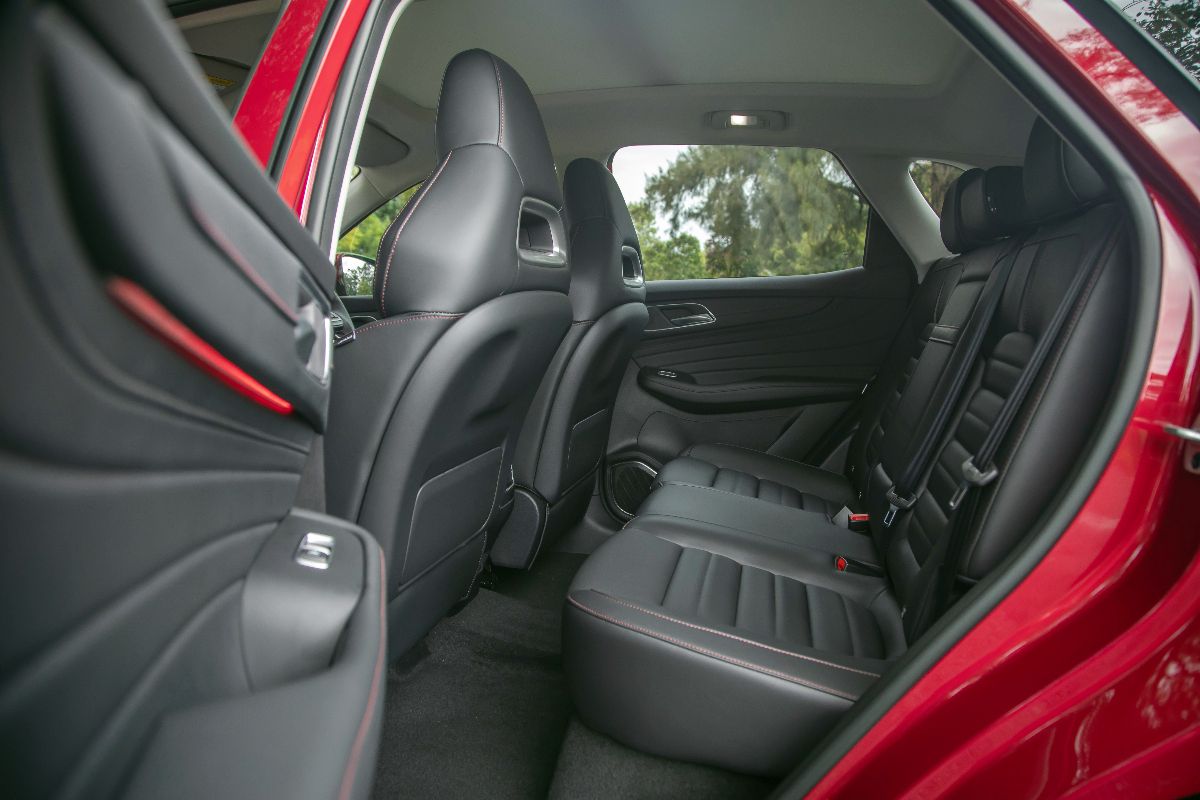 Due to Sydney’s COVID lockdown we spent three weeks testing the MG HS Essence X and fielded plenty of questions about this precocious newcomer.

One of the first things we pointed out is that – unlike other brands where safety features are optional or added progressively — the comprehensive MG Pilot package comes is standard in all HS variants.

While we appreciate the extra features and performance of the HS Essence X, it’s hard to justify the extra $13,000 over the $29,990 driveaway entry-level Core model.

As a mid-sized SUV, the MG HS is up against many of the established nameplates in a large and competitive market segment.

Nevertheless, its combination of price, quality, high equipment levels and, most notably safety — makes it worth a test drive. 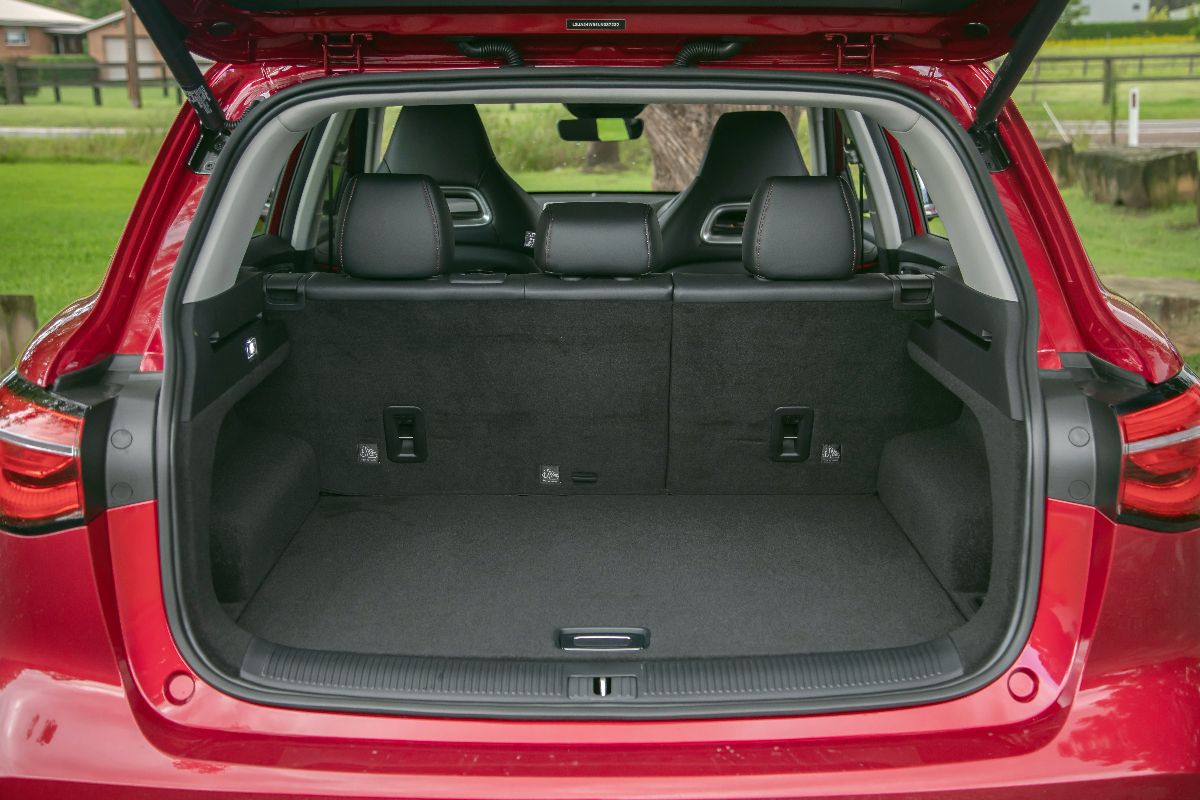 Check out deals on the MG HS