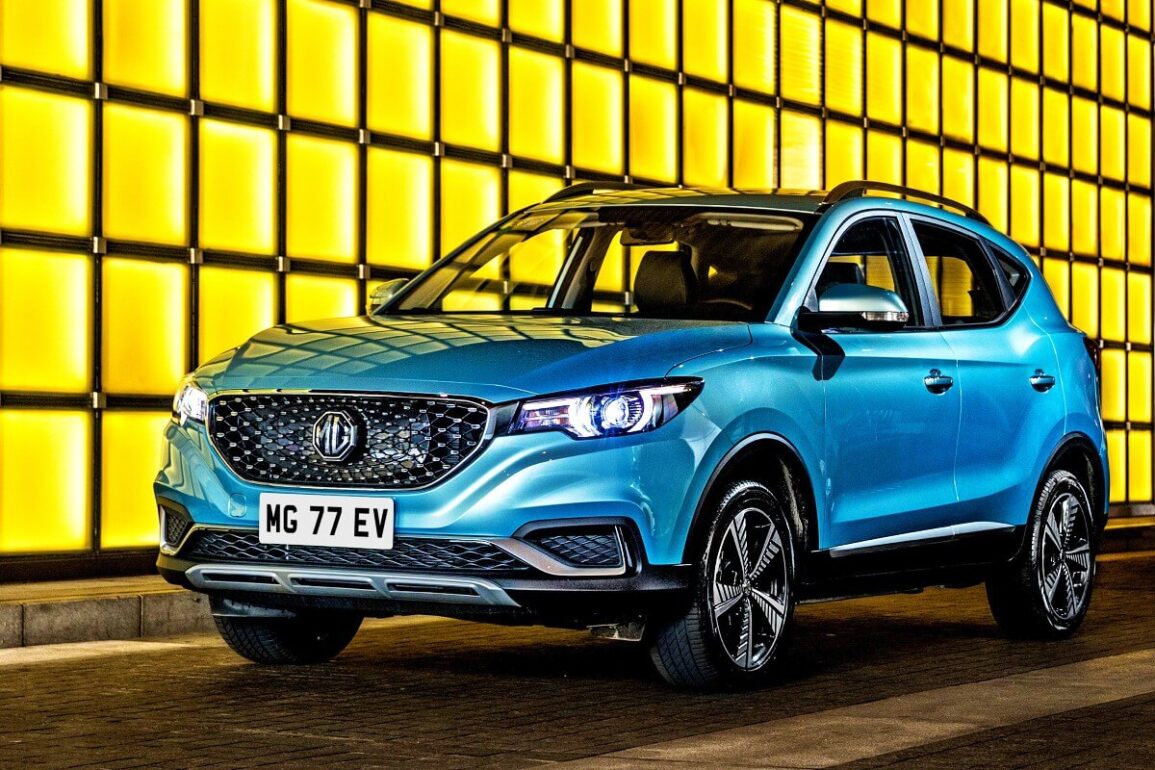 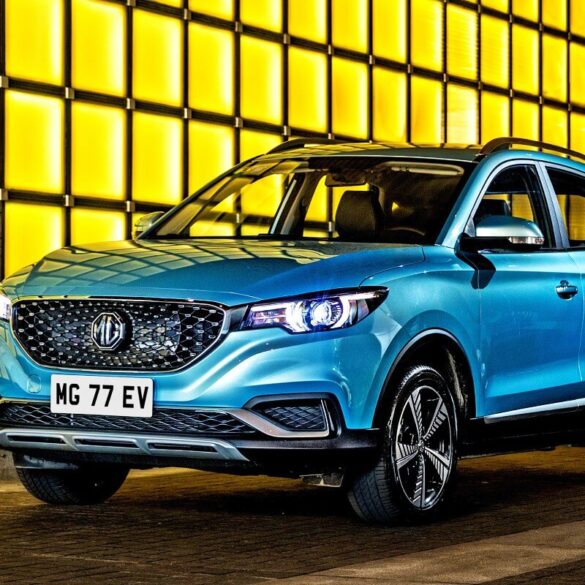 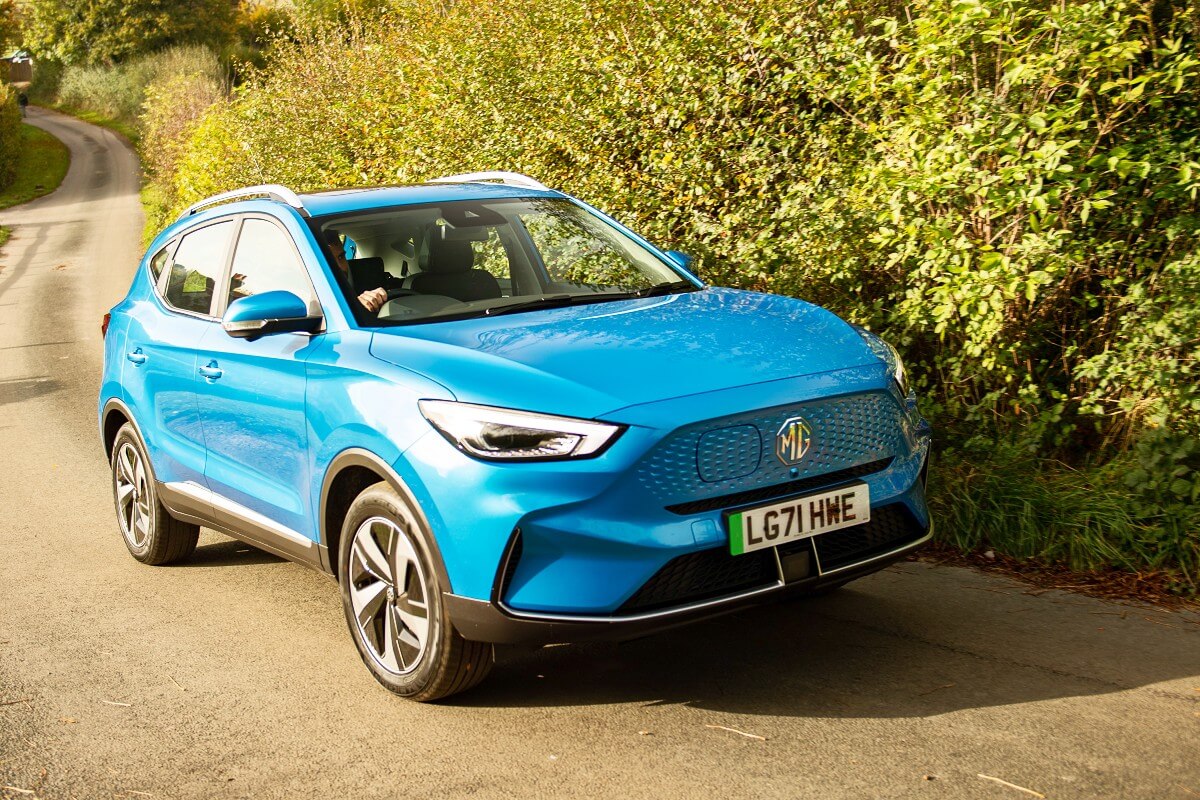 In his 1967 book, The Tyranny of Distance: How Distance Shaped Australia’s History, Geoffrey Blainey shone a light on this country’s geographical remoteness from the centre of the British Empire.

The world’s largest island continent since has had its own problems with isolation of communities, which lately has come into sharp focus through the introduction of electric vehicles.

It’s a long way from the ubiquitous ‘fill ‘er up’ fuel station to the plug-in bowser of the widely spread charge point, but things are rapidly changing, with car battery efficiency charging ahead and charge points multiplying on mass.

For example, it is now possible to drive from the Gold Coast to Cairns on electric power, thanks to Queensland’s Electric Super Highway, with 18 charging points along the way.

Research has shown the main reason for not buying a clean energy vehicle are their high prices.

While the usual suspects concentrate on producing high-priced premium product, the Chinese (who else?) are beavering away in the bargain basement.

MG, for example, owned by the Chinese automobile maker SAIC Motor, has produced a fully electric car in its economy ZS compact SUV range and a plug-in petrol-electric hybrid in its HS medium SUV list. 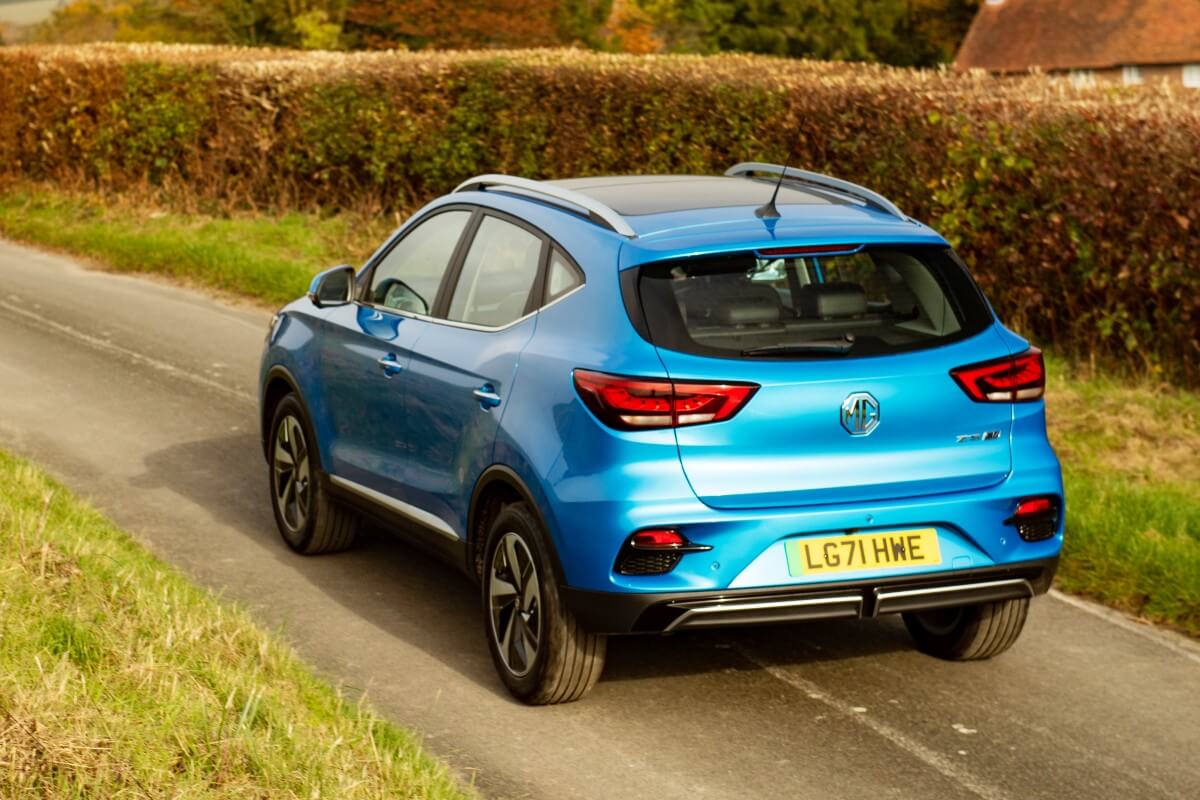 With a nod to a fully renewable electric automotive future, on test was the MG ZS EV, which at $44,990 plus on-road costs, is one of the most financially accessible examples of the new breed of private transport.

Based on the Essence specification (top petrol spec), it is also one of the genre’s best sellers.

The synthetic leather upholstery is no great shakes. The seats are comfortable for shorter trips but lack support on extended journeys.

The seating position is high giving, as with many SUVs, a commanding view of the road.

But, with best-in-class rear headroom, flat rear floor and wide body, the ZS EV has plenty of interior space and features 60:40 split-folding rear seats and a maximum cargo space of 1166 litres with seat backs folded (not quite flat).

The gearshift, a large knob on the centre console incorporates an electronic park brake, which on pressing glows red when engaged. Cool!

On the downside, drive and reverse gears engage in their own time, not yours, which can be a problem in crowded traffic manoeuvres. Patience pays.

The Panoramic Stargazer Sunroof, covering 90 per cent of the roof, is one of the largest in the segment and lets in plenty of light — but unfortunately, heat as well through its thin material blind.

This modern technology contrasts with quaint links to the past such as analogue instruments and climate controls that are limited to a blue/red arc-shaped display rather than actual temperatures.

Occupant safety is in the hands of MG Pilot, a full suite of driver technology, which includes adaptive cruise control, front collision warning, emergency braking, speed assist and lane departure warning — plus others.

Battery safety and availability are critical considerations to MG Motor and they are only one of three carmakers in the world to own their own battery production facility.

This means that the 44.5 kW battery is built to the highest quality and safety standards.

Independently certified, it is shielded by high-strength steel enabling it to withstand fire, submersion, impact, dust, pressure and salt spray. 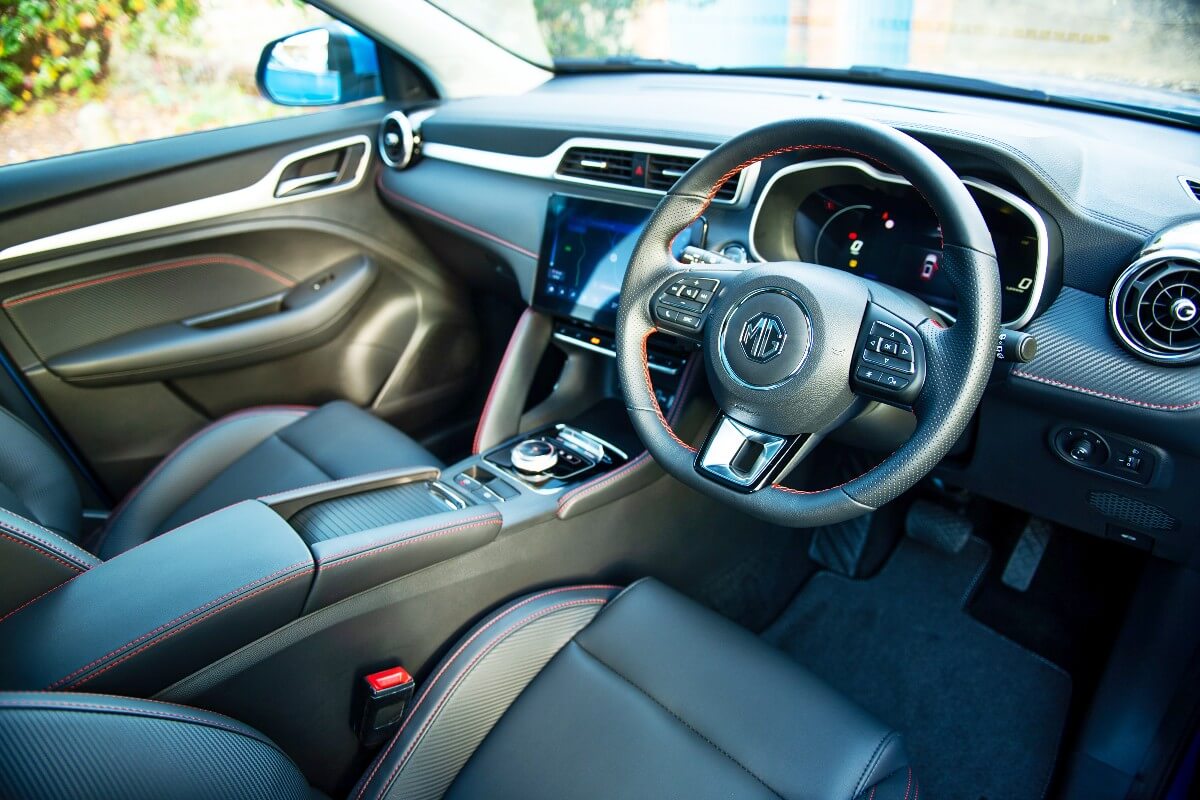 The MG ZS EV stacks up with most of the light SUV segment in looks.

The charging flap in the diamond grille is insignificant enough to not take anything away from the well-designed front end.

The rest of the vehicle is straight out of the SUV playbook. However, halogen headlights are a letdown in this higher tech package.

The permanent magnet motor is connected to a lithium-ion battery delivering maximum power of 105kW and top torque of 353Nm to the front wheels via a reduction gear.

In stop-start city driving, thanks to regenerative braking, that expands to more than 370 km.

As far as charging is concerned, the car comes with a standard CCS2 socket behind a flap in the front grille, designed to take everything from a household power source to the quickest 350kW DC charger.

Plugged into a wall socket at home, the vehicle can be fully charged overnight, while on a fast charger it takes 45 minutes to reach 80 per cent.

The ZS EV did introduce me to a real dose of ‘range anxiety’, the feeling that juice, therefore power, is about to run out.

On a motorway run home, when the vehicle range hit 44km, a warning flashed up telling me to recharge the battery ASAP.

A check of Google showed the nearest charging station was only a kilometre from my M-way turn-off.

A thoughtful city council had fitted a public charger outside a district office.

A phone call to a charging company had me signed up in no time and lifting the grille flap to find there was access to a slow or fast charging socket.

Connecting the fast lead, I sat back to enjoy the view of council office workers going about their business with our rates
money.

Jeep Cherokee Trailhawk: Fun but not that frugal

Charging at home meant some juggling of cars in the driveway to tap into a household power point with a lead supplied with the car that could be longer.

My house was wired for the ‘olden days’, if not quite for horse and buggy.

There is more than one drive mode. Customers can choose between Eco, Normal and Sport to allow the car to adapt to their driving needs.

Sport gives a sharper response but can unsettle the car. It’s best left in Normal mode for a more controlled feeling.

Eco mode adds little to the driving experience but hits the highest setting for regenerative braking, keeping the battery topped up.

The car defaults to Normal every time it is turned on. 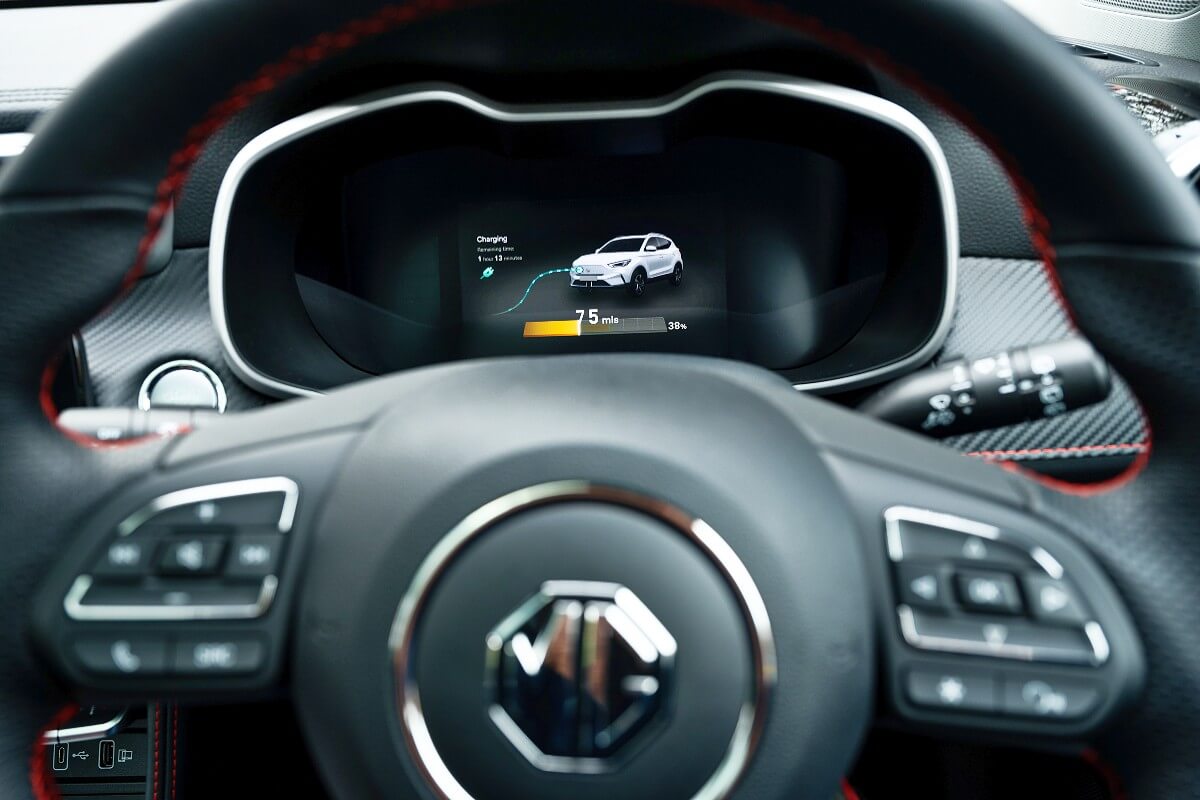 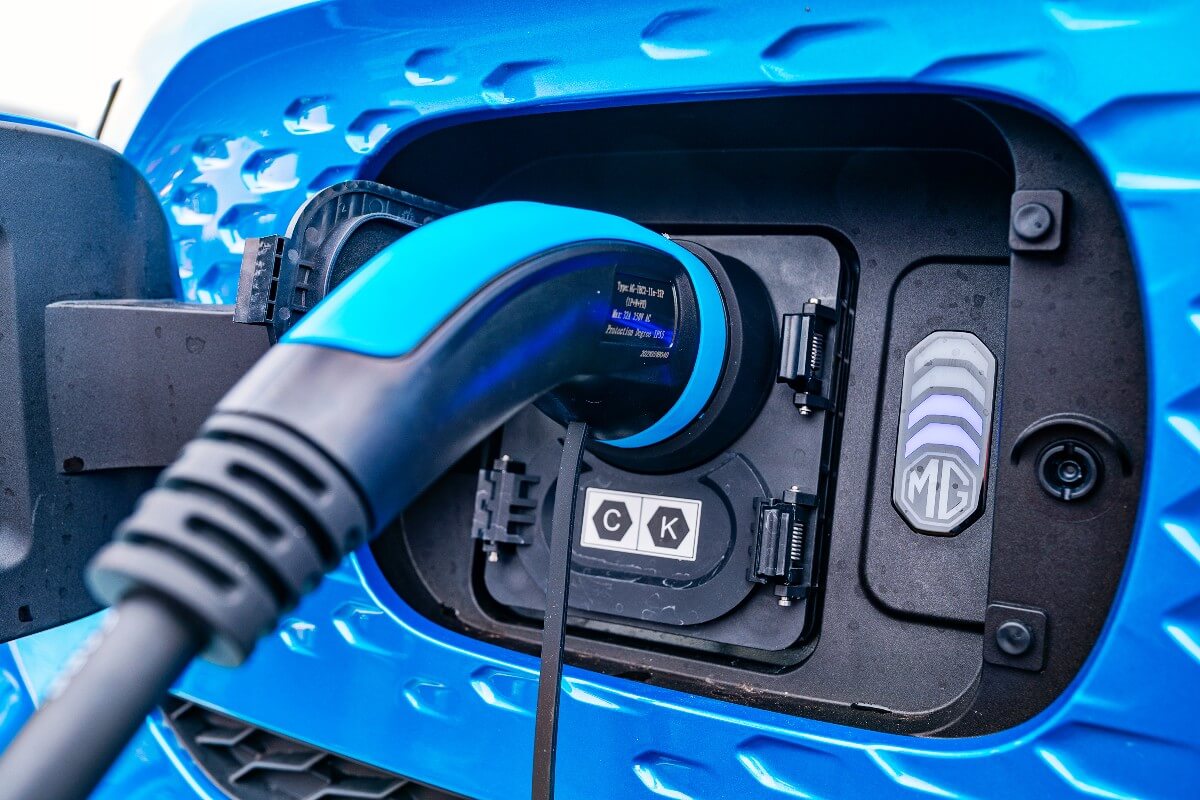 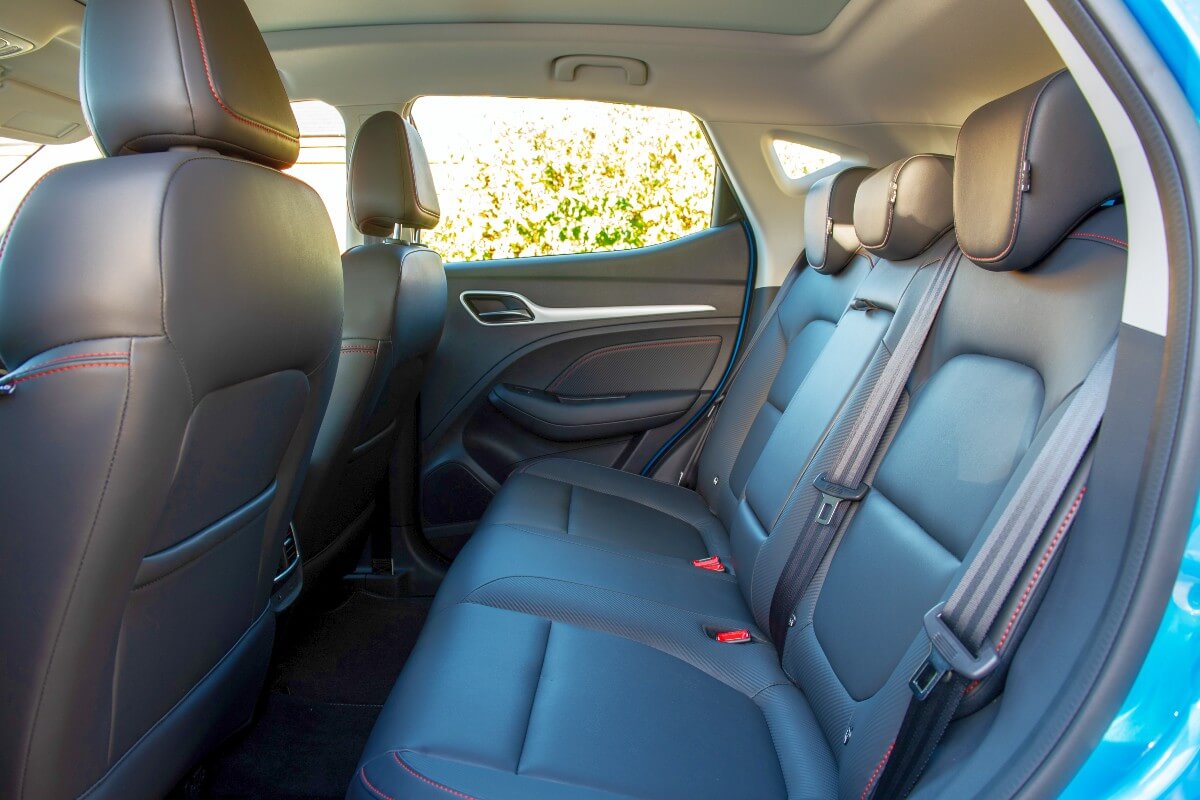 Experts predict the costs of manufacturing an electric against an internal combustion powered vehicle will reach the crossover point in 2026 — just four years from now.

MG is well on the way to this electric epiphany with its clean and cheap ZS. 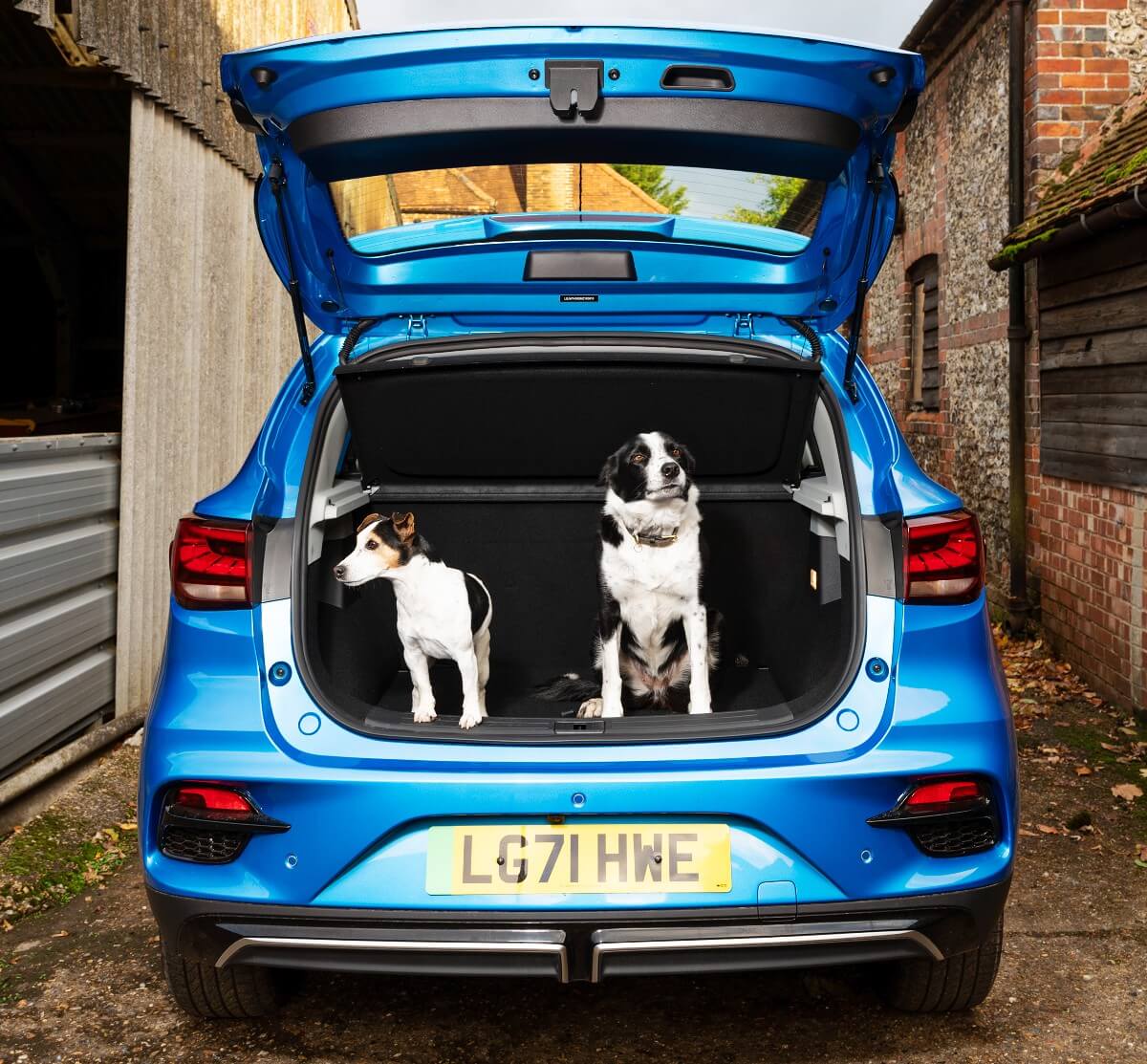 Check out deals on the MG ZS EV