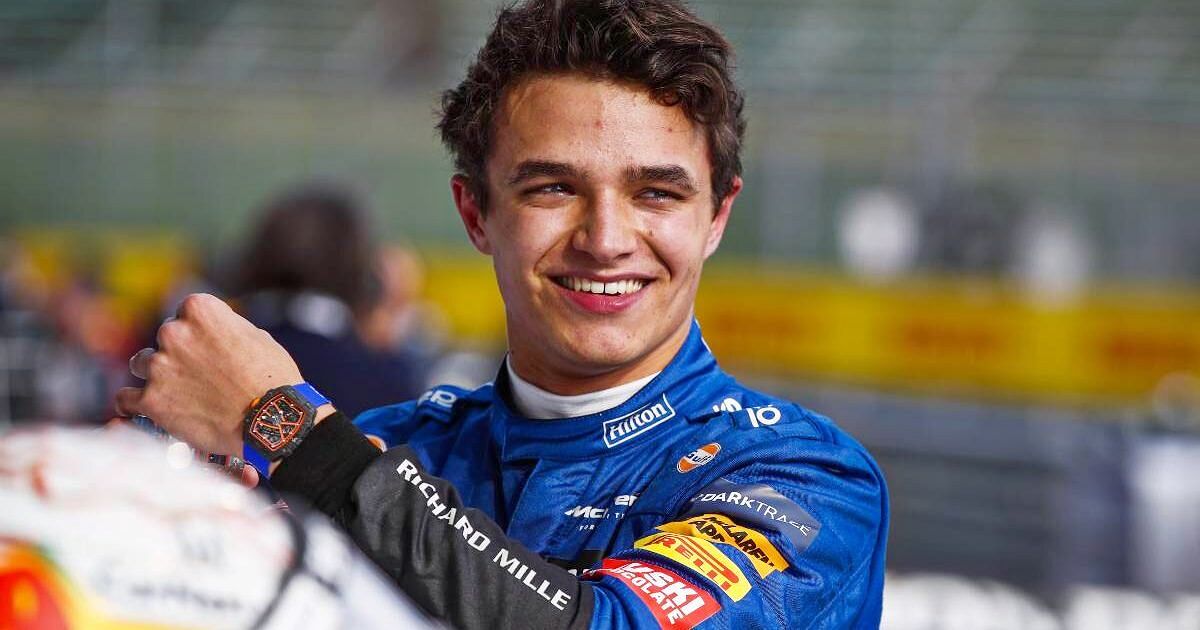 GUESS who tops the fan poll in Formula 1?

The F1 Motorsport Network Nielsen Sports survey has gathered responses from 167,302 fans, in 187 countries around the world, over 35 days –with some interesting results.

“Lando has built a broad base of appeal across geographies and age groups,” the survey said.

“While not a standout leader in many markets, he ranks No. 2 in the UK, Germany, Australia, Netherlands and Canada.

“His appeal among female fans and F1’s younger audience (16-24) is unrivalled—over a quarter of all female F1 fans rank Lando as their favourite and he enjoys #1 status for more than one in five of all fans aged under 25.”

Dutch darling Max Verstappen, however, has shot to the top of the pops.

“In 2017, we noted the rise in popularity of Dutch driver Max Verstappen,” the survey said.

“In 2021, he now ranks as F1’s favourite driver, with one third of F1 fans placing Max in their Top 3 drivers and 14.4% declaring him as their favourite.

“Although his orange army of fans at races is highly visible, this result is not driven by local partisan forces; Max registers strong support across all age groups and all geographies.

“He is particularly popular in the US and Japan as well as The Netherlands. His popularity is not exclusive to the younger audience; he also scores highly in the 35-54 age group.”

“Although he drops from No. 1 in 2017 to No. 3 overall this year, Lewis Hamilton continues to enjoy vast support around the globe and is ranked #1 in fans aged 45 and older.

“However, his appeal—and that of fellow multiple World Champion Fernando Alonso— appears more polarized than most.”

Fourth was the ever-smiling Daniel Ricciardo and fifth was four-time champ, the personable Sebastian Vettel, both of whom enjoy continuing popularity among fans with strong home market support in Australia and Germany, respectively.

“The appeal of the exciting crop of young stars under the age of 25 provides an ample source of optimism for F1’s future: Charles Leclerc, Pierre Gasly and George Russell all join Lando on the list of F1’s Top 10 most-popular drivers,” the survey said.

The survey was the largest ever for Formula1, and recorded the youngest average age ever, too, with 34% of respondents less than 24 years old and 63% less than 34 years old. The average age of survey responders was 32.

It was also the highest percentage of females, with 18.3%, up from 10% just four years ago when the last survey was conducted.

How much of that was due to Lando? Who knows, but the possible future champ (he hasn’t won a race yet) was humbled by his showing on the charts.

“Formula 1 is not just can you do well on track,” he said.

“There’s a lot of other things, and one of them is entertaining the fans and allowing them to see the other side of us, not just as a racing driver but just as the person you are.

“It’s nice to get that feedback that we’re doing a good job with that, as well.

“It’s cool, actually, it’s not like I go out every weekend trying for that.

“A win for me is obviously a win on track, but having these little things off track for the team, for myself, is nice.

“I do these other things back home like streaming on Twitch–which I’ve not actually done that much recently–it’s something I’ve done to interact with the fans a little bit more.

“And that’s cool, also knowing that I can have a little bit of an influence on that younger generation of kids growing up in that age group and even still with some of the other ones. It’s nice to know that they’re supporting me, and that’s a very cool thing to hear.”

The 187 countries the survey covered was not far from all the countries on the planet, as the UN officially recognises 203.

As with previous surveys, Europe was a little over-represented because more races are held there than anywhere else.

“While the 2021 Study, like all before it, showed a response bias towards European fans, this fell to its lowest level ever,” the management report of the survey read.

“European fan responses accounted for 57% of the overall sample; compared to over 63% in 2017 and +70% in all previous studies.

“In parallel, we saw a doubling of response from Asia-Pacific, Africa and the Middle East, which accounted for 21% of the total response—up from 10% in 2017.

“Response from the Americas remained constant at 36,000, which accounted for 21% of the increased sample.”

“Previous studies since 2005 have always featured a high percentage of long-standing fans. Typically, 85%+ of the sample had comprised fans who have followed F1 for at least six years and this led directly to F1’s corresponding drive to attract a fresh audience.

Since this was a survey of F1 fans, it’s no surprise that 95 percent of respondents consider F1 “the pinnacle of motorsports.”

The brand attributes F1 fans liked the most included that it was: exciting, technological, expensive, competitive and entertaining. About eight percent found it “boring” (who are those people?). Fans say the key features of F1 are: pioneering technology, fastest cars, best drivers, and exciting racing. Those who complained said it “needs more overtaking.”

The most popular GPs remain Monza, Spa, Silverstone and Monaco. Fans are willing to pay more for tickets, too, with a mean three-day ticket costing US$195.