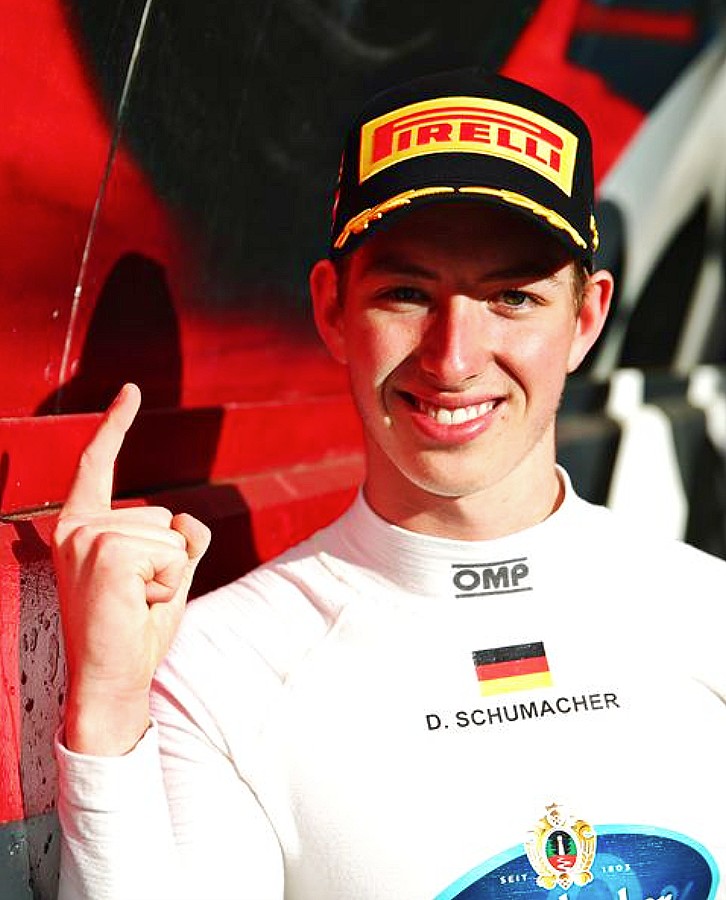 ANOTHER Schumacher on the racing horizon?

Yes, it’s true. Now running in Formula 3 is a lad determined to become the fourth Schumacher in Formula 1.

Seven-time Formula 1 champion Michael Schumacher made his debut in 1991, while his brother Ralf followed in 1997 and this year Michael’s only son, Mick, entered the top category with the Haas F1 Team.

However, at the recent Grand Prix in Austria, the racing world saw 19-year-old David Schumacher — the son of Ralf and therefore Mick’s cousin — win his first FIA Formula 3 race.

David is the son of Ralf Schumacher, Michael Schumacher’s brother.

“It definitely changed something in me,” David told European media outlet RTL.

“The pressure has definitely gone down.

“It has helped, and I feel better now. You don’t forget your first victory in a top category like this.

“I looked down and saw my dad, who was extremely happy.”

Schumacher made his Formula 3 debut in 2019 during the season finale at Sochi.

Then, the Czech-based Charouz Racing team recruited him to race for them full time.

After lying 23rd in the championship with no points and six races left, frustration resulted in him electing to part ways with Charouz and join the Italian Trident team.

That has clearly paid off, giving him his first win.

However, David says he will not be following the policy of handing over his victory cup to them.

“The team can tell me what they want. I’m taking the trophy with me,” he said.

What is clear is that David Schumacher, and his father Ralf, have higher ambitions for his future, as David took shots at some of his fellow F3 drivers.

“I think this category is generally very aggressive, but there are a lot of aggressive drivers who, I’m sorry to say, are also idiots who risk too much when it will never work out. So that’s not easy,” he said.

Schumacher is off to a rather modest start to his career in high-level formula cars.

He was scoreless in 18 Formula 3 races in 2020, but his win in Austria at the Red Bull Ring marked his first race in the points in nine starts this season.

Asked whether his ultimate goal is Formula 1, Schumacher answered: “I would say on a scale of 1 to 10, the answer is probably 100.

“The dream is always there and it always will be.

“I’ll give everything to make it and I hope it works out.”

Also in Formula 3 is his girlfriend, Hungarian beauty Vivien Keszthelyi.

The two youngsters have competed in two different categories of car racing so far, but they began their careers in Formula 3 together.

Vivien gained valuable experience in the touring car category and became rookie champion in the 2018 GT4 (Grand Touring) Audi Sport R8 LMS Cup, while David  started in karting and was the champion of the rookie category in the ADAC Formula 4 championship last year.

Last year BlackArts Racing, a team competing in the Formula 3 Asian Championship announced Vivien as the team’s official racing driver for the Winter Series, while David drove for Charouz at that time.