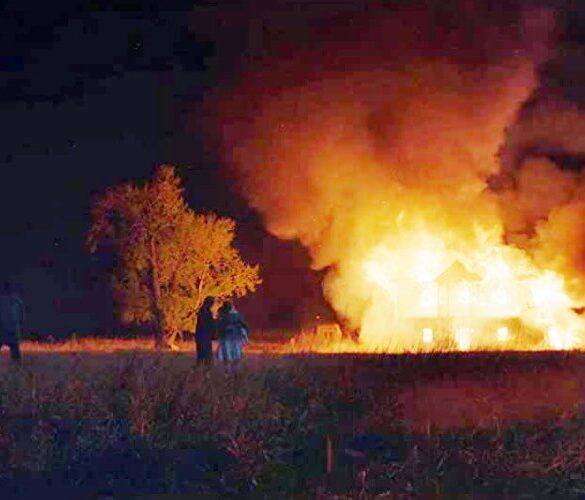 Let Him Go: Couple fight to get grandson back

Home
Time out
Watch it
Let Him Go: Couple fight to get grandson back

It’s not just parents that lose access to kids in a family break up — it’s the grandparents too.

In a roundabout sort of way, the 2020 film Let Him Go deals with this problem.

Starring Kevin Costner and Diane Lane, it tells the story of a 1960s Montana farming family named Blackledge who lose their son James in a tragic horse-riding accident.

When their daughter-in-law Lorna (Kayli Carter) hooks up with a new man, he spirits her and the boy away, and as a result they lose contact with their young grandson Jimmy.

Margaret Blackledge (Lane) becomes concerned when she witnesses the man Donnie Weyboy (Will Brittain) being abusive.

When Jimmy drops an icecream, he grabs and shakes the boy and hits Lorna when she tries to intervene.

Margaret later goes to their house to check on Lorna, but finds the three have already left town.

She persuades a reluctant George (Costner) to go looking for them, with a view to bringing them home.

Sounds easy enough, but it turns out the Weybos, ruled by matriarch Blanche Weyboy (Lesley Manville) are not the kind of people you’d want as neighbours.

In fact, you might say they’re downright crazy and will do anything to stop the Blackledges from getting their way.

Margaret will not be denied, however, and George, a retired sheriff, finds himself drawn into a fight that he’d rather avoid.

The couple travel to North Dakota in search for the pair, but are warned to steer clear of the Weyboys who have a bad reputation in the local area.

Along the way, they meet a young Native American man named Peter Dragswolf (Booboo Stewart) who helps them.

A bit random, but he provides them with food and shelter for the evening, and tells them where they can find Donnie’s uncle, Bill (Jeffrey Donovan).

After speaking with Bill, the Blackledges are invited to dinner at the Weyboy’s isolated spread out of town.

All seems to be going okay until Blanche begins to show her true colours.

There’s no way she’s going to give up Lorna or the boy.

It’s s a low-key, slow burn movie, the way they used to make them, that ratchets up the tension in the lead up to the final confrontation.

Directed, written, and co-produced by Thomas Bezucha, Let Him Go is based on a 2013 novel of the same name by Larry Watson.

His breakthrough came when he wrote the screenplay for Big Eden.

The Oscar-winning Costner is the star of many films, a good few of them westerns, including the 1990 Best Picture
Dances with Wolves.

Oscar-nominated Diane Lane is no stranger either.

She was 13 when she was cast by director George Roy Hill in his 1979 film A Little Romance, opposite Sir Laurence Olivier.

Olivier described Lane as the new Grace Kelly, but some poor role choices saw her star descend, rather than ascend — until the 2000 blockbuster The Perfect Storm that finally made her a household name.

Interestingly, Watson’s novel is set in 1951, the couple lives in North Dakota and travel to Montana.

In the movie things are switched around. It’s set in 1963, and they travel from Montana to North Dakota.

I’m starting to think Costner’s films must all be shot at his own ranch.

If you’re a Costner fan, then you like Let Him Go. If you aren’t, then you’ll probably feel ambivalent towards this film.

Either way you can catch Let Him Go on Amazon Prime.

CHECKOUT: Ninja: Adkins a cut above the rest

Low key, adult drama. Not the best movie ever, but not the worst either.