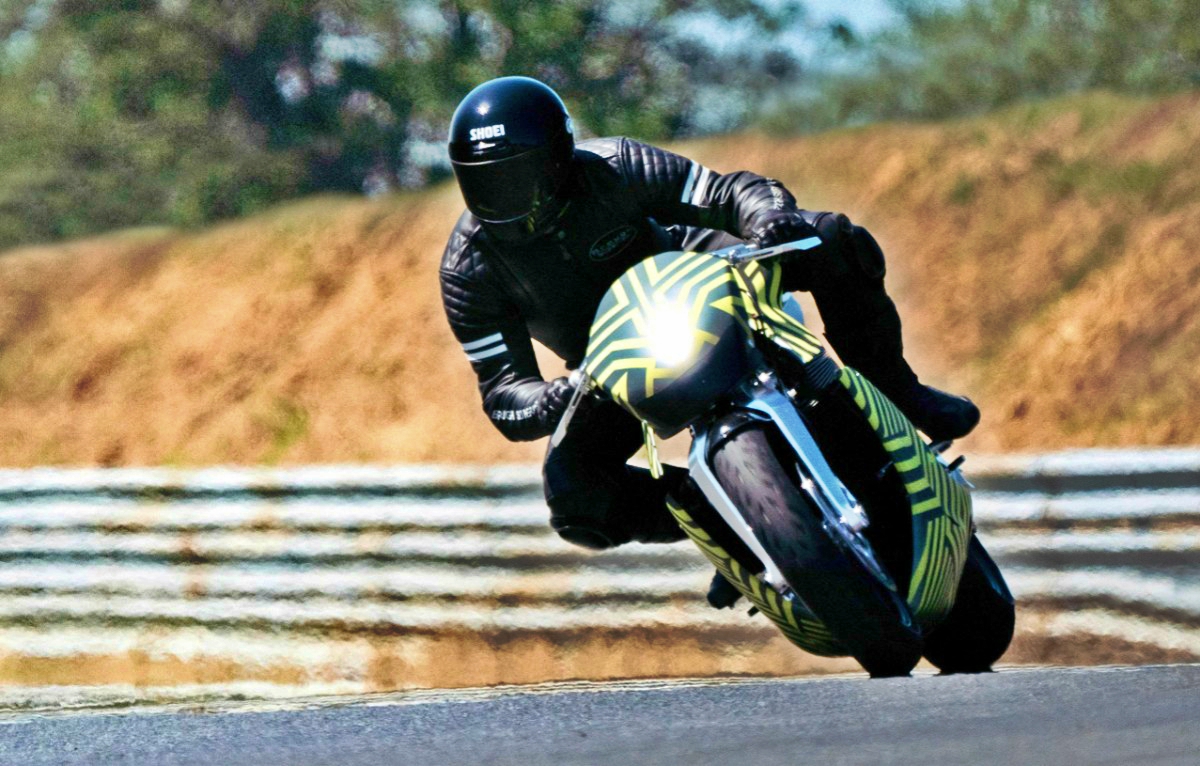 Lawrence of Arabia died on one

ASTON Martin, the producer of luxury cars, sports cars, racing cars and even helicopters since 1913 — is now in the motorcycle business.

While AMB is a bike that few people have ever heard of, it helps to know the AM is for Aston Martin and the B for Brough.

Again, only some of those with Seniors Cards will remember them, but they were regarded as the Rolls-Royce of motorcycles back in the day.

Like Brough Superiors, only the rich and famous will be in the market for an AMB — of which just 100 will be built.

But it’s a bike with a difference.

Described as ‘a piece of automotive art’ the ground-breaking turbocharged machine was been developed in conjunction with historic British motorcycle manufacturer Brough Superior.

The 180bhp (134kW) turbocharged, intercooled twin-cam 997cc, V-twin has been revealed in a dynamic testing video, with a camouflaged mule during its on track debut at France’s Circuit Pau-Arnos. And it sure looks the goods.

Thanks to a host of carbon-fibre components, the model weighs just 180kg dry, thus lending a power-to-weight ratio of one horsepower per kilogram.

While this is Brough Superior’s first V-twin turbocharged engine, there have long been rumours that the gaping 88-degree V was designed to fit a turbo inside.

In terms of design, AMB #001 features aerodynamic flanks reminiscent of Aston Martin’s S-Curve, plus a fin mirroring the manufacturer’s famous side strakes, that runs the length of the tank.

The focus of the track testing is on the chassis, with the team assessing its geometry, ergonomics and dynamic behaviour.

Commenting on the design, Brough Superior CEO Thierry Henriette said: “One of the key design features is an aluminium fin that runs along the full length of a carbon-fibre tank, passing under the saddle and out on to the rear.

“The body holding the fin and supporting the saddle is one of the areas where we called on the unique knowledge of Mecano ID, who joined the project to apply specialist aerospace-quality carbon-fibre skills to the exclusive AMB #001.”

Aston Martin executive vice president Marek Reichman added: “Everybody involved has managed to make tremendous progress with the development of AMB #001, despite the challenges we have all been facing.

“This special motorcycle is, like our road cars, the result of beautiful design melding with modern technology to produce a bike that any collector will be proud of.

“We are delighted to see how much progress has been made, both on and off track, and look forward to the moment when production starts for this stunning machine.”

All 100 AMB #001s will be hand-assembled at the Brough Superior factory — which is now in in Toulouse, France — with first deliveries expected at the end of the year.

If it’s your cup of Darjeeling, you can order one now and collect it towards year-end.

But the history is priceless.

Brough Superiors were hand-built in Nottingham, England, from 1919 to 1940.

Only 3048 (19 models) were made in the 21 years of production; around a third of that production still exists.

T. E. Lawrence, the famed Lawrence of Arabia,  owned eight of Broughs and died when he crashed number seven; the eighth was on order.

Each motorcycle was assembled twice.

The first assembly was to fit all the components.

Then the bike was taken apart and all the parts painted or plated as needed.

Finally, the finished parts were assembled a second time.

Every machine was test ridden to ensure it performed to specification, and was personally certified by George Brough.

Bikes that did not meet specification were returned to the works for rebuild until they performed properly.

The fit and finish was comparable to a Rolls-Royce car, and they were the most expensive road-going motorcycles in the world.

In 1940, World War II brought an end to bike production as the factory was engaged in making crankshafts for Rolls-Royce Merlin engines for the RAF Spitfires.

And then Aston Martin got involved.