Italian supercar maker Lamborghini has joined the ranks of SUV makers with the unveiling in Sydney of the Urus.

Lamborghini tags the $390,000 plus machine an SSUV, which stands for Super Sports Utility Vehicle.

Even at that lofty price there are still options to be had, such as DAB+ digital radio adds $1100.

Whoa, you say! Many “ordinary” cars driven by the “rank and file” come with DAB+ standard these days — and for a lot less than the asking price for the Urus. 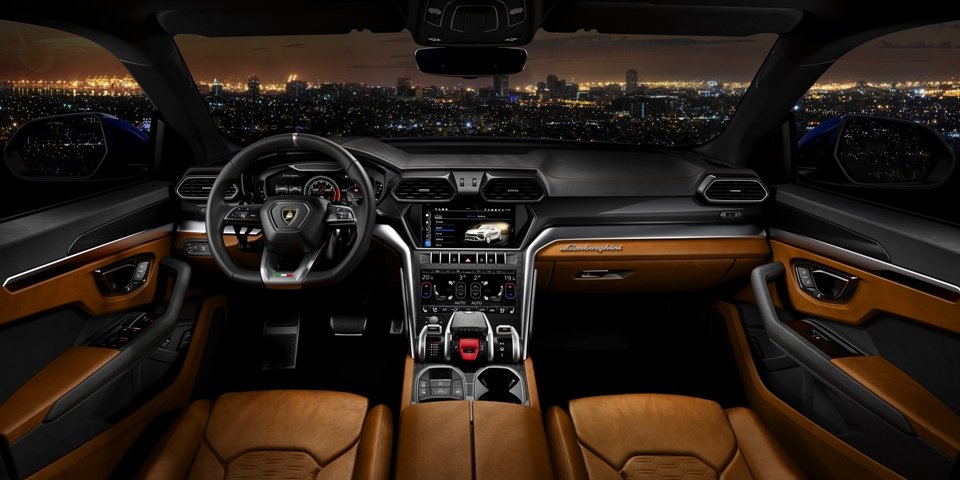 The launch was held in Sydney’s harbourside Barangaroo district and featured both classic and modern Lambos.

Urus is the first Lamborghini with an engine in the front for decades, unless of course you count its tractors.

It packs a 4.0-litre V8, a pair of twin scroll turbochargers, all-wheel drive and steer, with an eight-speed auto and torque vectoring.

The chassis and body are a mix of steel and aluminium that combine to see a dry weight of 2250kg.

In profile there’s hints of BMW X6 in the rear roof line, but the overall look is typical Lambo — with plenty of angles and lines.

The front cross member is aluminium as is the subframe that the front axle is bolted to.

The rear is a box section unit made from a mix of aluminium and steel.

The interior features aluminium frames for the seats, two hi-res touchscreens for operations such as climate control and the optionable DAB.

High quality suede lines the cabin which makes it a comfortable place to select one of six drive modes.

First EV from Genesis and it’s a GT

Lamborghini has fitted the lower console with a “tamburo” or drum drive selector, that allows the drive to choose modes such as Strada or highway driving, Neve (snow) or Sabbia (sand).

The all wheel steer system allows a plus or minus three degree angle on the rear wheels and they’ll turn with or against the front wheels depending on speed.

Lambo’s LM002 could out ranger a Range Rover