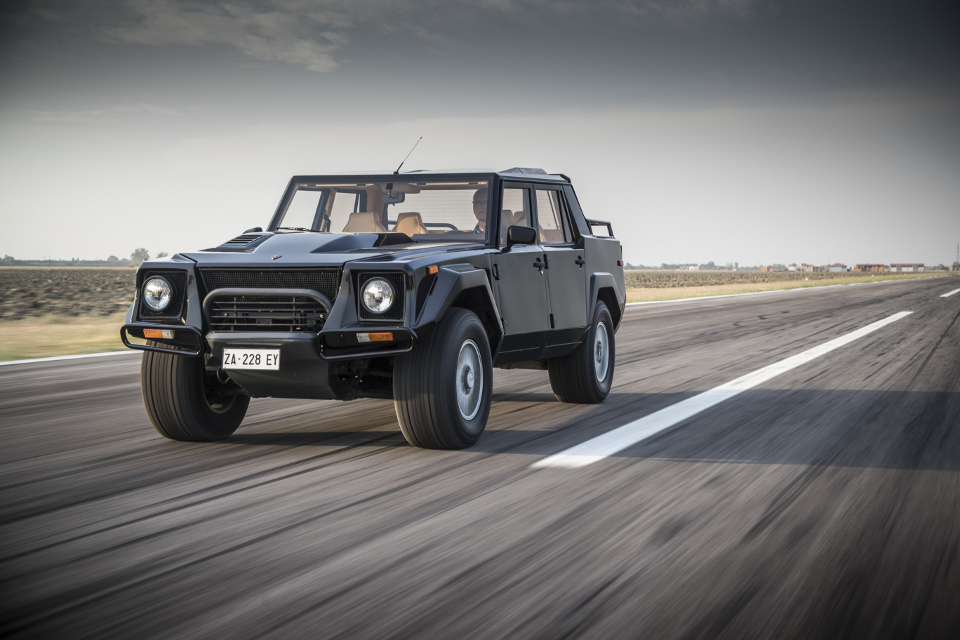 Lambo’s LM002 was a real piece of work

It’s been more than 35 years since Italian supercar maker Lamborghini launched its first off roader – the legendary LM002.

The LM002’s development started as a project to develop a high performance off-road vehicle for military use at the end of the 1970s, with the name of Cheetah.

Lamborghini engineer Giulio Alfieri resurrected the project in 1981 with the LM001: an innovative concept with a rear-mounted engine, followed by the LMA prototype with a front-mounted powertrain.

The final production model LM002 made its debut at the Brussels Auto Show in 1986.

Not surprisingly a diesel wasn’t found under the bonnet, but the 5.2-litre V12 from the Countach Quattrovalvole with 335kW at 6800 revs.

With an aluminum and fibreglass body, four-wheel drive transmission, transfer case and three self-locking differentials – the mighty LM002 could exceed gradients of 120 per cent.

It could also reach speeds in excess of 200km/h.

The SUV attracted significant attention when launched, as a vehicle unlike any other, with performance to match its super sports car stablemates as well as significant off-road capabilities and an imposing design and presence.

A black LM002 in the Lamborghini museum was entirely-restored by the classic department Lamborghini Polo Storico to mark the release of the new Urus — Lambo’s latest taking on going off road.

CHECKOUT: Calculating the price of fame