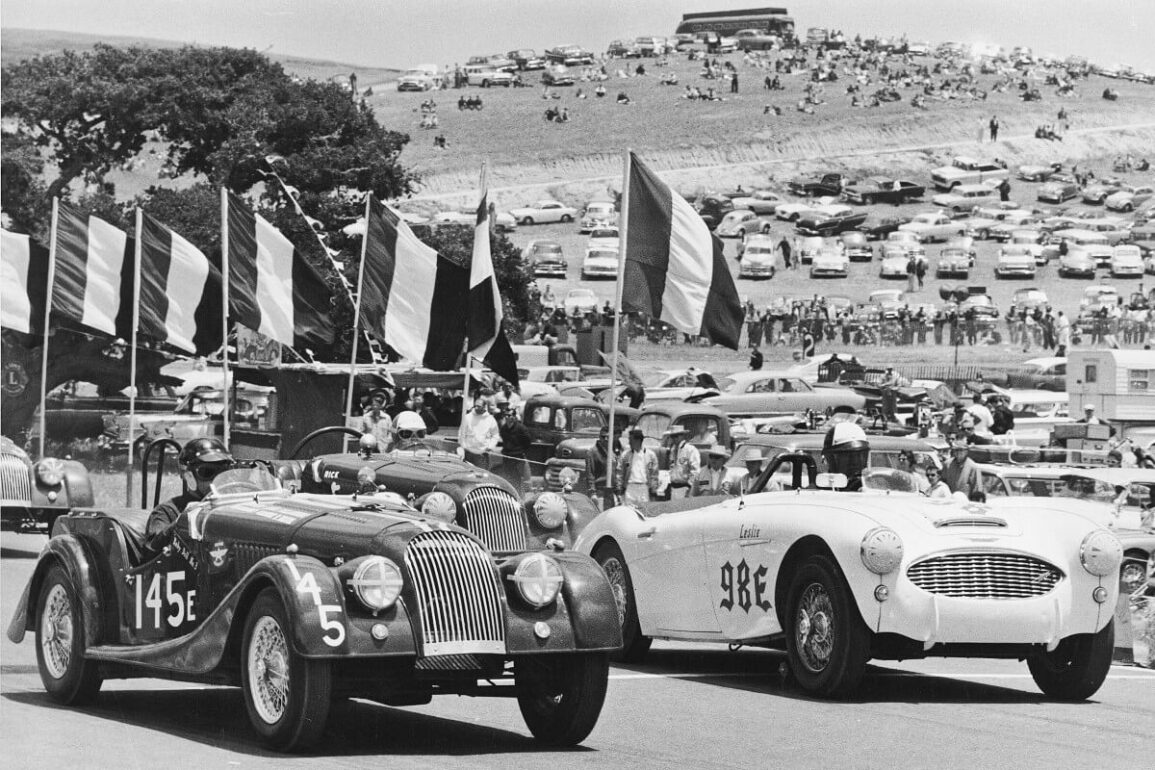 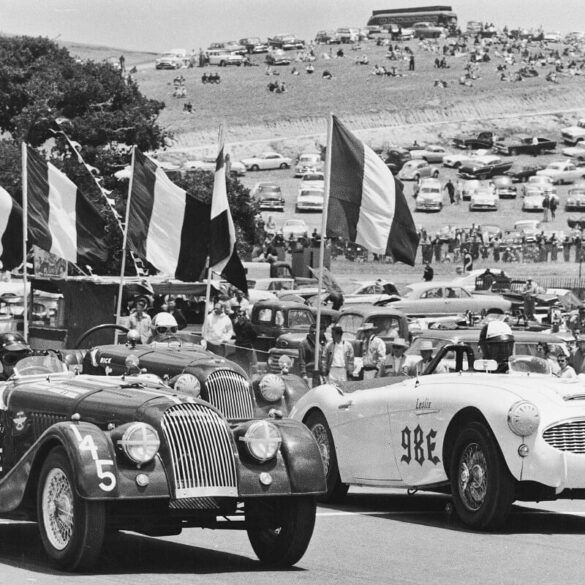 When the green flag waved on November 9, 1957, for the Eighth Annual Pebble Beach Road Race, those in attendance had no idea the freshly-paved race track would evolve into a world-renowned road course with legendary status.

WeatherTech Raceway, then known as Laguna Seca Raceway, has come a long way since Formula 1’s Pete Lovely took the first checkered flag there behind the wheel of his 1956 Ferrari 500 Testa Rossa all those years ago.

It has seen many legendary performances over the decades, including one of the greatest motorcycle racers of all time – Wayne Rainey.

The sweeping downhill left-hander through Turn 9, or Rainey Curve, is named in honor of the rider.

Imagine what the “Dry Lagoon” looked like back in 1957, with hay bails and picket fences to keep spectators “safe” just metres from cars as they roared through the turns.

The legends who drove or rode the nine turns, which stretched to 11 in 1988, became household names.

Then there were the motorcycle racers who favoured the Monterey hillside like Wayne Rainey, Valentino Rossi, Eddie Lawson, Kenny Roberts and the late Nicky Hayden.

The 1956 Pebble Beach Road Races showed the need for a larger, safer track to host what had become one of the most famous competitions in North America.

Following Ernie McAfee’s death in a crash that year, it was decided the current Pebble Beach course was “not enough track” to house the horsepower that was growing each year.

To keep race momentum going, a group of businessmen pooled their time and money to form the Sports Car Racing Association of the Monterey Peninsula (SCRAMP).

Little did they know their vision would lead to the establishment of a race circuit that would become known worldwide.

One of the most famous, one-of-a-kind turns in all of motorsports – the Corkscrew – sits atop the circuit like a crown.

As the story goes, the construction foreman drove up the hill and informed the bulldozer driver he was going to lunch.

When asked what the plan was for the next phase of the track, the foreman said just get down the hill any way you can.

Thus, the hard-left, hard-right combination known throughout motorsports was created.

Pete Lovely, who went on to have a long Formula One career, was largely an underdog in that first race.

As he described his “plain old Ferrari Testa Rosa with a 2.0-litre engine” was up against much faster cars.

But notable drivers Carroll Shelby, Jack McAfee and Richie Ginter were all forced to drop out due to mechanical failures.

But Lovely devised a plan, dropping back just far enough for Von Neumann to lose sight of him, where he waited ready to pounce on the last lap.

It worked, as his surge flustered Von Neumann enough that Lovely made the pass at Turn 9 and took the first checkered flag in Laguna history. “I was fortunate enough to come across the line in front of everyone else on that last lap,” Lovely said.

“I’ll always remember that race because it was the first race run at Laguna Seca and because it attracted a who’s who of West Coast sports car racing. “I liked the old (1.9-mile) Laguna Seca track because it took a lot of skill to hold your foot down around the old Turn 2.

“You had to really be on your toes, or you would miss that corner. If you did that, it was certain disaster.” It wasn’t Turn 2, but Turn 4 that got Ed Leslie two years later.  Leslie, a distinguished Korean War veteran who flew more than 1300 hours for the Army Air Corps, had just gotten into the racing game in 1959. He was leading the race in his Austin Healey 100, which had double-spoked wheels.

What happened next would become Laguna Seca lore.

“With the Healey wheels, when you went around a corner at speed you could hear the spokes letting go,” Leslie said.

“At Laguna Seca, I went into Turn 4 flat out and the wheel buckled up under the front of my car and sent me off the end of the road.

“Fortunately, there was no barricade there and I went down into the oak trees without getting hurt.

“After that escapade, the turn became known as ‘Leslie’s Leap’.” With his legend created at Laguna, Leslie would go on to win the 1964 USRRC series.

The following year, he was part of the famous Shelby team that drove the Cobra Daytona coupe to victory in the 1965 FIA World Sports Car Championship.