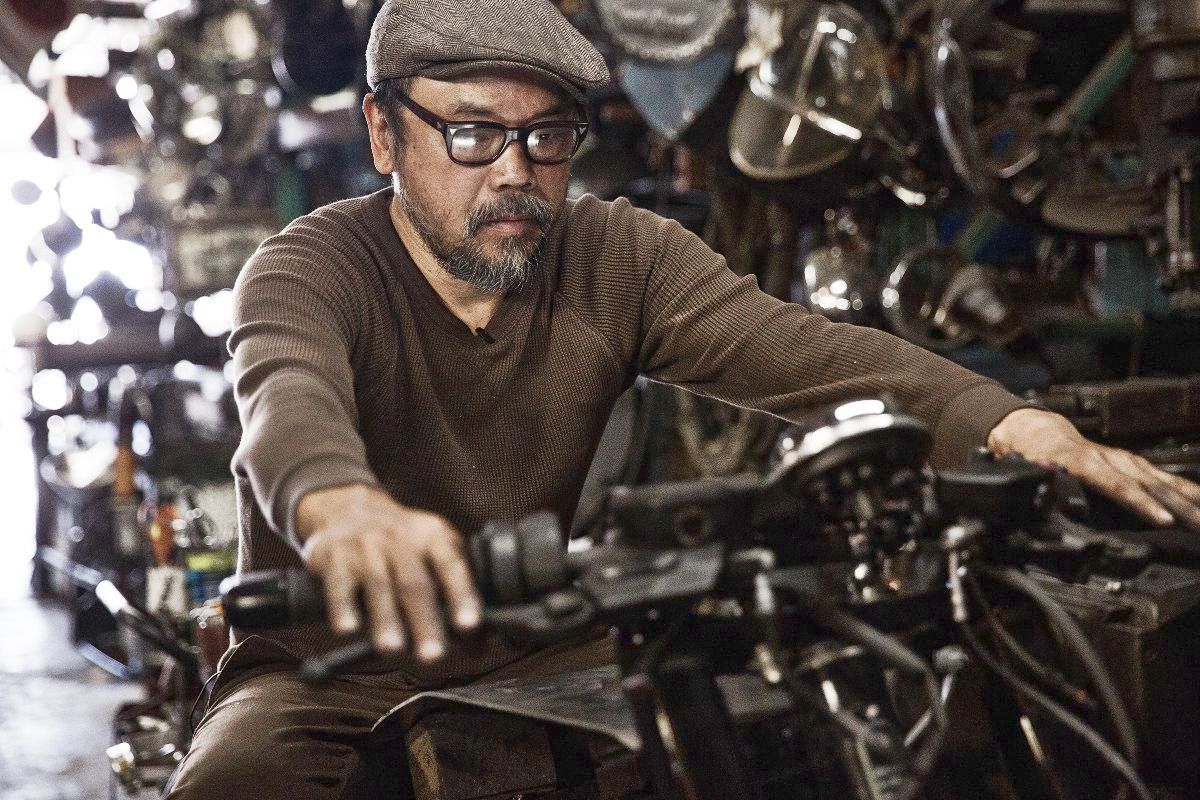 Kimura gives birth to The Wal

“The Wal” is the latest creation from Japanese motorcycle customiser Shinya Kimura.

Kimura is the third customiser to have a crack at the BMW Motorrad R 18 for the “SoulFuel” series.

He follows in the footsteps of Roland Sands and Dirk Oehlerking,

Until recently, Kimura worked mainly on older motorcycles, but the California-based customiser has been increasingly taking on projects involving modern bikes.

Kimura’s approach can only be described as “hands-on”.

He makes no sketches, drawings, blueprints or mock-ups during the building process, but he has a precise idea of what he wants.

“When I rode the production R 18, I thought it might suit my build and riding preferences better if I designed it to be a little more front-facing with a fairing.

“I decided to adopt the frame, wheels and tyres as well as suspension elements and brakes because I didn’t feel the need to change them after I had ridden the bike.

“I also wanted to be able to ride for long distances with my R 18 while feeling and enjoying the legendary boxer engine.

“It was very important to me to preserve the two characters of the R 18 as I experienced them when riding.

“Thanks to its mighty engine, the bike is wild and has almost inexhaustible power on the one hand, yet it is completely good-natured on the other.

“Just like a whale, hence the German animal name for this R 18, which for me is something like a “Sports Endurancer”,” Kimura explains.

The Wal has a larger and, completely different fuel tank compared to the original, an elongated, harmoniously rounded seat hump and a half-shell fairing.

The foot rests have also been moved about 50mm for more flexibility, the handlebars have lowered and the seat has been changed.

“The seat cushion was also designed by me and then handmade by Backdrop Leathers in Japan,” Kimura said.

“It all added up to the very natural posture that I like.”

The semi-shell fairing houses two asymmetrically arranged headlights that almost look like eyes give Kimura’s R 18 the appearance of a whale — together with a “set of teeth” incorporated underneath.

The colour scheme and the coarsely textured paintwork also match the theme of “The Wal”.

“The Wal” R 18 is an ‘animal’ of a bike. Powerful, mighty, but always good-natured,” Kimura said.

“What I like best about my version of the R 18 is that I was able to change the style and seating position to my liking without destroying the excellent original functionality of the R 18.

“But drastically changing the seating position and adding my own style and taste was a big challenge in my interpretation of the BMW Heritage. Besides, all these computerised systems and wiring were quite new to me and I learned a lot.”

Kimura, regarded as the father of the so-called “Zero Style” motorbike, began his career as a customiser in Japan at Zero Engineering, a company he founded in 1992.

He rose to international fame as early as the 1990s, when his custom Harley-Davidson “Samurai Chopper” was created.

In search of new inspiration, Kimura later moved to Azusa, California, where he founded his own independent company, Chabott Engineering, in 2006.

CHECKOUT: Bonneville back in hand-painted gold

CHECKOUT: Tiger in the tank