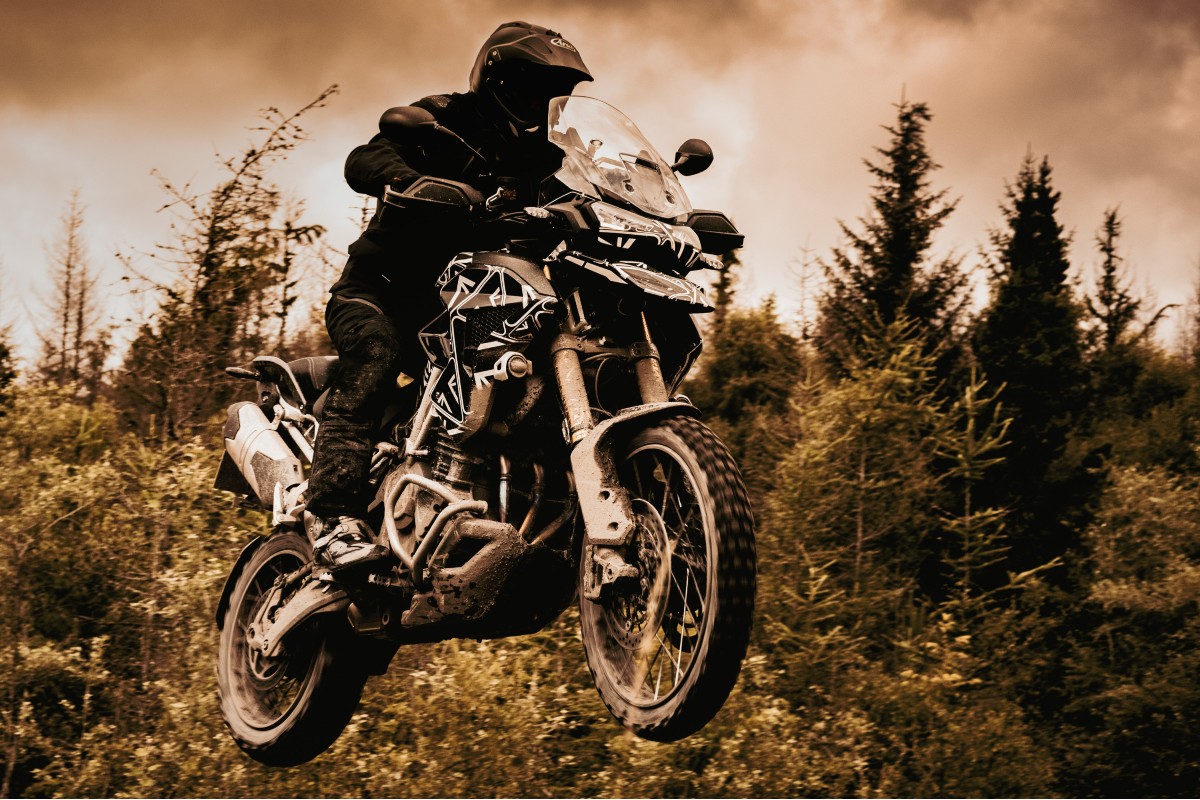 Triumph reckons its new Tiger 1200 adventure bike is lighter and more powerful than the model it replaces.

It says testing of the prototype has demonstrated for the first time the advantage of its signature T-Plane triple in the large-capacity off-road segment.

Delivering more power and character than its closest competitor (only other shaft driven bike in the class), the new 1200 engine brings low-down torque delivery of a twin, together with the top-end punch and incredible soundtrack that only a Triumph triple can deliver.

Triumph says the new T-Plane triple is beautifully smooth and refined, with incredible response and tractability.

It’s perfect for kicking up the dirt, sweeping through the corners, or crossing continents in style.

No output figures yet, but the current Tiger’s 1215cc Triple engine, the most powerful shaft-driven engine in its class, delivers 189kW of power at 9350 rpm and maximum torque of 122Nm at 7600 rpm.

Helping achieve this is high quality engine components, including lightweight flywheel, lighter crankshaft and magnesium cam cover — that allow the engine to spin up fast for instant power delivery.

For more than three decades, Triumph Motorcycles has been based in Hinckley, Leicestershire, where it has produced iconic bikes that perfectly blend authentic design, character, charisma and performance.

Building around 65,000 bikes per year, Triumph is the largest British motorcycle manufacturer and has around 650 dealers across the world.

CHECKOUT: Tomahawk all talk or is it fastest motorcycle ever?