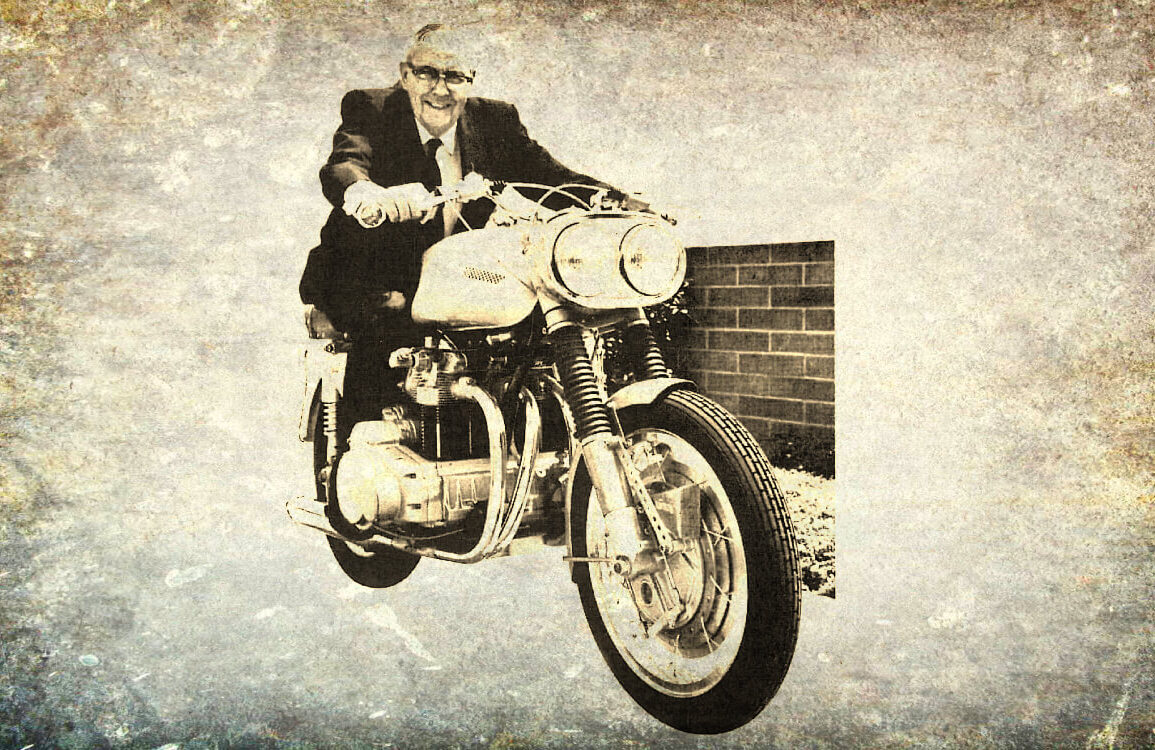 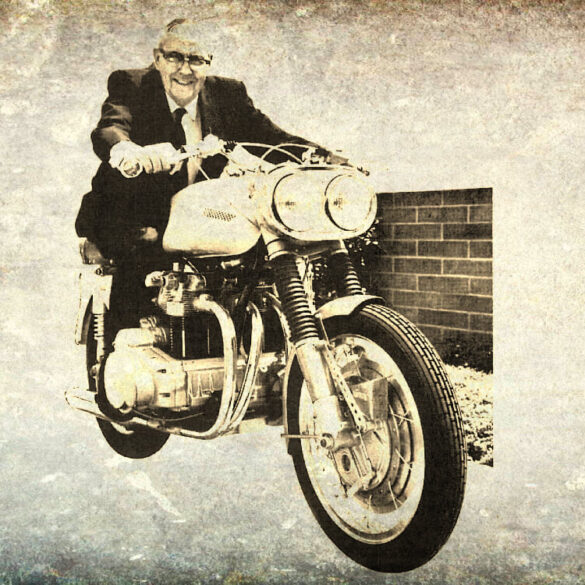 IT was a well-worn copy of Floyd Clymer’s Indianapolis Race History at an online book sale that grabbed my attention.

The book, published in 1946, was about the time I started dreaming of racing cars and from then on every time my mum took me to town I’d venture into the CNA bookshop near the bus stop and marvel at the motoring magazines.

Initially I was interested in Motor Sport, Motor Racing and Autocar from the UK, Road and Track from the US arrived a year or two later — UK’s Autosport followed in 1950, and a few others.

But there would always be something new by Floyd Clymer.

Much more than a writer and publisher of note, he was a pioneer of motorcycle racing, winner of the first Pike’s Peak Hill Climb, owner of several dealerships, and America’s — and probably the world’s youngest car salesman — plus more.

Fittingly, Clymer was born in Indianapolis, home of the famed Indianapolis 500, but soon after, his family moved to Berthoud, Colorado and in 1902, his father, a doctor, introduced him  to the world of cars when he bought the family’s first vehicle — a Curved Dash Oldsmobile.

By the time he was seven, he had learnt to drive the Olds and in 1904 he and his  younger brother, Elmer, took part in a reliability run from Denver to Spokane in a Flanders 20.

The car broke down several times and had to be taken home on a train, but the experience introduced him to competition.

He was also an exceptional entrepreneur.

While most 10-year-olds were happy playing marbles or some ball game, young Floyd got his kicks from selling cars.

His dad let him set up shop in a room in his practice and the Berthoud Auto Company was founded, specialising in Reo, Maxwell and Cadillac.

Berthoud is about 80km from Denver.

He was just 11 when the Motor Field monthly publication ran an article on ‘the Kid Agent’ in its February, 1907 edition and by that time he’d already sold 13 cars. Clymer was a born salesman and became America’s youngest Ford dealer at age 14.

He began racing motorcycles in the 1910s, and was very successful though the 1920s, winning the Pikes Peak Hill Climb and several other hill climb championships, plus the National Sidecar Championship in 1920.

He was involved in motorcycle racing throughout his life, including race promotion and organisation and in the 1920s he owned a Harley-Davidson and Excelsior motorcycle dealership.

His first bikes were a California-built Yale and Thomas Auto-Bi.

Ever the showman, Clymer discovered how to ride backwards by the time he was 14 and, in 1912, he won his first amateur bike race in Boulder, Colorado.

His victories earned him a spot in Indian Motorcycle’s advertising and in 1916, he made motorcycle history by winning the first Pike’s Peak Hill Climb.

That attracted the attention of Harley Davidson and became a member of their factory racing team.

Though an accomplished rider, Clymer never abandoned the world of salesmanship.

He moved to nearby Greeley, Colorado and opened a motorbike business, selling Excelsiors and, eventually, the Harleys he was known for racing.

After his stint in Greeley, he set up Floyd Clymer, Inc. in Denver, becoming a major distributor of Indian, Excelsior and Henderson bikes for the western part of the country.

In a 1929 brochure, Clymer claimed he was the largest motorcycle dealer in the west and that he had sold and shipped motorcycles to every state in the union.

He also sold parts and accessories.

By the 1930s, he moved to Los Angeles, taking over the West Coast Indian distributorship and managing a profitable venture in the mail order parts business.

Taking advantage of his proximity to Hollywood, Clymer gave Indian bikes to celebrities as gifts or loaned them in return for advert-worthy publicity shots.

Consequently, Indians were well-represented on the silver screen.

During World War II he began collecting automotive sales literature and photos, many of which wound up in his first book.

It got glowing reviews, including one from Time magazine.

From then on, he focused on publishing and by 1965 he had produced more than 400 different titles.

Among them were several more ‘scrapbooks,’ including special editions devoted to steam-powered cars and motorcycles.

In 1946, Clymer began a long association with the Indianapolis Motor Speedway, where he approached track owner Tony Hulman after racing resumed and offered to do a yearbook on each 500-mile classic.

That brought him into contact with Donald Davidson, the speedway’s historian and keeper or its enormous archives.

He recalled Clymer as a master salesman and a man being possessed by seemingly boundless energy.

“I’m not sure you could really call him a pioneering automotive journalist, because he did very little actual writing,” Davidson said.

“You could better call him a producer of books. Vast quantities of books. He published literally hundreds of these titles every year for many years.

“A lot of them were repair manuals for various old cars, but he would also go get hold of these hardcover European books on drivers like Dick Seaman, and just copy them, in this small paperback format with a textured cover.

“He’d just churn these things out constantly. He was a salesman, and he was extraordinarily famous all over the United States and much of Europe, for his hundreds and hundreds of titles.”

Davidson learnt first-hand about Clymer’s research and production process while he produced the Indy 500 yearbook.

“Clymer would lift stories, photos, even the race day starting lineup, right out of the Indianapolis News and just run it verbatim in the yearbook, without anything in the way of attribution,” he said.

“In those years, nobody worried about licensing and copyrights and things such as that. Tony Hulman was thrilled with the yearbook. It got done on time and cost virtually nothing.”

Regardless, Clymer is widely credited with being among the first to provide the American masses with in-depth knowledge of its motoring history.

However, he never turned his back on motorcycles.

In the 1960s, he became a distributor of the high-end German-built Munch Mammoth IV, a US $4000 bike he labelled the ‘Ferrari of motorcycles.’

Next, he attempted to revive Indian, which stopped production in 1953, by relaunching it and applying the famous name on imported bikes with engines from Royal Enfield and Velocette.

Clymer succumbed to a heart attack in 1970 while working on the Indy 500 Yearbook.

Back to the online book sale: I didn’t get the Floyd Clymer book, opting instead for one by Bill Boddy, founder of Motor Sport in 1936, who worked at his famous magazine until a fortnight before he died, aged 98.

But that’s another story.

CHECKOUT: Fun police put a plug in the farts