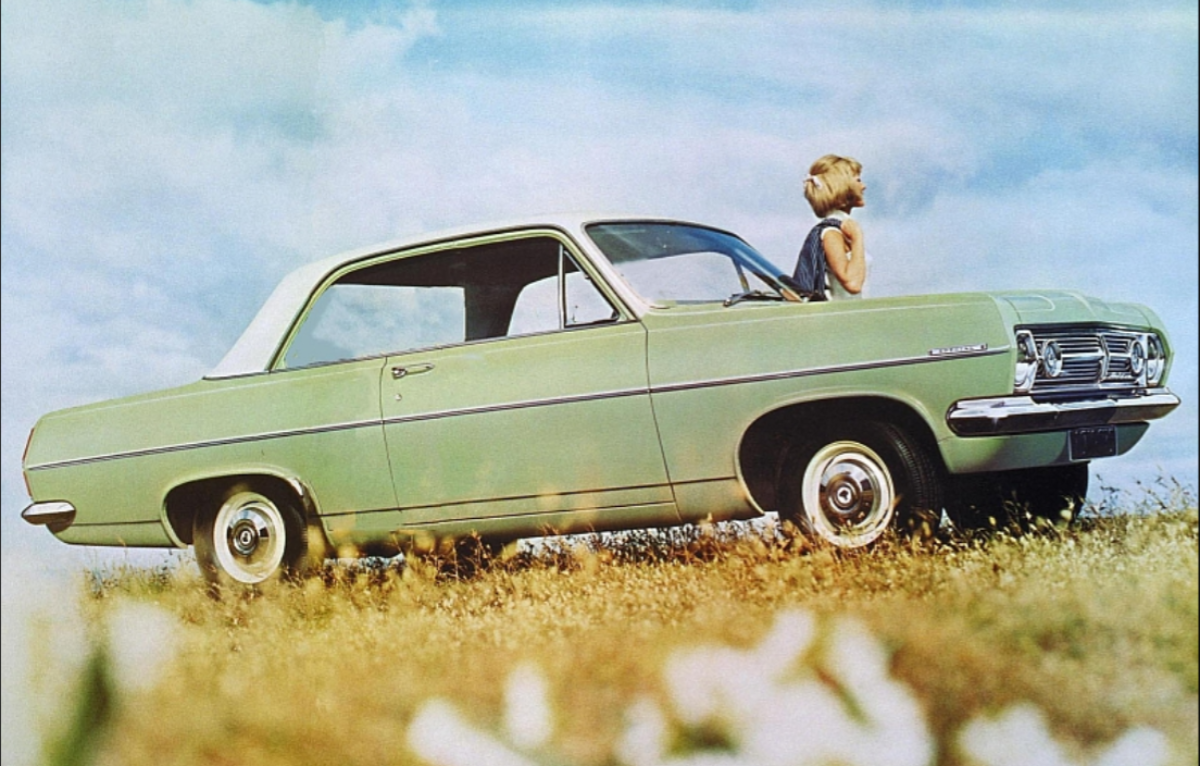 For many years there has been speculation that Holden was considering a two-door coupe long before the Monaro hit showrooms in July, 1968.

Back then Holden’s product planners would have been assessing the viability of a coupe for the HD/HR range.

And Ford’s planners were doing similar.

Both would have been well aware of the explosion in sales of sporty, stylish coupes in the USA.

Their respective headquarters would have requested the local outposts prepare business cases to evaluate if a two-door could make money in Australia’s smaller market.

Ford Australia already had an American product as a base on which to work — the Falcon Sprint.

And because the Sprint was derived from the basic, easy-to-build, four-door Falcon, the business case for a local Falcon coupe projected that profits would be made.

Holden had no such foundation on which to build a coupe.

It would have to start from scratch or use something from the USA.

The only American coupes available were the Chevrolet Nova and the rear-engined Corvair Monza.

Both needed significant and costly re-engineering for right-hand drive and tougher Australian road conditions if they were to be sold here.

The HD had been styled in early 1962 in Detroit, almost in parallel with the 1964 Opel Kapitan sedan, so it is no coincidence that both cars share a common look.

As soon as the Opel sedan styling was finished, Opel began designing a two-door hardtop coupe version which appeared in 1965.

One of his first decisions was set the theme for the HR including a re-style of the HD’s front guards and rear end.

And he gave the go-ahead for full sized renderings to be made of an HR coupe. 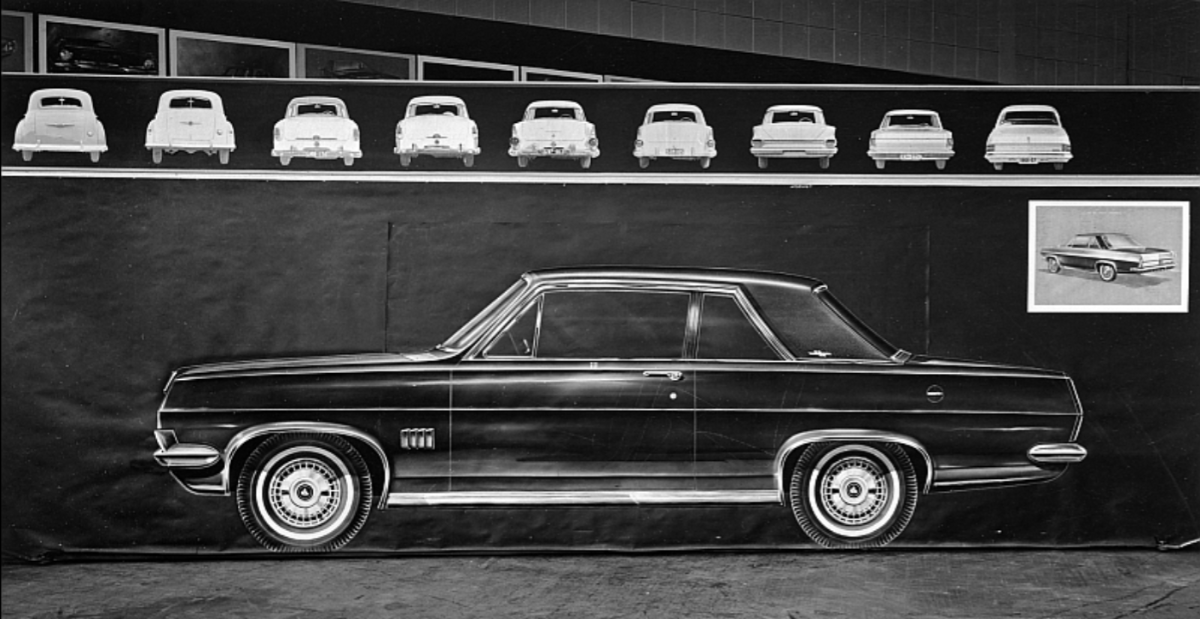 The renderings you see here are dated August, 1963 and depict a very elegant car.

The “Premier” badging  across the boot panel and “SS” insignia on the “C” panel and right-hand side of the boot lid suggest Holden was thinking of the coupe as a sports/luxury offering,

The front mudguards have Monaro type slots between the wheel arch and door.

An HR coupe mock-up was built by Holden by cutting up an HR sedan and adding fibreglass coupe panels.

This prototype found its way on to the pages of the January, 1967 edition of Australia Motor Sport and Automobiles magazine, one of this country’s forgotten car publications.

So, was the HR coupe a realistic proposal or just a bit of corporate “blue-sky” imagining?

The first has to do with the numbers.

The Falcon coupe was not a big seller in XM or XP formats. It was a niche car and did not have a V8 option.

Its poor sales results would have caused Holden to think twice about the financial viability of an HR coupe.

Second. The arrival of the XR Falcon in 1966, with its V8 and the GT models, meant the entire dynamics of the local car industry was changing.

Holden needed to match the XR in every respect, including a V8 and the HR was not the car to do that.

So, why waste money, time and resources on engineering and developing a coupe for a model that would have, at best, an 18-month life span — and would then be replaced by a real XR fighter, the HK?

And so the company’s focus switched to developing a coupe within the HK range.

The HR coupe idea was quietly shelved, and we are left to speculate about what could have been achieved and what it might have looked like?

The closest we will ever come to understanding what an HR coupe may have looked like are the Photoshop images you see here and the Opel coupe, only 347 of which were ever built.

Checkout: First Falcon was a Chrysler