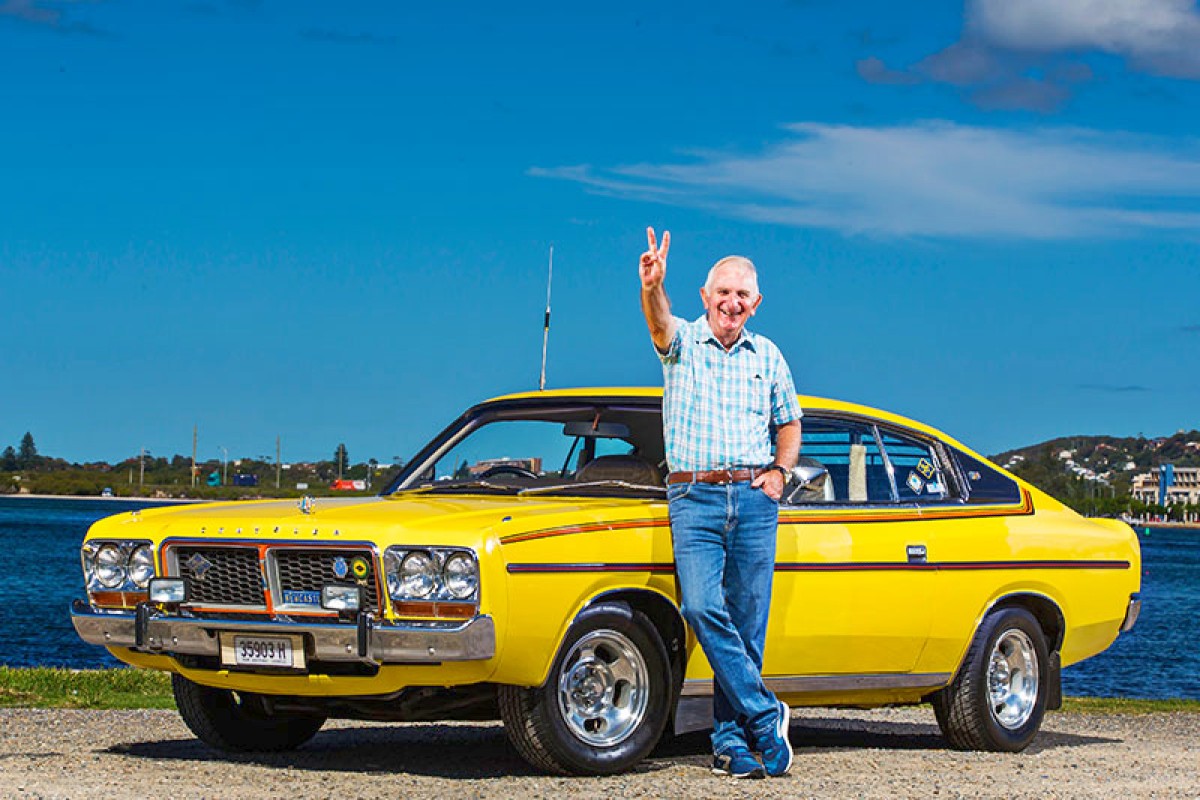 An Australian motoring legend turns 50 this year — the Valiant Charger.

Released in August 1971, the Charger was never a part of the original VH Valiant development plan that was signed off in Detroit in late 1967 by Chrysler Australia’s Managing Director David Brown.

The VH sedan and wagon was styled at Chrysler’s Highland Park world headquarters in the USA.

It was shaped to look big and bulky.

In 1969, while Brown was reviewing progress of the VH design in America, he instinctively knew something was missing.

Brown saw the need for an affordable, sporty coupe that had youth and sex appeal.

The Holden Monaro was a year old and selling well and Ford had captured attention with its Falcon GT and smaller Capri fastback coupe.

Chrysler had responded with the Pacer, but that was little more than a warmed-up family sedan.

Trouble was, the styling for the forthcoming VH range was locked in and hand-made prototypes were already being built for testing.

Plus, the VH range already included a hardtop coupe.

Rather, it was being developed as a luxury offering.

And herein lies a story that clearly shows a lack of understanding of the Australian market by Chrysler’s American management.

Those in Detroit insisted quite firmly with Brown that there had to be a long wheelbase hardtop in the VH range.

Because what they described as “personal coupes” were all the rage in America and they believed the same would happen in Australia.

Brown was not convinced about the American logic but to secure the finance he needed to develop the VH Valiant, he reluctantly went along with it.

Knowing the hardtop would not sell, Brown and his team decided, in secret, to develop the Charger.

It was a bold and risky plan which meant a fast-track development program had to be implemented.

In late 1969, Brown authorised the expenditure of a mere $2 million, which was skimmed off the broader VH program.

In car design terms, two million was a pittance.

A semi-finished VH Valiant sedan prototype body was taken to the design studios in Adelaide one Friday night.

The stylists worked over the weekend to have a range of sketches and ideas for Brown to view on Monday morning.

What they came up with was brilliant.

It did wonders for the coupe’s appearance.

The shape changed very little from first sketches until it hit the showrooms.

The preferred name for the car was “Rebel”.

The design team knew they could not use that name as it was already being used by AMI’s Rambler sedan.

But Rebel summed up the intention perfectly.

Another name considered was “Racer”.

In early 1970. Brown decided to tell Detroit what he was doing.

A meeting was arranged for a team from each side to meet in Honolulu.

The compelling nature of Brown’s presentation, the design of the car and the obvious market need — meant Brown won the day.

With the tooling for the big Chrysler/Valiant hardtop coupe having been completed and production preparations well underway, it was decided the Charger would have to use the hardtop’s doors to save costs.

To save more money and development time, the rear side windows were fixed.

This meant that engineering did not have to spend time designing window winding mechanisms and a space for the window to retract inside the body.

The vents behind the rear windows were originally for flow-through ventilation.

Cost considerations stopped it happening, but the vents, now diecast fakes, remained to cover up the metal to metal joins underneath.

To test the shorter car’s dynamics, two Valiant utilities were built on the 105-inch (2667mm) wheelbase and mechanical components destined for the Charger bolted on to them.

Both of these utilities, a VF and VG, still exist today in a private collection.

When it was released in August, 1971 the Charger captivated buyers.

One set of TV advertisements made no secret of what young males could expect if they bought a Charger.

Another group of advertisements featured older men whose decision to purchase such a sporty car was rewarded with continuous feedback from pedestrians shouting “Hey Charger!”

It was as if the original Monaro had been re-created by Chrysler Australia.

The Charger had it all: Sex, Power, Style and Emotion.

Priced at just $100 below each equivalent four door Valiant, it was a bargain.

That put it $15 under the price of the four cylinder Ford Capri coupe and made it 25 per cent cheaper than an MGB.

It was 10 per cent cheaper than a basic HQ Monaro, plus it had a bigger and more powerful engine.

And they were keenly priced, too.

And, on the race tracks, Chargers did well, but never quite reached the podium as often as potential predicted.

For a while it did “unbelievable” business for Chrysler Australia, to the point that during 1972 and into 1973 — almost half of the company’s production was Chargers.

Wheels magazine gave the Charger its 1971 Car of The Year Award.

But troubles lay ahead.

Sales of the VH sedan and wagon were sliding, because of its bulky styling, pulling Chrysler Australia into financial trouble.

Chrysler in the USA was also in a poor financial situation and money to fund any changes to the Valiant and Charger was not available.

Without the money to undertake an extensive redesign, the Charger followed the Valiant styling evolution through the VJ, VK and CL models.

At the same time, Australia’s appetite for full size coupes was rapidly declining.

The Monaro coupe survived until 1976, ending with the luxury LE model.

The Falcon coupe was produced until August, 1978

The last Charger was also built in August, 1978.

It remains an Australian automotive and cultural icon.