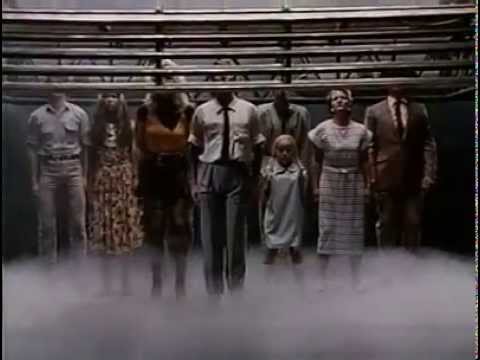 The Grim 80s will be remembered for “big” hair, shoulder pads and extravagant music videos – not to mention the very real possibility of catching AIDS if you slept with the wrong person.

Unprotected sex was a big no, no!

In case that wasn’t scary enough, the Federal Government went out of its way to underline the fact with the The Grim Reaper campaign.

The commercial, part of a $3 million education program by the National Advisory Committee on AIDS (NACAIDS), aired for the first time on April 5, 1987.

It showed a fearsome Grim Reaper wreaking havoc in a bowling alley, knocking over men, women, and children alike – all designed to represent random AIDS victims.

Not surprisingly the ad caused quite a stir, both for its subject matter and because the Grim Reaper became associated with gay men.

Nevertheless, it was regarded as a highly successful exercise in educating the Australian public about the issue.

Time for some 70s nostalgia

The commercial was created by Siimon Reynolds and the commentary was by voice-over artist John Stanton.