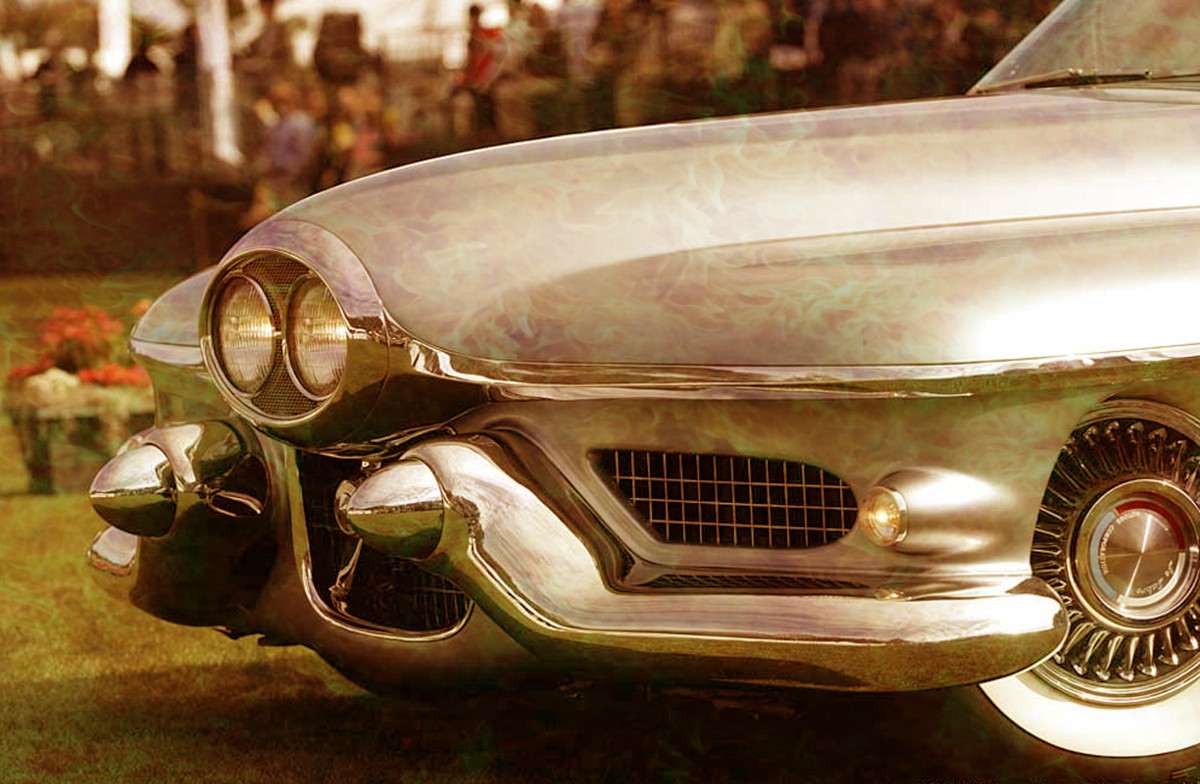 You can mark the start of the great American dream car era, from the reveal of GM’s jet-inspired Buick XP-300 and Le Sabre — in the first months of 1951.

I’m hard pressed to nominate any other dream concept cars that have had such a lasting and enduring influence over the last 70 years.

The two, which reputedly cost more than $1 million each to produce, were greeted with shock and awe.

It sent a blunt, brutal message to GM’s competitors, that it had the time, the money and people to devote to their development — and still do  the necessary work to be the world’s leading car company, without breaking stride.

With jet and rocket-age inspired styling, they virtually defined the shape of the future — and everyone else might as well follow suit.

Designed during 1949 and 1950, the cars were crammed with wondrous technical innovations for the times.

The XP-300 was the idea of Buick’s chief engineer, Charles Chayne, who was responsible for the technology and engineering of both cars.

The motors delivered a stunning for the time 335bhp — or 250kW in today’s figures.

The fuel was a mix of methanol and avgas, delivered through separate tanks and carburettors.

The body panels were handcrafted from lightweight aluminium and magnesium.

The Le Sabre had a conventional bonnet and boot lid.

But there was no need to reach into the boot and struggle to extract a spare tyre if you got a flat.

The spare was mounted in a cradle that lifted the wheel and tyre clear of the boot at the touch of a button.

There was no need to get your hands dirty either, placing a jack under the car and cranking the handle.

At the press of another button, hydraulic jacks raised and lowered the car — just like they do these days on race cars.

Its entire front end tilted forward to expose the engine and front suspension.

While two boot lids were hinged on a centre spine and opened gullwing style.

It also had the hydraulic jacking system.

Driving them was made super easy with power brakes, power steering and power windows.

These were still ultra-rare items in 1951.

Le Sabre had a moisture sensor in the centre console that automatically closed the convertible top and raised the windows if rain was detected.

When the car was displayed, minders would sprinkle a little water on it, walk away and watch the crowd gather as the car did its thing.

A digital speedo was a revelation for the times.

The XP-300 was slightly higher because it rolled on 15-inch wheels.

GM’s glass supplier, Libby-Owens-Ford, had only just perfected the technology after four years of arduous trial and error.

The cars were star attractions at auto shows across the USA and were still the focus of attention at GM’s 1953 Motorama two years later.

Politicians, movie stars and other celebrities clamoured to be seen and photographed with the cars.

They pointed to a wonderful future and who in their right mind did not want to be associated with that?

Le Sabre was shipped to Europe where it was also displayed to massive crowds.

When not doing show duty, Le Sabre was the personal transport of designer Harley Earl.

Le Sabre was not exactly a sports car, but the XP-300 was reputed to have achieved 140mph (225km/h) at GM’s Proving Ground in Michigan.

The XP-300 is at the Alfred P Sloan Museum in Flint, Michigan.

And what pray tell happened to the 215 cubic inch V8?

Well, it was used on a production Buick in the early 1960s.

Rover then bought the rights to use the engine.

It was also adapted to become the Repco Formula 1 engine that took Jack Brabham to World Championship victory in 1966.