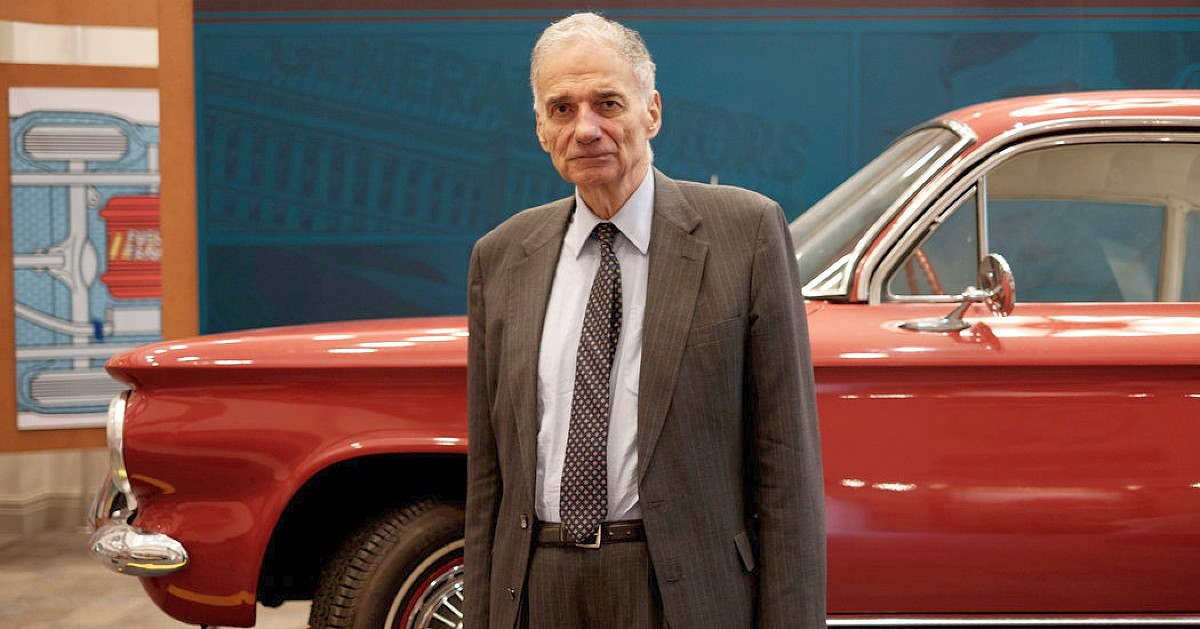 Despite being launched more than 50 years ago, Ralph Nader’s book Unsafe at Any Speed still has impact.

The then young Harvard-trained lawyer/reformer lambasted the automobile industry for building cars that were unsafe.

These days most people believe that Unsafe at Any Speed was almost solely about the rear-engine Chevrolet Corvair.

Nader reserved most of his criticism for what American car companies were making and selling: big, powerful V8 automobiles with tiny drum brakes.

He condemned the interiors, full of chromed, sharp protruding switches and the steel post steering columns which impaled passengers even in low speeds crashes.

He gave voice to a growing cadre of car company customers who valued vehicle safety above gimmickry.

And he did so at a time when the US automotive industry was at its absolute height of influence, power and arrogance.

The irony of Nader’s book is that he struggled to find a publisher and then when it did hit the bookstores — sales were low.

What gave the book national prominence and launched Nader’s consumer activism career was General Motors itself.

At the time, GM was facing 103 lawsuits related to the Corvair and became extremely nervous about the book.

Like something out of a crime thriller, to find out more about Nader they actually hired private detectives.

The Washington Post newspaper found out about the investigation and so did a US Senate committee investigating auto safety.

GM was hauled into the US Senate and asked to “please explain?”

Nader sued and GM settled out of court, reportedly for nearly half a million dollars.

Sales of the book skyrocketed.

Corvair sales dropped like lead pipe thrown in the air.

During 1967 the political pressure was so great that US congress started to pass laws regulating automobile design and safety standards.

And so the great consumer protection regulatory reforms began in the US, covering many industries and products.

That regulatory tsunami swept around the world and Nader’s name became synonymous with consumer protection.

In 2000, Nader decided to run in Florida for the US Presidency against Vice President Al Gore and Republican nominee George W. Bush.

Gore lost Florida by 2000 votes and it kept him out of the White House.

Perhaps, had Nader not been on the ballot many of his votes would have gone to Gore?

And if it had not been for GM’s actions in 1965, Nader might have been just one of many unknown names on the ticket — or not there at all.