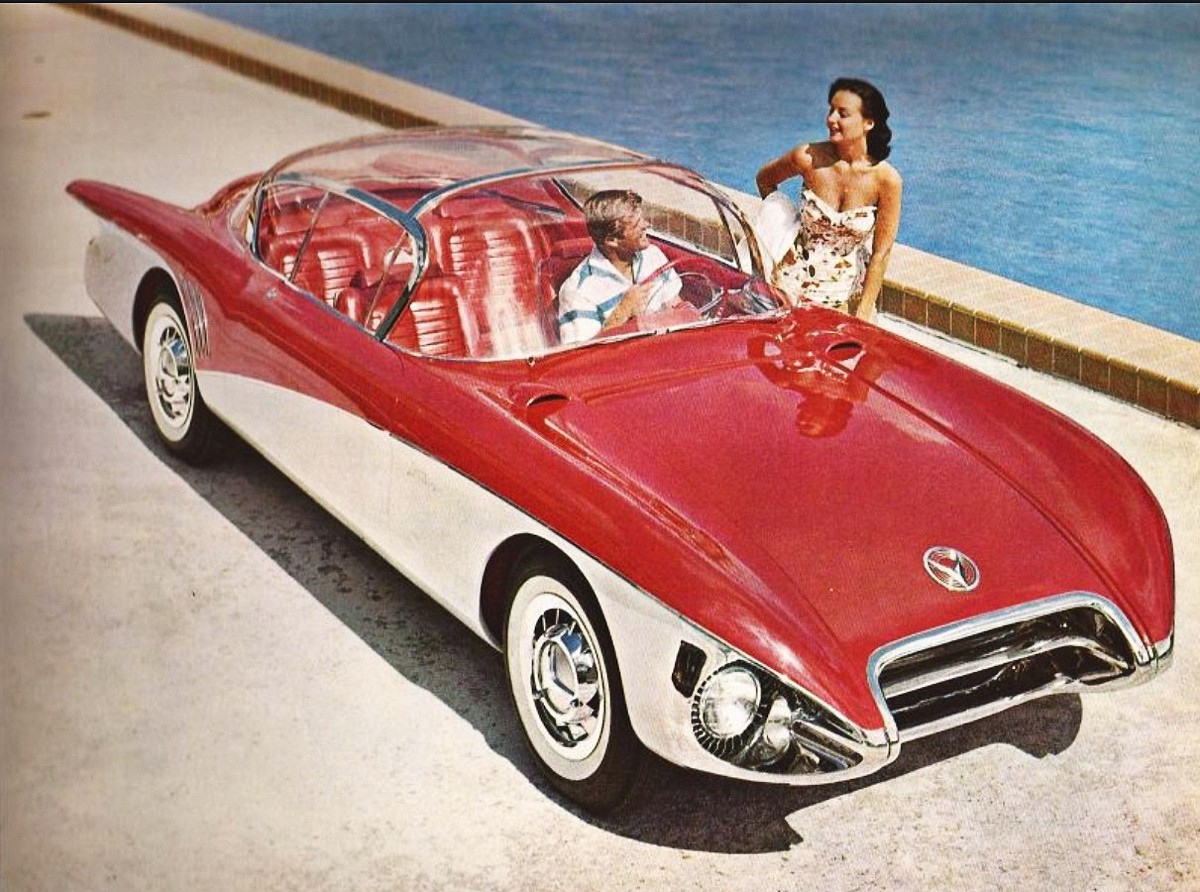 During the 1950s General Motors developed a series of future-focused “dream” cars.

They were displayed to the American public in extravagant exhibitions called Motoramas.

Millions went to see these cars — and they could see them all for free.

Many of the cars that were shown ended up being destroyed later, but one which survived is the sensational Buick Centurion XP-301 from 1956.

That’s XP for “XPerimental” and 301 is its build number.

Being a car of the mid ’50s, there was plenty of chrome applied to its body work, but not too much to distract from the svelte shape.

The aerodynamic body matched its stunning interior, which was upholstered in aircraft-inspired Elektron Red.

The steering wheel was mounted aircraft-style on a wide, chromed arm that cantilevered out of the centre of the dashboard, thus removing the safety hazard of the steering column.

Perhaps its most visionary feature, however, was a rear-mounted camera with a wide-angle lens and 4 x 6-inch view screen that was embedded in the dashboard (a seemingly impossible feature for its day).

The camera, paired with the car’s transparent bubble top and panoramic wraparound windshield, meant that no rear view mirror was necessary.

A chrome-plated strip that began above the front wheel, curved down just before the rear wheel, and then curved back up again to the tail light.

Known as the “Sweepspear” it would become a Buick trademark.

Did anyone mention the word Maverick?

The tapered tail resembled the exhaust outlet of a jet aircraft.

The flat rear fins were later used, in even more extravagant form, on the “bat-winged” 1959 Chevrolet and later again on the 1971 Buick Riviera coupe.

Chuck Jordan, who designed the Centurion, went on to become global head of design for GM in the 1980s and 1990s.

CHECKOUT: The car that saved Volkswagen (wasn’t a VW)