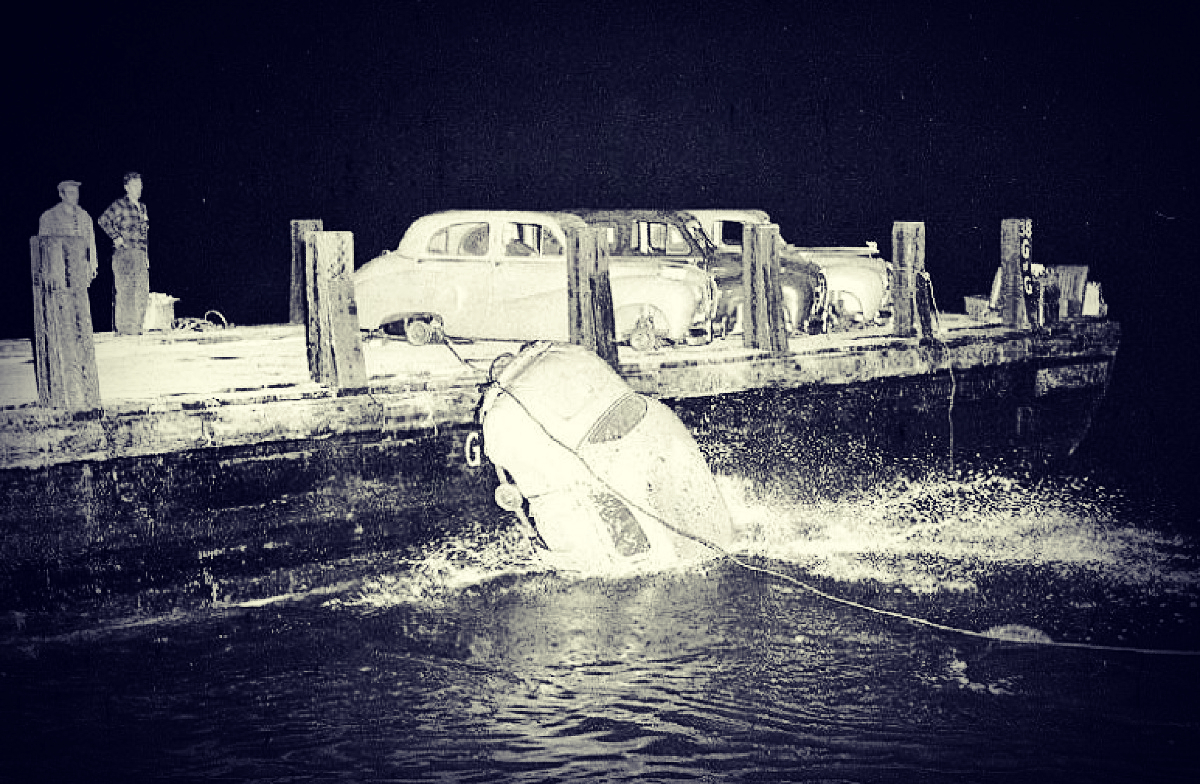 On May 9, 1952, 22 brand new Austin A40 Somerset sedans were dumped into the deep water of English Bay in Vancouver, Canada.

The cars were left hand drive imports from the UK and had been water damaged after a fire swept a cargo ship moored in Vancouver harbour with 50 A40s on board.

The fire destroyed 28 of the cars and the remaining 22 had been saturated by salt water that was showered on the flames by a fireboat.

Local Austin dealer, Fred Deeley, wanted to make sure the water-soaked cars did not end up on the market, so the decision was made to dump them — in the water.

Why the cars were not crushed has never really been explained.

Maybe the publicity of submerging them in the deep blue sea was just too exciting to ignore?

It certainly made the front page of the local newspaper.

Anyhow, the cars were stripped of batteries, tyres and other “useable items” then loaded on a barge and taken out into English Bay.

One end of a wire rope was hitched to each car with a slip knot.

The other end of the rope was tied to a tugboat, which then pulled the cars off the barge and into the water.

Deeley had been importing Austin since 1932 and was the biggest Austin dealer in British Columbia.

After the end of WWII, he convinced Austin to continue to build left-hand-drive cars.

The four-cylinder Austin A40 proved to be popular in the western Canadian province.

In August 1951, Deeley organised a huge 10-day Austin of England show in Vancouver that was attended by Austin executives.

As far as anyone knows, the Austins are still at the bottom of the harbour.