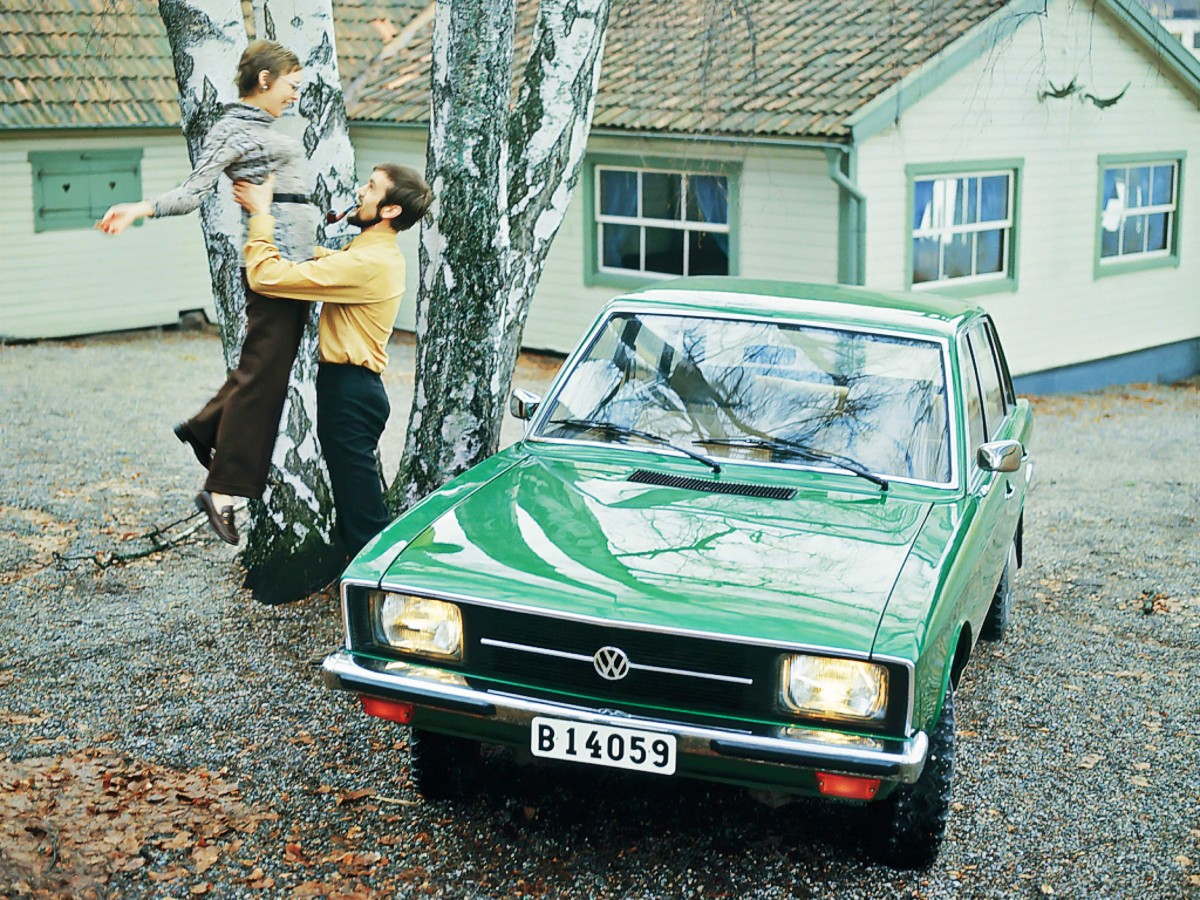 So, what is the car that saved VW?

I’ll give you a hint.

It is not the Beetle.

It did not save the company.

Well, it is a non-descript, crisply shaped, four door-sedan with VW badges.

Yet, no one really remembers it.

It is forgotten, almost airbrushed out of VW’s history.

But a game changer it was for VW.

For it is the K70 that ushered in VW’s great rotation, literally, out of rear-engine, air-cooled, rear-drive cars into front-engine, water-cooled, front-drive cars.

It is the car on which the very successful 1973 Passat and 1974 Golf were based.

It is the car to which VW owes its global domination.

It was an NSU product, the same folks who developed the rotary Ro80.

VW got their hands on the K70 by way of a takeover of the financially failing NSU.

NSU had spent up big on trying to make the Ro80 reliable, but as we all know, that was a lost cause.

The K70 was developed because of delays in getting the Ro80 into a state of technical reliability caused NSU’s decision makers to take out a little insurance.

They need a sedan with a conventional in-line engine, “just in case”.

NSU announced their intention to make the car at the 1969 Frankfurt International Auto Show.

But the Ro80 situation had proved too much of a strain for NSU’s balance sheet.

Soon after the Frankfurt Show a complicated takeover arrangement with VW saw NSU absorbed into the VW/Audi organisation.

All it had was the Beetle and a range of larger two- and four-door sedans — all rear-engined.

The Beetle was an aging design—it was old in 1960—and the bigger cars were not the most svelte automobiles in the parking lot.

More worrying was the slow but inevitable shift to small, efficient front-wheel drive cars, which had been started by the Mini a decade earlier.

VW was way behind its European competitors in this regard.

It was, in hindsight, a brilliant move.

That said, it was not all plain sailing.

But VW was not looking at the typical VW buyer to replace their old VW with a new K70.

Their 1973 Passat and 1974 Golf, both using K70 technology, showed they were after the typical Renault, Peugeot, Opel, Vauxhall, Ford and Fiat buyer.

The world was next.

CHECKOUT: The car that helped to elect a President