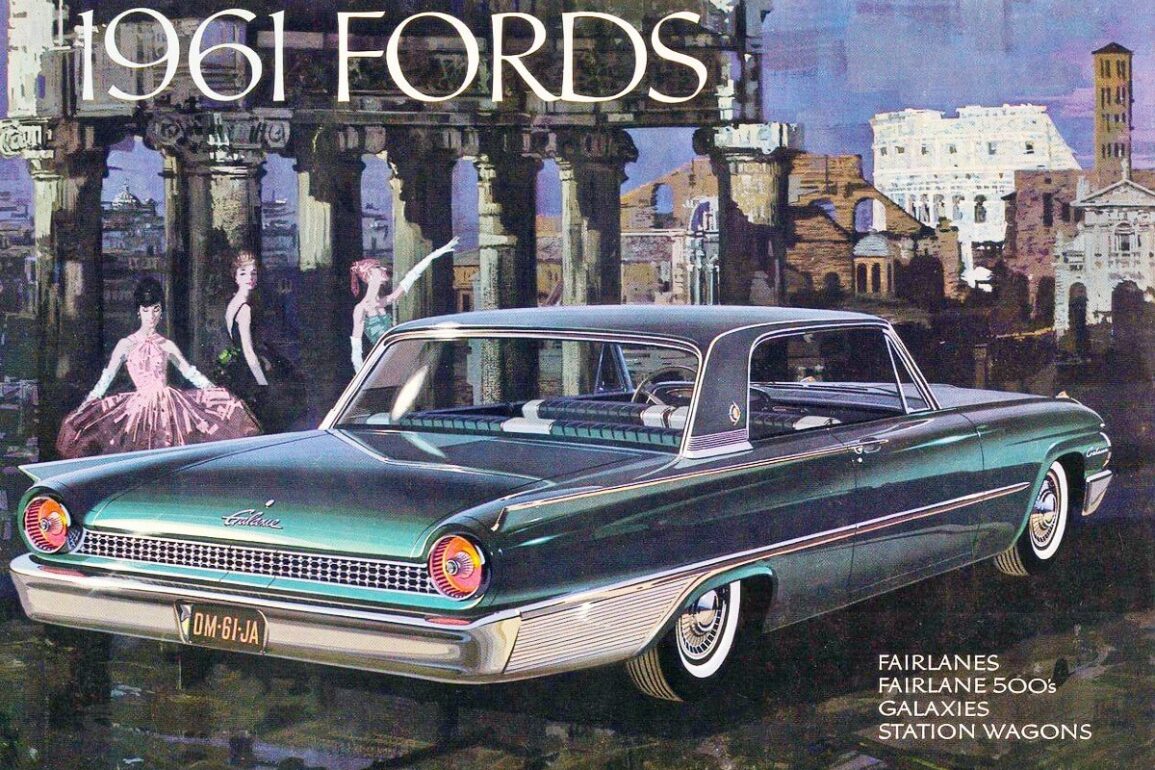 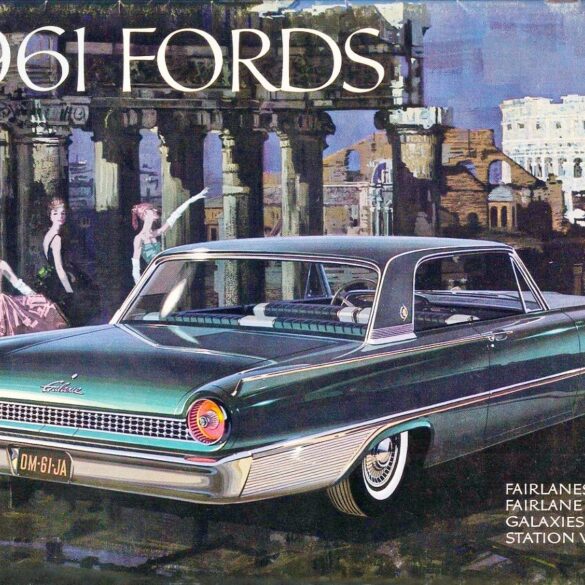 If General Motors’ design boss Bill Mitchell thought he was busy in the lead up to 1961 when he had to deliver 83 new models, then Ford’s design supremo, George Walker, had an equal claim to being fully occupied.

It was the third year in a row of major sheet metal changes.

Yes, the third year in a row.

The reason Walker was so busy is because GM was totally spooked by Chrysler’s stylish 1957 cars and hurriedly reshaped their 1959 cars in an attempt to regain design leadership.

When Ford discovered that GM’s 1958 cars would only be on the market for one year, they mistakenly assumed that GM was moving to full re-stylings on an annual basis.

Alarmed into action, Ford implemented an ultra-fast track project to ditch the face lifted 1959 models they planned for 1960 and brought forward their 1961 cars into 1960.

Then they restyled everything again for 1961.

It all calmed down in 1962, but by then Ford had cycled through three different designs in three years.

If you go back to the beginning of 1957, there had been four complete re-styles of Ford and Mercury cars.

Plus, the Edsel had come and gone.

That’s a staggering amount of change in such a short time.

And there was a price to be paid for this massive and costly annual upheaval.

After years of having separate bodies to the cheaper Ford range, in 1961 the Mercury division was forced to share inner panels, cowl and roof lines with its lower status sibling — to save money.

And it was the year that Lee Iacocca, the newly appointed boss of Ford, established the Fairlane Committee.

The data evaluated by the committee led to insights which resulted in the Mustang.

His preferred successor, Elwood Engel, lost out to Gene Bordinat in the selection process for the top styling job.

In November 1961, Engel was headhunted to Chrysler as its design boss and began a long journey to remedy some of Chrysler’s more extreme styling themes.

CHECKOUT: That was one great year for sports cars