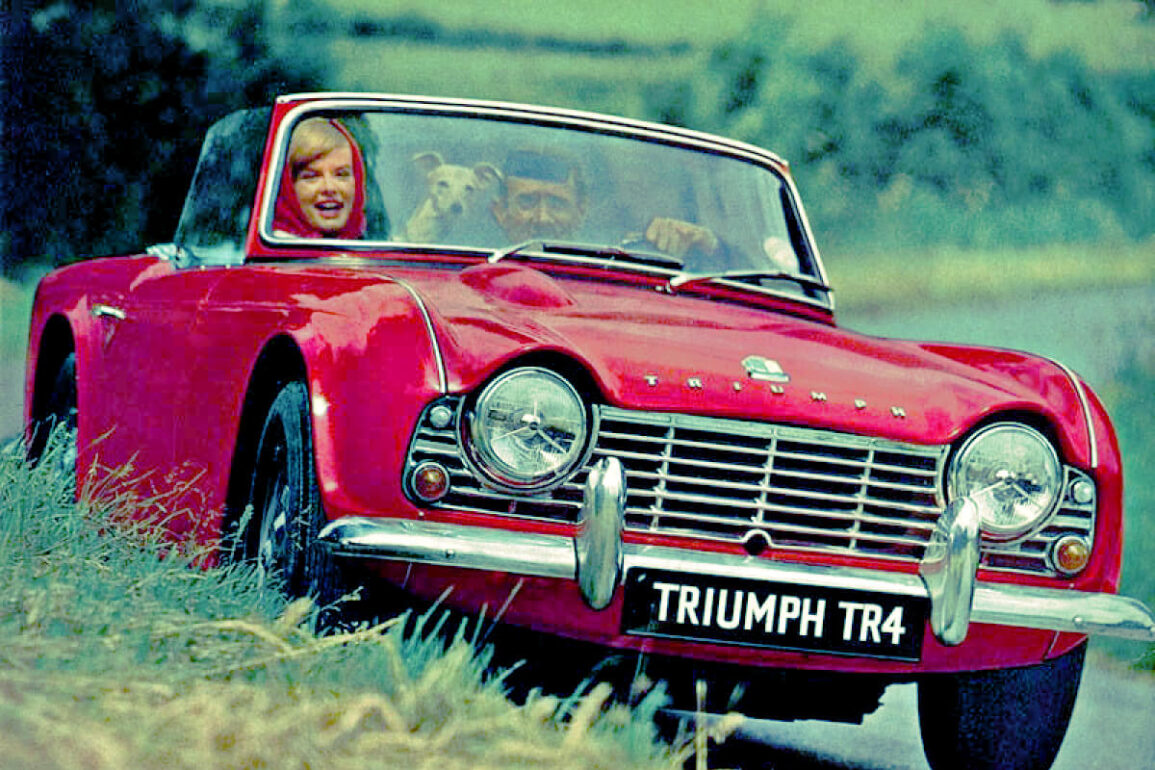 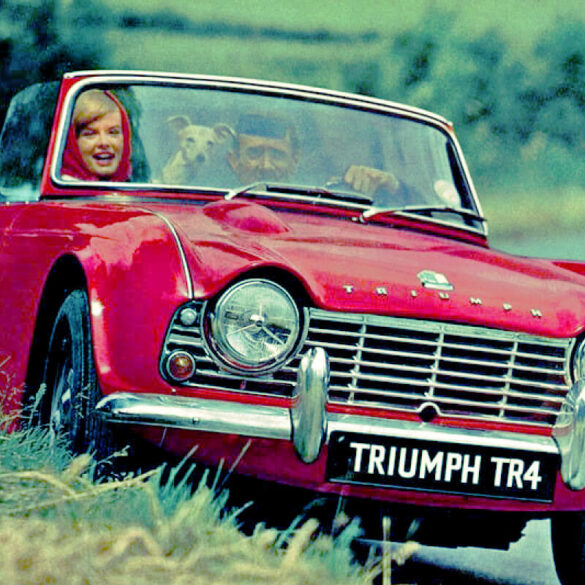 Without doubt 1961 was a prolific year for totally new cars.

In the UK it saw the birth to some iconic British sports cars, among them the E-Type Jag, MG Midget and Triumph TR4.

I’m not a huge fan of the E-Type, but here’s how the year unfolded for the Brits.

The styling was a divided effort. The Healey gang shaped the sheet metal ahead of the doors. The back half was given to the designers at BMC.

So, how to tell them apart? The badges and nameplates differ.

The MG’s grille has vertical bars, while the Sprite has a cross-hatched design.

The Midget commanded a higher price because it had more gauges, a better interior trim and some extra chrome trim.

Around 355,000 Midget/Sprites were sold in total, with the MG outselling the Healey by two to one.

The all-new TR4 was styled by Giovanni Michelotti, one of the most prolific designers of sports cars in the 20th century.

It boasted a 2.1-litre four-cylinder petrol engine that produced 100 bhp.

An expensive option was a hardtop roof that consisted of an aluminium frame with a fixed rear window, a detachable metal roof panel and a simple soft-top for emergency use when the metal roof panel had been removed.

The soft top part was called the “Surrey” top.

The idea was first seen on the 1958 Fiat Wonderful, a silly name for a car, built by Vignale and styled by Michelotti.

Only five Wonderfuls were constructed.

For me, the TR4 has always had an aura of British “upper class” to it.

Its rival, the MGB, released in 1962, seemed more “egalitarian”.

Many consider the E-type to be one of most beautiful cars ever made.

I’m not one of them.

For me it has design themes that GM’s legendary design boss, Harley Earl, might have enjoyed: doughy rounded fenders, a high curved roof line and wrap-around windscreen.

Its track is narrow too, giving the car a tip-toe appearance.

And then there’s its resemblance to the 1952 Alfa Romeo Disco Volante and 1954 GM Motorama Corvette Corvair dream car.

I’m sure many of you will have firm views on all of this.

CHECKOUT: Wheel life a flick of the wrist

CHECKOUT: Of beer and Australian-built Mercs