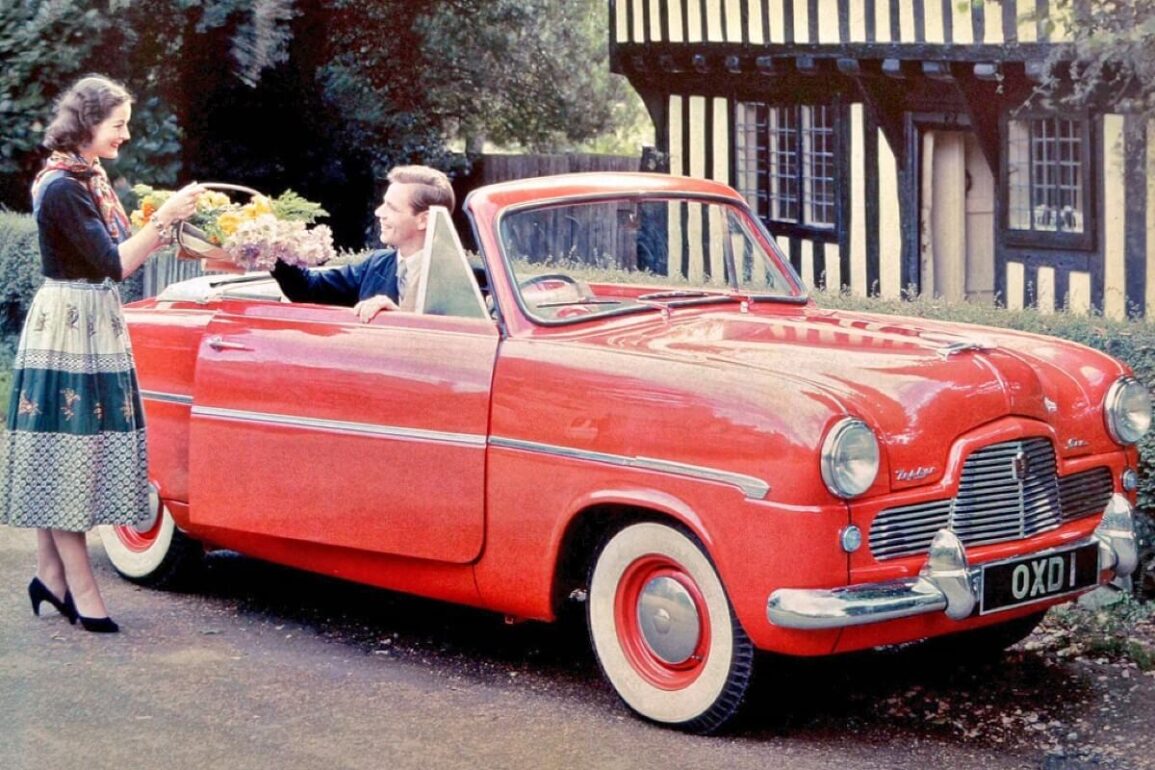 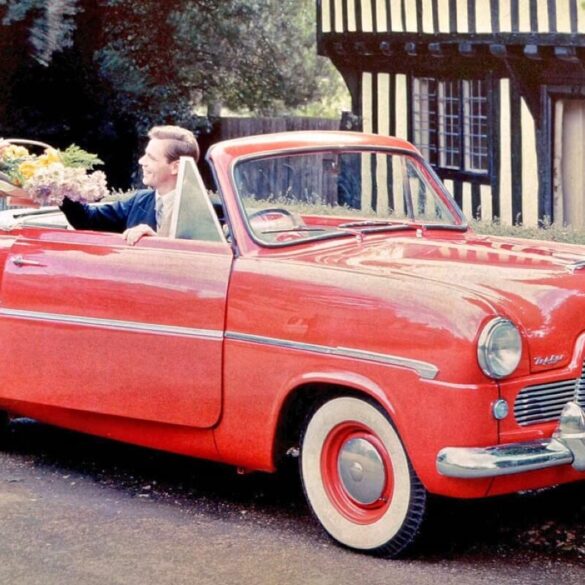 First car to have MacPherson struts

The British Ford Consul and Zephyr were two of the most influential cars to come out of the 1950s.

This duo had a convoluted genesis, the outcome of an abandoned small car project by General Motors (GM).

Back in 1945, GM announced it was planning to market a “small” Chevrolet , the Cadet, sometime in the next couple of years.

The engineer in charge of the project was Earle MacPherson.

It had unitary construction.

The front suspension was an innovative independent coil and strut system, designed by MacPherson.

Brake, clutch and accelerator pedals were suspended from the firewall, rather than sticking up through the floor.

The problem was that all this innovative technology cost money.

The accountants calculated that the car needed to be priced close to a full-sized Chevrolet to return a decent profit.

The project team tried to cut costs by deleting some of the innovations, like the independent rear suspension.

But this still did not bring the retail price down to an acceptable level for GM’s bean counters.

Mind you, this was during the immediate post-WWII consumer boom, when American car companies could sell everything they made — and at full price.

The accepted wisdom at the time became: “Why bother with a low-priced small car when we can make and sell big cars at big prices for big profits.”

In May, 1947, GM announced that the project had been shelved.

MacPherson was not pleased.

Ford heard of his disappointment and offered him a job as chief engineer.

He did not hesitate and moved to Ford.

MacPherson arrived at Ford just in time to influence the front suspension layout of what would become the 1948 Ford Vedette in France.

It featured a strut system and thus gets line honours for being the first production car to employ such a system.

Vedette was not a particularly stylish car and looked from every angle as though it had escaped from the early 1940s.

The car was also small by American standards.

Sitting on a 106 inch (2690mm) wheelbase, it had been designed in Detroit in anticipation of it being the 1949 full-sized American Ford.

But, like GM, small cars were not in favour at Ford in the USA.

It was quickly replaced by a hastily designed bigger car, which would become the company’s 1949 financial saviour.

Not wanting to waste what had been achieved, Henry Ford II decided ship the small car’s tooling to France, where it became the Vedette.

And, although the Vedette was the first with struts, it was the 1951 Consul/Zephyr into which MacPherson poured all his knowledge.

The Zephyr’s six-cylinder engine was a new OHV unit of 136 cubic inches (2.262 litres) and was quite similar in its technology with the Cadet.

The Consul used a four-cylinder version.

The styling was reflected the shape of the 1949-51 American Ford and was well accepted in the UK and export markets.

The duo was also built in Australia, where they competed against the homegrown 48-215 Holden.

Their sales success made other car makers take a close look at its suspension design.

They found the struts were a very cost-effective way to deliver good handling in unitary constructed cars.

The global trend to MacPherson strut suspension had begun.