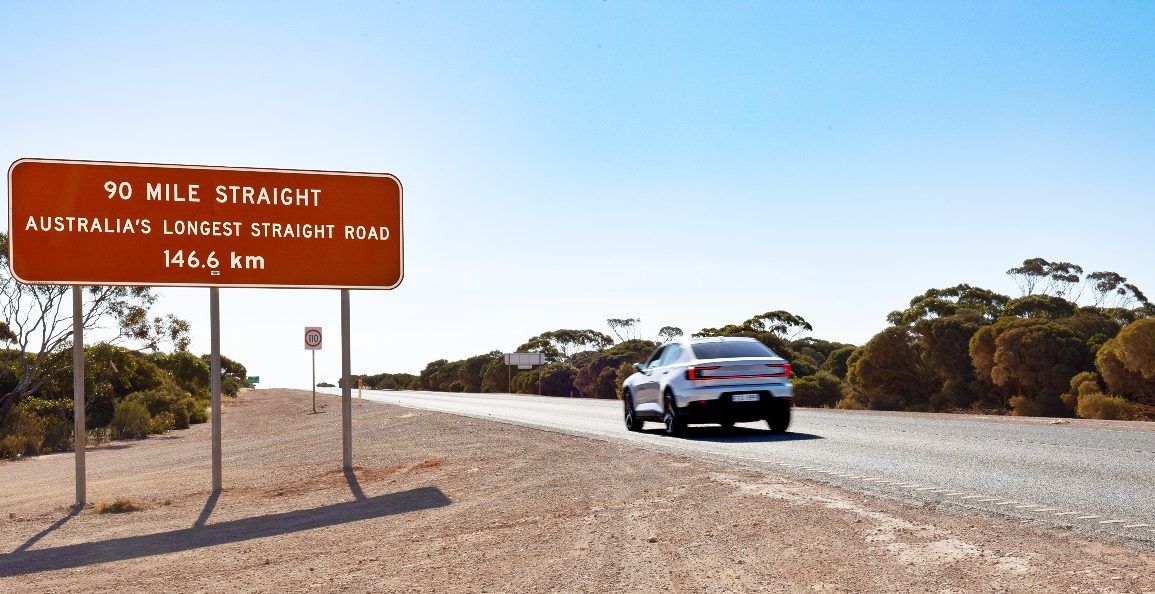 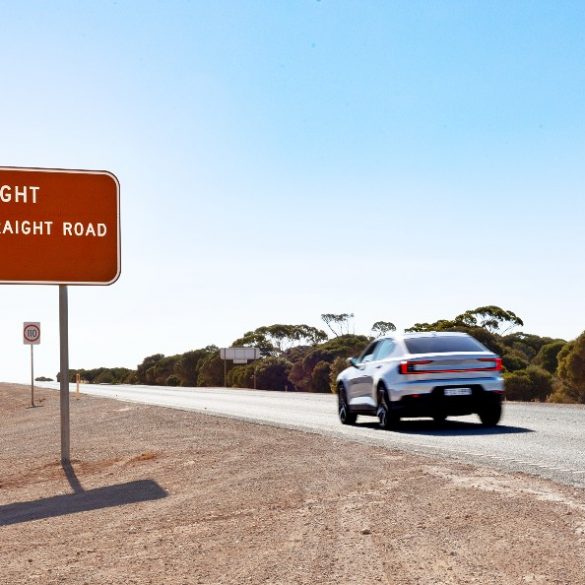 On the road.
Charging ahead
1 min read

Home
Charging ahead
Fat chance — Nullarbor no barrier to EVs

With their limited range, you’d reckon electric vehicles (EVs) would have a ‘fat chance’ of making it across the Nullarbor.

There’s a 720km stretch of the Eyre Highway between SA and Western Australia that is simply beyond the reach of even the best EVs.

That is until now.

A crowd-funding campaign to pay for a fast charger could be the answer to what is surely an unasked question.

The charger, which began operation on January 16, is located at the Caiguna Roadhouse — 370km east of Norsemen and 370km west of the South Australian border.

It’s a special kind of charger too, one that draws its power from a generator that is fueled by recycled ‘fish and chips’ oil.

The roadhouse represents the halfway point between the two states and offers sustainable charging that effectively plugs the gap, allowing EV owners to traverse the Nullarbor.

It became a pitstop for the new Polestar 2 electric car recently as it made it way across the Nullarbor, presumably to promote the real life benefits of the car.

The Polestar goes on sale in Australia next month, with reservations available at www.polestar.com/au.

The BiØfil charger extracts energy from waste oil using a generator, but is an entirely net-zero exercise, with no incremental impact on the environment.

The vegetable oil for the fryers comes from seed crops, such as canola and sunflower, which absorb CO2 and sunlight, and the CO2 produced to power the charge system is the equivalent to CO2 absorbed.

Any EV with a CS2 charging connector can fast-charge using BiØfil.

BiØfil is a non-profit undertaking, developed to benefit of the electric vehicle driving community as a whole — not one brand.

It’s the idea of retired engineer, Jon Edwards, who identified that the proposed electric vehicle highway in Western Australia left a gap on the Nullarbor, and with it, the ability to drive an electric vehicle (EV) around Australia.

“The cost of installing an equivalent solar-powered EV fast charger is over five times the cost of building the BiØfil fast charging unit,” he said.

“Solar energy would not have been economically feasible for such a low traffic location, making BiØfil the environmentally friendly interim solution for EVs driving across the Nullarbor right now.”

The crowd-funding campaign “The big lap has gaps” is supported the University of Western Australia and has raised $70,000 so far with a target of $150,000.

CHECKOUT: Porsche Taycan: Takin’ it to a whole new level