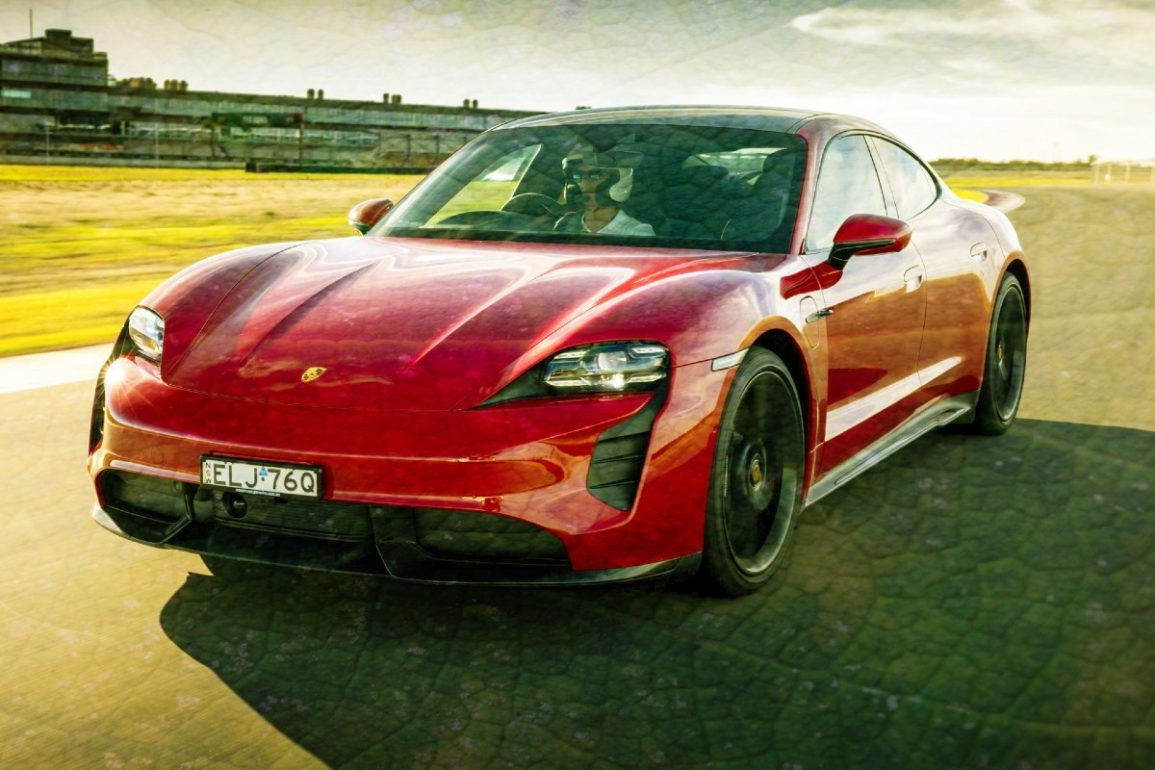 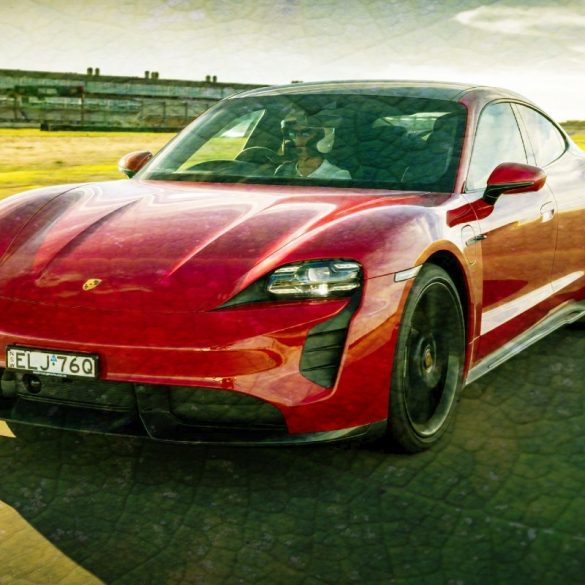 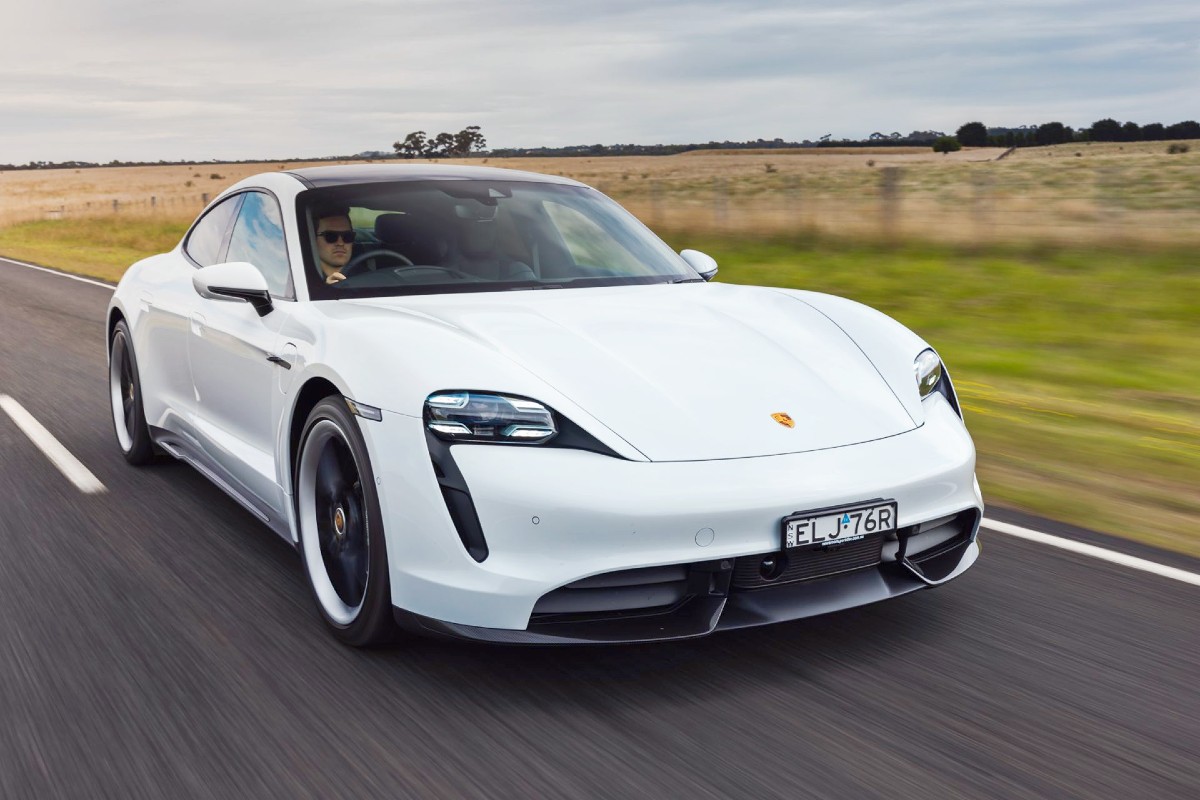 The German car makers are all very serious about the need to lower the emissions of greenhouse gases, so are working hard on reducing them by designing electric vehicles.

As a high-performance marque Porsche is one of the leaders in the field. Hence the introduction of the all-electric Taycan high-performance sedan – yes sedan, this is a four-door family car — not a two-door coupe.

Taycan is composed of two terms of Turkic origin and can be roughly translated as “soul of a spirited young horse.”

Porsche tells us its first fully-electric model will be: “lively, impetuous, vigorous, light-footed on long stretches without tiring, and
free-spirited.”

Okay, this may sound like a bit of over-blown waffle to we down-to-earth Aussies, but having driven it we tend to agree. 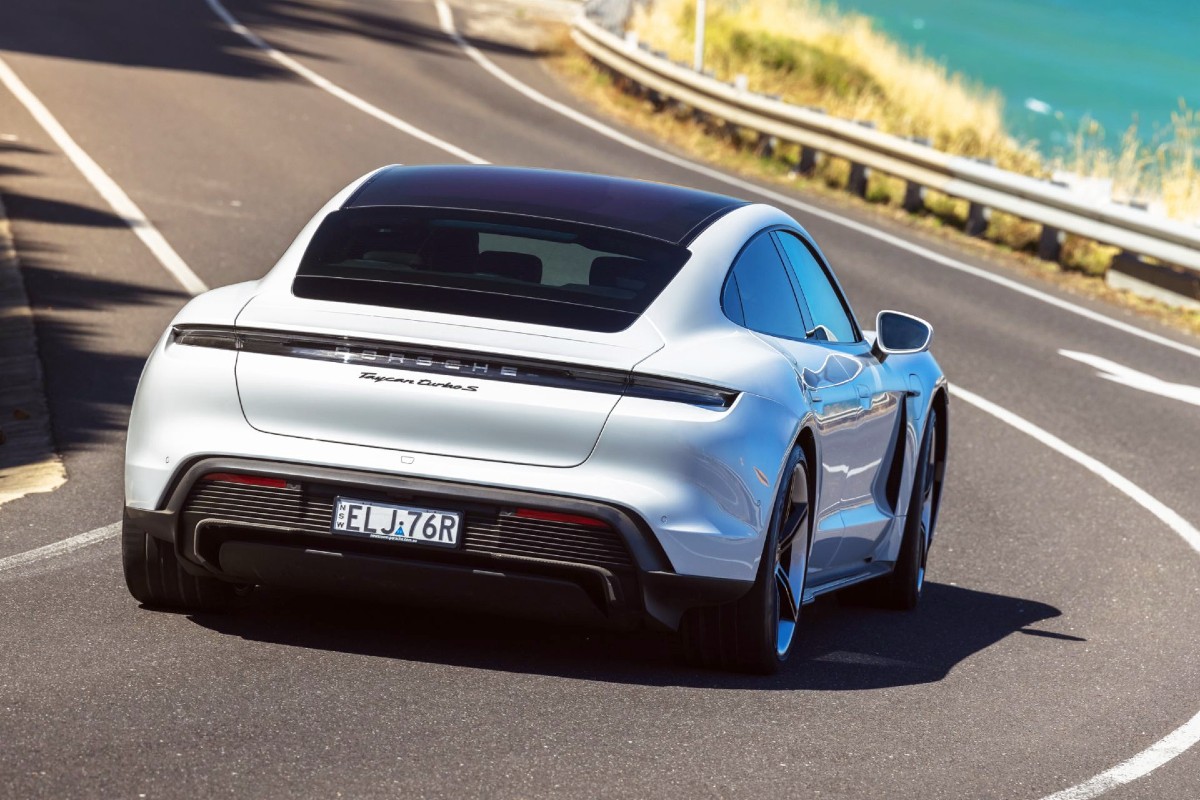 Taycan looks slightly odd at the front to my eyes, with its slightly bulbous “bonnet” and vertical lines beside the headlights.

Beauty is of course in the eye of the beholder and others may love it.

I reckon the rear is much better, with a swooping coupe-like tail and a large black sunroof which merges beautifully with the black glass of the rear window.

The one in front of the driver is large and contains plenty of information on the Taycan’s state of play.

The left screen is in front of the passenger and lets them keep an eye on the map to assist with navigation.

There’s more space inside than you might expect, partly due to the fact that it’s almost five metres long.

There’s seating for four and those in the back won’t have to ask those in front to give up any space.

However, tall people in the back might brush against the roof.

The front seats are heated and cooled and are nicely shaped for support without being too aggressive.

A 14-speaker Bose system provides excellent output and we found it easy to adjust it to our preferences.

Porsche Taycan was awarded a five-star safety rating by Euro NCAP in 2019. 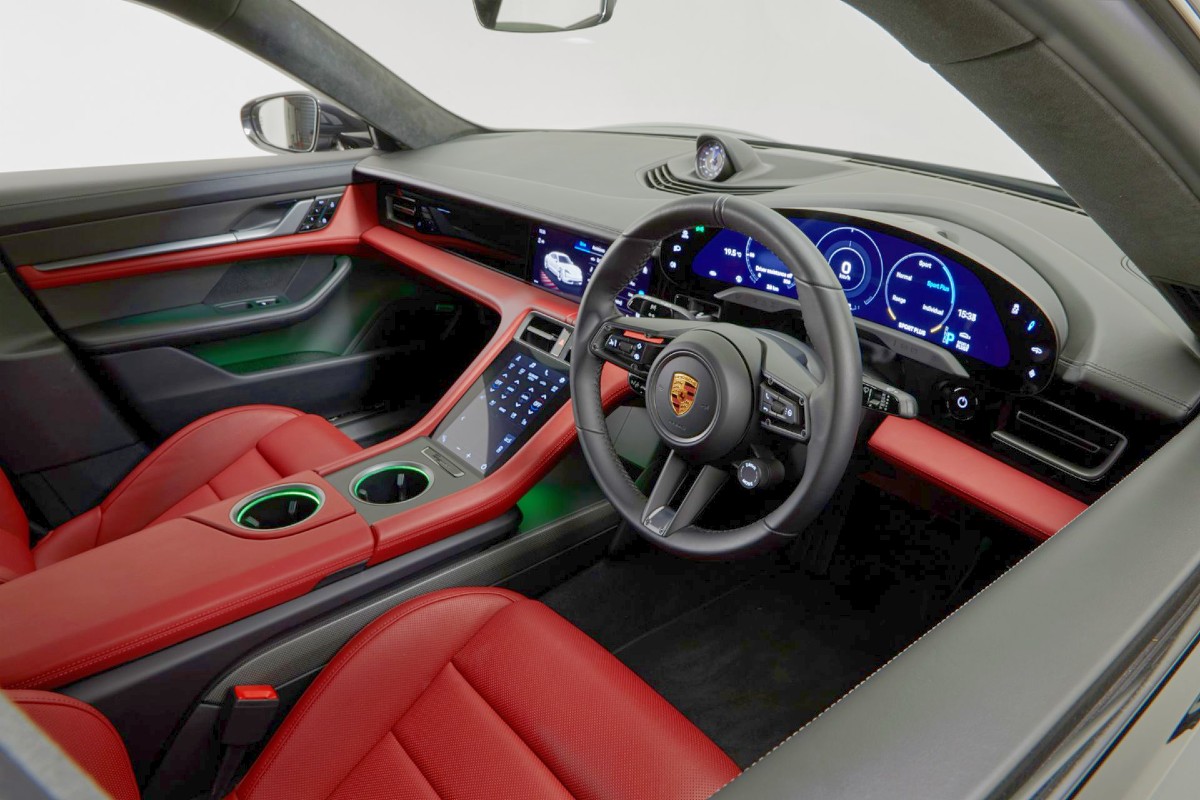 There are two electric motors one at the front the other at the rear.

The range of the Turbo S is rated as 390 to 416km under the Worldwide Harmonised Light Vehicles Test Procedure.

As a strong selling point, in Australia the Taycan comes with a free, three-year Chargefox subscription.

We have always enjoyed the way electric powered vehicles leap off the line and have tremendous torque – but the Taycan is something else again.

The first time I did it, my head thumped back into the headrest and my neck felt strained.

I didn’t make that mistake again, making sure it was against the headrest, thereby being able to enjoy the full dragster-like performance.

Back when I was a young fella road testing high-performance cars in the 1970s anything under six seconds to 60mph (97 km/h) and quicker than 15 seconds for the quarter mile was the goal — and that needed a large, hot V8.

This electric Porsche is well under three seconds to 100km/h, and single figures for the quarter mile. How times have changed.

On the road Taycan has clever electronics to assist cornering by feeding just the right amount of torque front and rear as well as side to side.

You can feel it happening, but we didn’t have access to a race track to test it to the limits. Maybe some other time . . .

Comfort is good for a high-performance car and keep in mind that this is a four-door sedan not a two-door sports coupe.

On some surfaces there is a fair bit of tyre noise, on others it’s as peaceful as any upmarket, mid-size luxury vehicle. 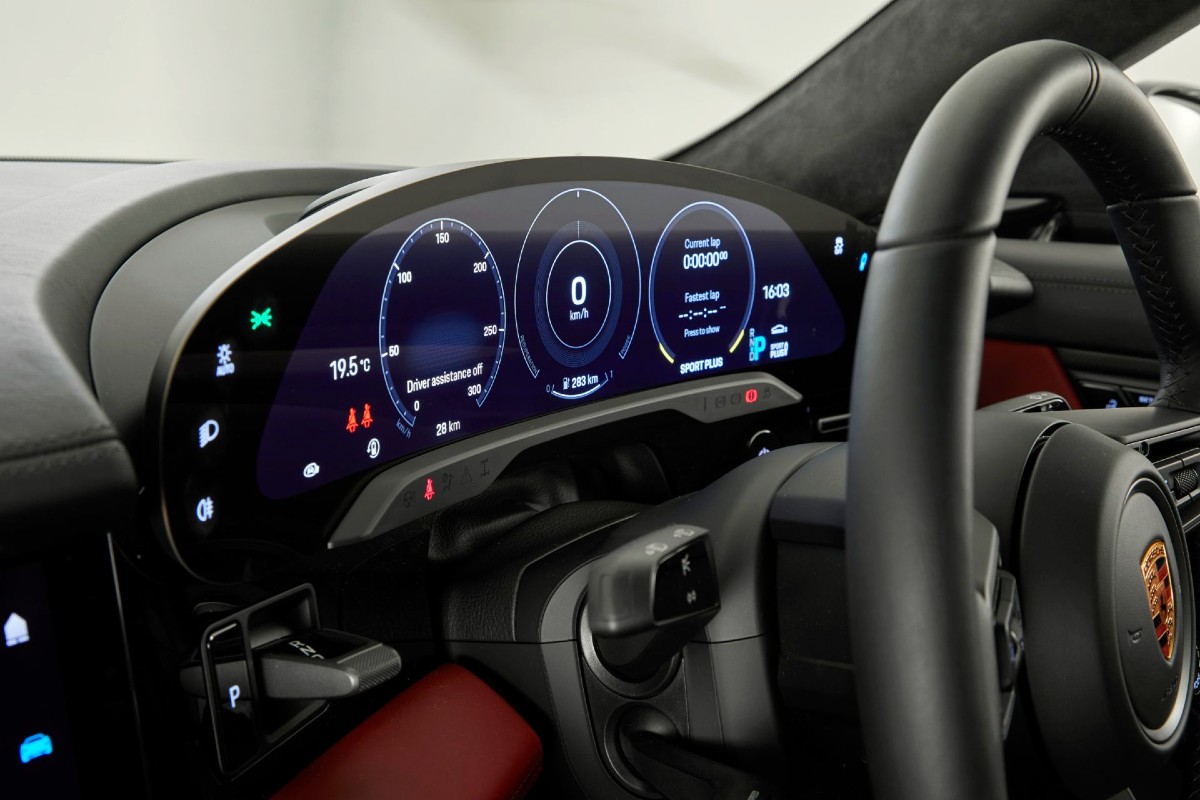 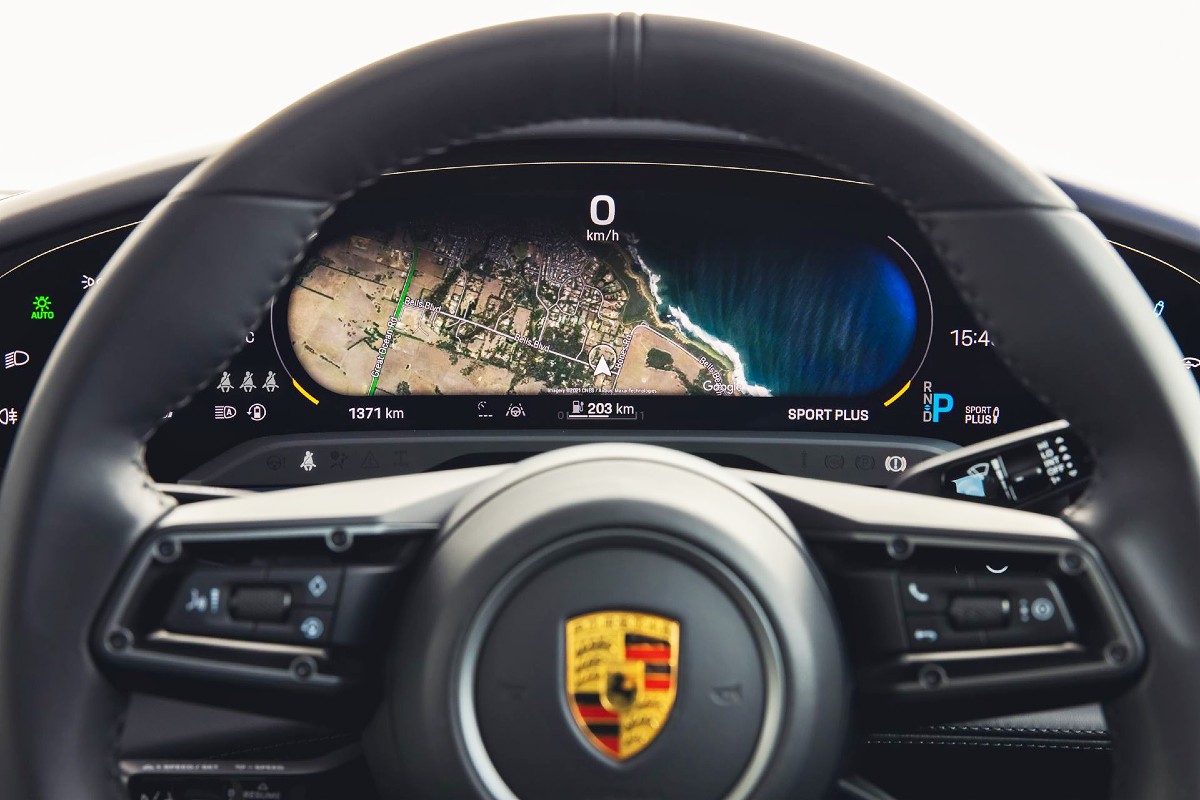 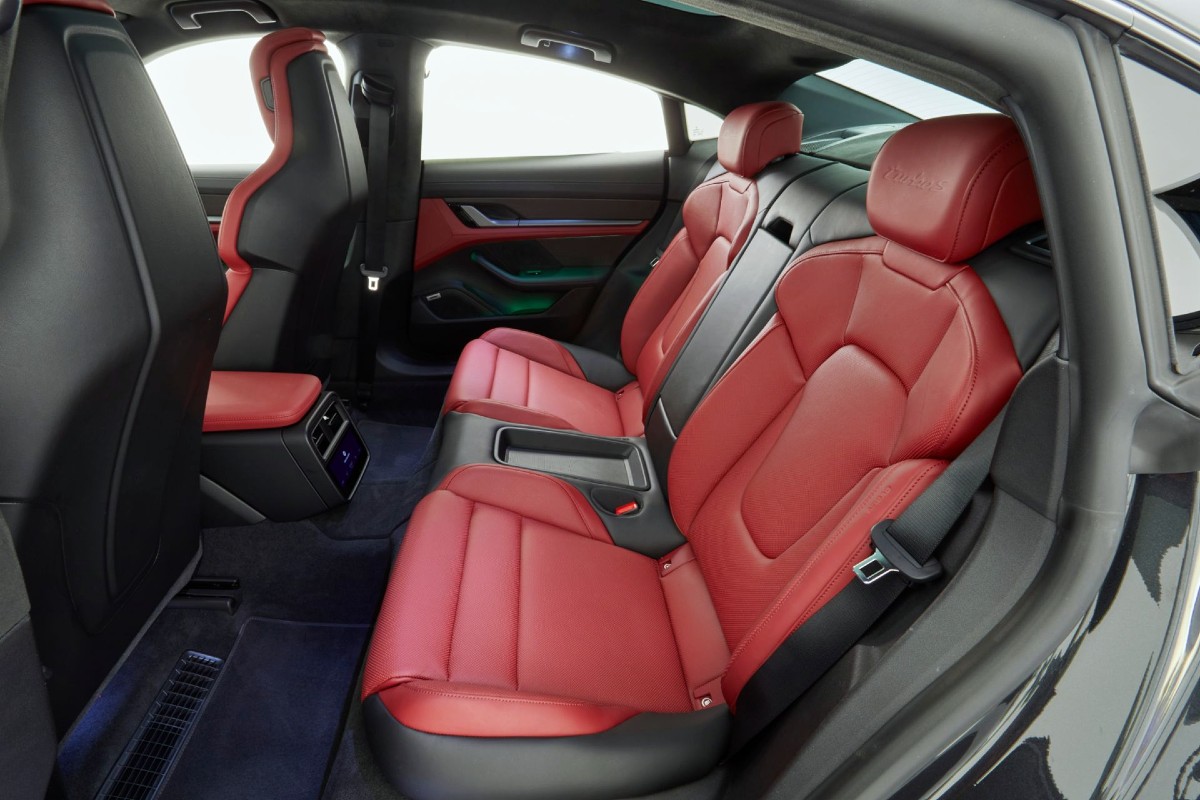 The vehicle was powered by an octagonal electric motor with three to five horsepower, and had a top speed of 25km/h. 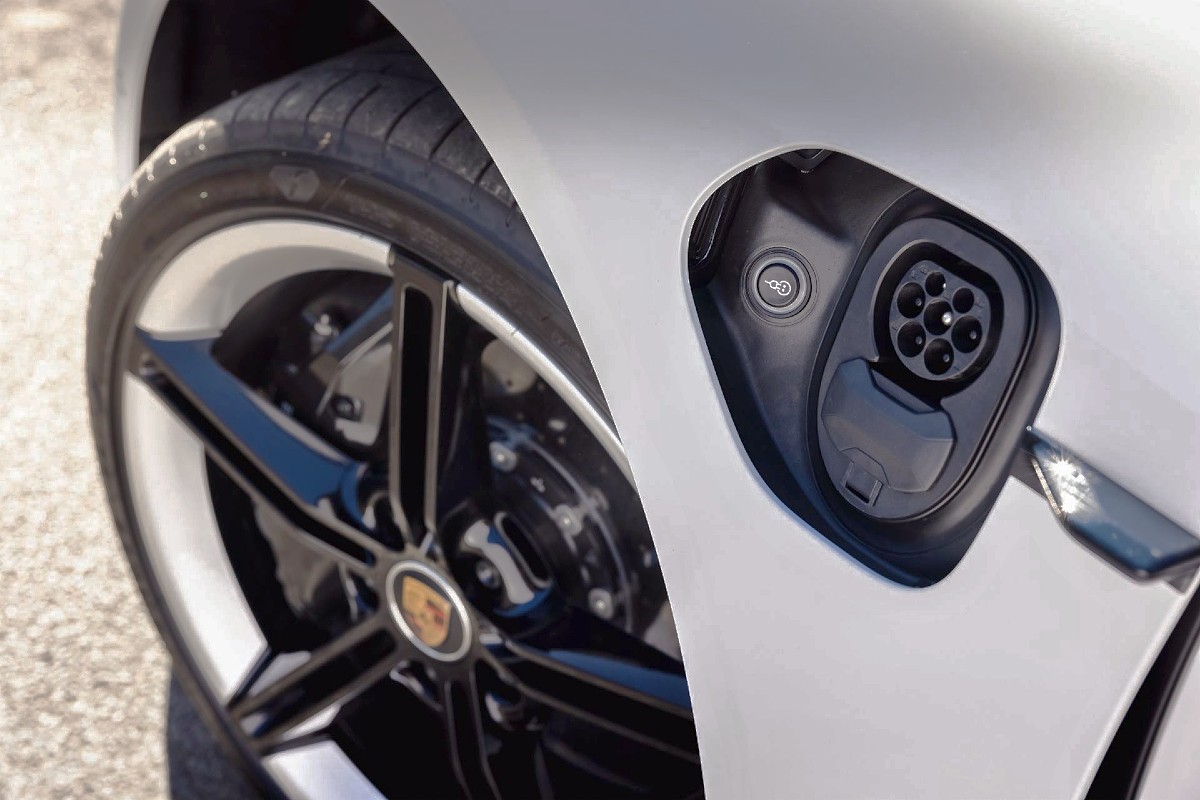 Check out deals on the Porsche Taycan